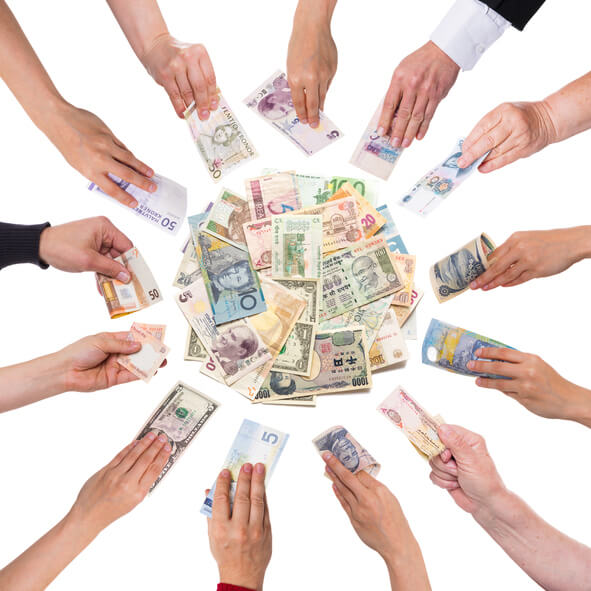 Crowdfunding is one of the newest forms of investment in India and is lately getting attraction from businesses. It’s like a taking loan, pre-order & contribution from more than one individual at a time. [1]

It is a popular idea that emerged in the US and the UK. It is evolving way of raising the investment and involves the use of social media & internet. In India, crowdfunding is considered as a mode to connect investors with innovative start-ups using an online portal. It additionally helps in eliminating the possible barriers to the entry. [2]

India undeniably is emerging as the most promising economy in the world. The concept of crowdfunding adopted in India well before the invention of the term. For example, donations collected to raise a temple or for a charity. However, online crowdfunding concept is still in emerging stage.

Popular portals like Wishberry, Indiegogo, Ketto, and Crowdera are recommended platforms for crowdfunding in India. Majority of Indian crowdfunding platforms are in reward & donation phase due to regulatory issues. [3]

Crowdfunding in India is increasing

Crowdfunding is an online platform that acts as a mediator between the investors and the founders seeking investment. [4] Current crowdfunding platforms are less than a decade old globally and are even younger in India. Every day, 3 to 4 startups are established in India. The developing country has over $5 billion dollar worth investments.

With the increase in competition for resources and investment, crowdfunding can become the go-to method for startups that need to raise funds. Its presence in India has forced creative individuals to step out of their comfort zones and chase their dreams.

In spite of the issues in equity-based crowdfunding, other types are also increasing rapidly. Moreover, it can be seen in micro-lending & generous funding. An efficient crowdfunding platform can play an essential role in bringing the start-up ideas into reality. [5] There is a no doubt that, crowdfunding in India is perceived as a key factor in raising funds for startups and new ventures.

With more than 200 projects across various creative classes and a group of about 10,000 supporters alone stand testimony to the fact that crowdfunding has arrived in India and is here to stay.

How much money raised?

A number of projects crowdfunded were more than 150 and total investment raised was above US$ 30 million in FY 2014-15. Delhi & Mumbai mainly contribute to this investment. More than 60% of investors are from non-metro cities & international destinations.

Average investment drive in Crowdfunding section totals US$ 171.60, and the transaction value amounts to US$ 6 million in 2017.

Technologies and applications for crowdfunding in India

The support for Indian entrepreneurs is growing quickly – the accelerator, crowdfunding ecosystem is maturing, the investment climate is at peak, and the government’s talking about increasing ease of doing business. Indian start-ups have got the confidence to match their counterparts from the west due to the number of available funding options.

India provides great ways for investments in various sectors. So apart from IT and ITES sectors, investors are looking to bet on E-commerce, Internet services, Clean Energy, Healthcare, and Infrastructure as well. More than 500 million people are supposed to come online over the next three-four year on cheap smartphones in India. That’s a tremendous opportunity for both entrepreneurs and investors.

For instance, a mobile app that provides grocery or medical services at affordable rates.

E-commerce in India only got a boost when they initiated the concept of cash on delivery. At the same time, crowdfunding will have to build an offline base & create mass awareness. [6] The expert believes trends in most of these areas are looking up and investing here for the sustainable period will pay rich dividends.

Trends and challenges for crowdfunding in India

In past years, crowdfunding for businesses was a novelty, a rare exception to the conventional means of bank loans, venture funding and borrowing money. Non-profit and charity industry has largely benefited from the growth of Crowdfunding options. [7]

Just five years ago there was a comparatively small market for online crowdfunding, and industry saw US$16 billion crowdfunding in FY2014. Crowdfunding market has reached a long way since its valuation of US$880 million in 2010 to US$34 billion in FY 2014-15.

Crowdfunding industry is growing every year and increasing its wings across diverse funding models; which include reward, donations, equity & lending. The World Bank estimated that crowdfunding would touch $90 billion by 2020.

In short, the crowdfunding industry is climbing rapidly with VC and angel funding firmly in its crosshairs.

Examples of startups that have raised money with crowdfunding in India

Crowdfunding is slowly becoming an alternative investment channel for the film industry. Film Director from Karnataka, Pawan Kumar raised Rs 51 Lakhs using Facebook & other social media platforms. [8] The poster boy for crowdfunding, who created hope for how new-age Kannada movie could be made, is on the point of a new release.

Three years ago, Pawan Kumar pursued crowdfunding for his film called “Lucia” after conventional producers were not ready to fund him on original terms. [9] Before that, he had written two successful movies and made a commercially successful directorial debut with Lifeu Ishtene. Everyone was surprised and paid attention when Kumar raised an astonishing Rs 51 lakh in 27 days for Lucia, without disclosing what the film would be.

Another successful example was seen when the founder of the Reliance Industries Dhirubhai Ambani was first to use the methodology of crowdfunding. Local groups crowdfunded his small yet a growing textile business across Gujarat. Today’s India with its big market and human capital has become a popular destination for a global market and other investments that have identified opportunities.