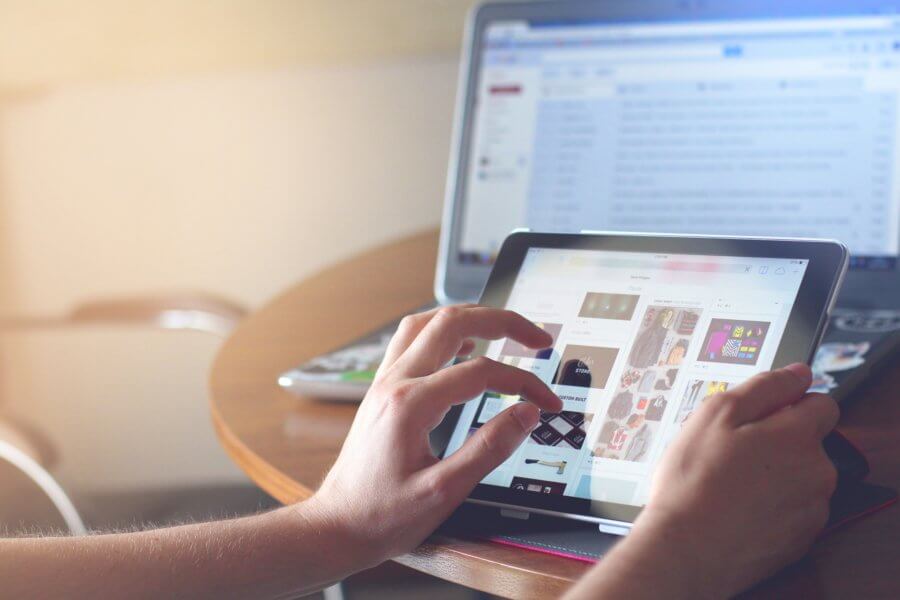 India is one of the fastest growing economies in the world and evidently drawing more investment in the country. For instance, founders of tech giants like Google & Yahoo are actively looking for venture openings in India. Even lesser known angel investors in India who invest smaller amounts investment at the start-up level – have taken an interest in India’s rising number of entrepreneurs, giving them not only with start-up capital but also with their market knowledge and networks from their partners. Angel investors are investing heavily in IT, healthcare, crafts & apparel sector recently.

What is meant by an ‘angel investor’?

Angel investors are from entrepreneur’s friends & family and invest in new and small start-ups. Angel investors usually offer a one-time investment to help and support the company in its tough period of early stage.

Securing investment from banks is difficult because of the lack of knowledge of IT, and if you can get it, the interest rates are pretty high. Hence more and more entrepreneurs are looking for alternative options. Five years ago, there were only few angel groups in India. Now several have been established, with a presence in most of the country’s major cities.

Angel funding in Indian startups hit a five-year high in the March 2016, as venture capital firms and previous angel investors pumped in cash to support the fresh batch of start-ups, according to a report by InnoVen Capital.  The report indicates angel funding in India in FY16 stood at ₹113.6 crore across 69 deals, a rise of about 62% in deal value and 47% in deal volume from the previous financial year. In FY15, about ₹70 Crore invested across 47 deals.

Analysis of registered angel investor shows that 88% of angel investors are from Tier 1 cities followed by Tier 2, Tier3 cities with 11% and 3% respectively. There is an apparent concentration of investments in a few cities as one might expect: Bangalore, Mumbai, NCR, Chennai, Pune, and Hyderabad.  The other cities have hardly any significant number of investments. Among the six-tier 1 cities, Delhi-NCR has the highest number of angel investors, and it is followed by Mumbai & Bangalore respectively. The three cities together contribute to 88 percent of total angels in tier 1 cities.
While cities like Chennai, Hyderabad & Kolkata only account for 12 percent of total angel investors in tier 1 cities of India. [1]

Unlike VC funds, angel investors write checks out of their accounts. They want to connect with entrepreneurs and their businesses, but also with people. In return, the angel gets a percentage of your business, for instance, 10%. With the investment made, angels own that part of the company & get future profits. [2] It’s also possible for the investor to take the form of a loan, but an equity stake is more usual than that.

Who are the angel investors in India?

Angels are people with available money, which is invested in small ventures. Usually, they are successful entrepreneurs itself, looking to fund promising businesses.

With the investment made, angels own that part of the company & get future profits. Most exciting thing about angels is that they don’t make money from their investment. In other words, working with them makes sense at early-stage of business. [3] Going to them too soon or too late will reduce your chances of getting interested. Angels trust that you have done research & due diligence while approaching them.

They usually sell their stake (five to seven years down) in an endeavour to get a significant return.
If your business doesn’t prosper, you don’t have to return them anything as you would do with the loan. All they are entitled to is agreed stake (10-15%) of the company’s value, whether it is zero or millions of dollars.

India is an entrepreneurial nation, but its entrepreneurs have had to fight to create and grow their business ventures. Accelerating entrepreneurship and business creation is essential for large-scale unemployment gap. Moreover, entrepreneurship tends to be innovation-driven and also help generate solutions to India’s multiple social issues including high-quality education, low-cost health care, clean energy, and financial inclusion. Entrepreneurship-led growth is more inclusive and usually does not involve a manipulation of natural resources.

In India, a large number of angel networks have come alive in the past decade. The amount of funding received through angel deals shows growth in the investment activity of angels, with a sharp rise of financing coinciding with the commencement of business by angel networks.

The number of angel deals grew from 18 in 2006 to 20 in 2007. In a span of 7 years, the number of networks has increased 20 times, from 20 in 2007 to 400 in 2014. The growth of angel funding in India has been slow. However, experts also believe that like Silicon Valley, angel investors will discover their way to Indian startup, with the help of tools and right promotion.

The angel investment interest is growing in India, and it is creating a niche for investors. [4] Indian Angel Network (IAN) has grown from 12 members in 2006 to 140 members in April 2006 and is growing exponentially. Anil Joshi, a member of Mumbai Angels, affirms that more people have started joining organized channels and this has led to a greater deal flow. “Now, we have access to ventures that are in the concept stage to three-year-old firms,” he says.

Members of IAN invested in 23 companies, including four overseas. A formal angel network “Mumbai Angels” started with only two people; it grew to 20 in 2006 ad more than 100 members in 2016.
Correspondingly, Chennai Angels have fifteen members including top entrepreneurs like Gopal Srinivasan, R Ramaraj, Suresh Kalpathi, HR Srinivasan and others. [5]

Where to find angel investors in India

Angel Investors have to play a significant role in Indian startups. Indian Angel Network (IAN) connects entrepreneurs with angel investors from India & abroad. It is a group of angels keen to invest in early-stage start-ups with a new & innovative product. The members of the network are chiefs in the Entrepreneurial Eco-System as they have had the high functional background as CEOs or an experience of creating new and successful ventures.

If you consider working with angels, the first step is to find one. Several web platforms aim to connect companies with investors, for example, India Angel Investors and Indian Angel Network (IAN).

One can find the members of IAN on below link:
https://www.indianangelnetwork.com/individual-members

The Top 37 Most Active Angel Investors Of India For Startups

Many cities have their own local “networks” of angel investors, for example, The Mumbai Angels in Mumbai, The Chennai Angel in Chennai, and The Hyderabad Angels in Hyderabad.
www.mumbaiangels.com
www.thechennaiangels.com
www.hyderabadangels.in
The excellent way to find an angel investor is a substantial introduction from a co-worker or friend of an angel. The use of LinkedIn to discover connections can prove useful.

How angel investors in India invest

Angel investors generous individuals who invest time and money in startup companies. Angel groups are easier to find, and they can bring additional resources to your business. Several angels consider the founder & strong managing team are prime considerations for start-ups.
They tend to invest in local ventures because it is easier to do their background-check before issuing them cheques.
In a way, they try & help the local economy by investing the local firms. Additionally, mentoring local businesses is more convenient & cost efficient. [6] They also prefer investing in companies whose intended marketplace is not influenced by one or two big players with the resources to quickly duplicate or even improve upon new product introductions.

Angels try to invest early enough to make sure that the startup will succeed. Execution remains the greatest challenge and needs passion, determination and focus while capital can solve only a few problems. There are several `me-too’ firms now, and angels try to avoid them. They observe whether the idea and the business model is sustainable over time and whether these startups will be able to pull more capital after getting investment from us, etc.

They tend to look out for solid teams, highly motivated people and passionate about what they do, people driven by the impact of what they are doing. Whether product or service is customer-ready, that is validated by potential customers and whether a company has the competitive advantage over competitors.
Investment scope(how much):

Angel investors are helping Indian start-ups to grow their business. The deals increased from 47 in 2015 to 69 in 2016. [7] Angel investors usually fund round sizes between US$ 200,000 and US$ 1 million and can often assemble the resources necessary to support two or even three such rounds. Angels sometimes support deals that require more than US$1 million in a single round or more than US$2 million in total. There are not many investors who are funding larger deals with deep pockets.

Angel Groups work to arrange many angels together into a single investment that may average $750,000 or more.

Where are they investing?

An investment preference of angels depends upon how much these sectors have the potential for a significant number of the funding in that industry. The segments that caught the fancy of angel investors more recently are E-commerce, clean tech, education, healthcare and Internet services while some of the sectors such as BPO enterprises were popular in the earlier years of the decade.

Technology (IT, ITES) continues to be a hot favourite while mobile applications, software products, clean technology, healthcare and Internet plays are blipping on the angel investor sight.

A typical angel deal in India

The rising numbers of HNIs (High Net Worth Individuals) who are turning to angel investing are making way for some modern practices in startup investing. Angels invest in early-stage ventures or startups where they see a potential for the company to grow.

In the year 2016, Bengaluru-based interior decor startup MyGubbi raised US$2.5 Million from 30 individuals. Indian Angel Network has participated in the maximum seed round of investment in FY2016.

Angel Investors have to play a significant role in Indian startups. Angel investors are the prime reason behind the rise in the number of Indian start-ups and for the availability of funds. The advantage of angel funding is one often get a lot more one-to-one support and personal guidance, especially if they made their money in a similar field to yours.

Angel round, Series A, Series B

Each of these is an equity investment in a company by outside investors who purchase part of the ownership of the enterprise, in exchange for infusing new cash.

Angel rounds are usually the first investment that a company receives. It is followed by founders and friends & families funding. That is the small amount of money put in by individuals (rich people, CEO’s) and sometimes takes an active role in helping get the company off the ground.

Series A round is, therefore, the first outside money that invested in exchange of ownership. It is typically in the range of single-digit million dollars.

Series B is advanced funding where start-ups receive grants to even higher amounts from angels. It can also include funding from other recognised investors. [8] Series B investors get an average 33% equity in the start-ups, in exchange for an investment they make. [9] It results in proportionate dilution to Angel and Series A ownership percentages.