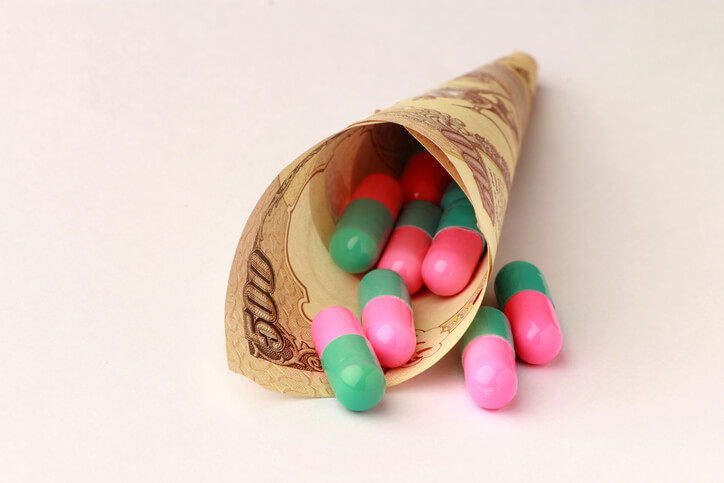 Startup India is a flagship initiative of the Government of India, intended to build a robust ecosystem for nurturing innovation and Startups in the country. It will drive sustainable economic growth and generate large scale employment opportunities. Government grants for Indian startups along with initiatives like Standup India and Mudra Yojana will take startup growth to newer heights.

The government, through these initiatives, aims to increase the number of startups and empower them to grow through innovation and design. To meet objectives of these efforts, Government of India announced an action plan that addresses all aspects of the Startup eco-system. With this action plan, the government hopes to accelerate spreading of the startup movement from digital/ technology sector to a wide array of areas including agriculture, manufacturing, social sector, health care, infrastructure, etc. and from current tier 1 cities to tier 2 and tier 3 cities including semi-urban and rural areas.

The action plan is divided across the following areas

India is amongst the top five countries in the world regarding startups. A state which is equipped with more than 65% of its citizens as a working class is indeed a country with unlimited opportunities for any startup. More importantly, the government is also providing financial support to the growing & innovative start-ups. The government of India has taken significant initiatives to reinforce the economy and make it an attractive destination for pioneering start-ups. [1] These efforts include Startup India, Make in India and Digital India along with several schemes to promote the entrepreneurship. The government grants include funding of US $1.6 Billion to support startups, as part of its budget 2014-15.

The government has formed an Electropreneur Park at the Delhi University to nurture 50 early-stage start-ups & create top five companies in next five years. The government lends grants to support technology and innovation by start-ups since 2012-13. There are also a limited number of government grants for women and minority-owned businesses. Entrepreneurs should approach the Chamber of Commerce for grants & other concerns.

Ministry of Science & Technology has also confirmed that it would invest US$749, 500 over next few years to support the start-up ecosystem. The Ministry has also started a new fellowship program for entrepreneurs. Under the program called “PRAYAS”, the ministry will provide funding up to US$149, 900 to each innovative start-up. [4]

The Indian government also runs an exciting program called PRISM, aimed at supporting technology entrepreneurs. Through this program, the government offers grants to innovators & entrepreneurs to showcase their ideas in science & technology. Venture Center was an outreach centre for TePP between Jan 2011 and March 2012. [5]

The Indian Government has also set up the Foreign Investment Promotion Board (FIPB) to promote foreign investment in India. Indian start-ups received more than US$ 680 million across 800 deals in 2016-17. It might look low-priced when compared to US$ 954 million in 2015. [6]

2016 witnessed a significant amount of funding and the investments in start-ups increased by 27% from 2015. While the year ends on a pleasant note, there are many expectations from 2017.

State governments are offering numerous funding options to budding entrepreneurs, and they are in the form of

Startups would be eligible to obtain tax benefits only after it has contained a certification from the Inter-ministerial Board, set up for such purpose. This board is set-up by DIPP would validate the innovative nature of businesses you have, however, the board completes final approval after your application.

Small Industries Development Bank of India (SIDBI) further sanctioned Rs 1, 000 crores to 30 venture funds through government funding. it helps startups in early stages.
They have also allotted additional investment for encouraging the founders of new start-ups & approved by an advisory committee. IAF will invest in venture capital fund which fulfils the requirements of MSMEs, especially start-ups.

TePP is a program of Department of Science and Technology, to renovate an individual innovator into a successful Technopreneur by supporting & funding him/her.

PRISM is for young students, professionals and everyday citizens interested in innovation and having an implementable novel change.

3. Financial Assistance to entrepreneurs for encouraging the start-up culture in India:

The purpose is to support and promote innovation and start-up culture in the country by providing funding and various other services.
Eligibility:

4. Financial assistance in the form of Patent Assistance for Electronics & IT/ITeS Start-ups:

To support and encourage innovation and start-up culture in the state of Gujarat.
Eligibility:

5. Financial assistance and other services to promote and encourage startups in Karnataka:

The purpose is to support and stimulate innovation and start-up culture in the country by providing funding and various other services.
Eligibility:

The purpose of this scheme is to establish and validate proof of concept and to enable creation of spin-offs
One can get assistance up to US$ 5 million under this plan.
Eligibility:

Some of startups and incubators receiving grants and funding from the government are listed in this document.
http://www.dipp.gov.in/sites/default/files/ru3054.pdf

The government aims to speed up the spreading of start-up movement. SIDBI has allocated a massive fund “Fund of Funds” of Rs 10, 000 Crore for start-ups. The fund will invest in SEBI registered Alternative Investment Funds (AIFs) which, in turn, will invest in startups.

Centre and state government are both taking various initiatives to promote start-up environment in India. Apart from the clarity in policy norms, Indian States have not been fully supporting the ambitious entrepreneurs.

Nonetheless, southern states have done notable work in recent years. Andhra Pradesh, Karnataka, Kerala & Telangana don better than rest of the country in shaping & executing the start-up’s policies. Karnataka has its start-up system, which permits setting-up of incubators at specific colleges. Also, a broader co-operation will be established between R&D institutes.

With its capital, Bangalore is ranked number 1 destination for start-ups; state established the first State-level startup warehouse in 2013 and the second in 2015.

Telangana got attention when it launched the most massive incubation epicentre in the country, called “T-Hub” in 2015.  Andhra Pradesh provided 17,000 sqft. Lab for research & innovation. It also has a unique fund name “Initial Innovation Fund” of US$ 1,000 million for entrepreneurs.

Kerala government has its start-up policy “Kerala IT Mission” launched in 2014, which aimed at raising Rs. 5,000 crore for start-up network. The state government also promised ten accelerators as incubation space of one million sqft. Madhya Pradesh’s government collaborated with the Small Industrial Development Bank of India (SIDBI) to set up US$ 2000 million as VC fund, with US$ 750 million provided by the government.

West Bengal government will provide funds of up to US$ 1 million to universities for inspiring entrepreneurship among youths. The Northern state of Rajasthan has also drafted its start-up policy in October 2015. State policy has an allowance of Rs 10,000 per month for a year to idea-stage startups and also provides marketing assistance of US$ 1 million for pilot start-ups. [9]