Digital health startup market in Israel | What’s the secret behind its growth?

Start-Up Nation, a website that closely watches the Israeli digital health sector, verified in a recent report that investments in the ecosystem rose by about 30% to $183 million in 2016. Out of this, health analytics and personal health tools companies got the lion share of over 70%. About 56% of Israeli digital health firms were confirmed to still be in the R&D and seed stage. This suggests that the nation is a gold mine of innovations and opportunities, which is among the factors causing the rapid growth of the sector.

The Times of Israel also reports that the nation has about 1400 active life sciences firms, of which 612 were established between the year 2007 and 2016. In 2016 alone, 20% of all high-tech investments went to the healthcare sector. 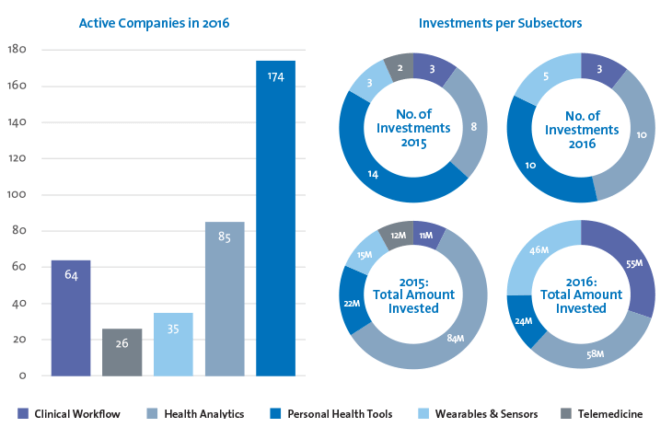 Leading Israeli digital health start-ups are not only making waves within the nation but across the whole world. For example, Nutrino Health employs data gathered through, medical devices, wearable, and sensors to treat diabetes by leveraging big data. An Israeli player in the connected insulin pen industry, Insulog, has produced a pen cap for disposable insulin pens. The caps help patients by supporting adherence. Allerguard has produced a customized allergen risk sensor to help patients with food allergies.

These are just a few of many innovative solutions from Israeli digital health startups.

Most of these startups target the American, Chinese, Japanese, and European markets. This is because they are the major regions from which they can get adequate funding and the market for their products too.

Many of them have gotten massive funding from sources like MedCPU, a real-time advice platform for patient care ($35 million), Simplee, an industry-focused payment software producer ($20 million), Healthwatch, an American disease risk management and preventative health screening services provider ($20 million), and so on. Most of these venture backings happen at the seed stage of the digital health companies.

Raising funds for your digital health startup in Israel

There must be considerable angel investment going into the Israeli digital health industry, considering the small number of digital health consumers the nation offers due to its small population.

The nation features one among the most extensive technology startups incubator and acceleration networks around the globe, digital health included.

A lot of incubators and accelerators that focus on digital health are pushing digital health start-up growth in Israel. Some of them are backed by world medical device, healthcare, and pharmaceutical companies that strive to leverage Israel’s powerful digital health ecosystem.

Notable accelerators include OurCrowd of Jerusalem which partners with the Johns Hopkins University to fund early start-ups, Samsung Runway which is an accelerator-based investor in Israel’s Samsung R&D centre and concentrates on mHealth, and MedXelerator which is another accelerator that’s supported by Intellectual Ventures, Boston Scientific, Sheba Medical Centre, and MEDX Ventures.

In 2016, EarlySense received $25 million as funding to develop its direct-to-client, contact-free sleep monitor further. This was together with Samsung. Sweetch, a mobile health technology company, raised, over $4 million in the last 2 years to work on its predictive mobile platform which utilizes unique algorithms to drive personalized and long-term behavioural changes for preventing diabetes. 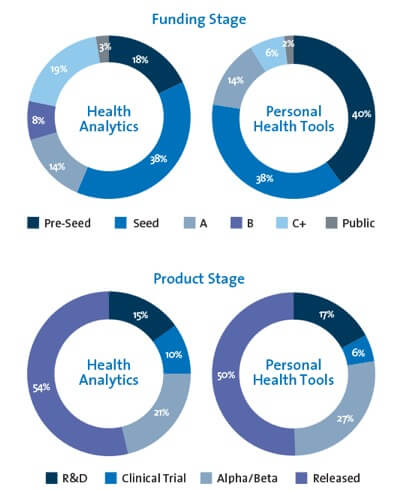 The massive rise of the Israeli digital health industry is not unconnected to certain regulations and policies that govern the sector. Some of them include:

There are several reasons why these policies enhance digital health investment in Israel. Firstly, education from kindergarten through grade 12 is compulsory in Israel. The nation’s school calendar differs from that of the rest of the world, and all progressive schools are funded by the government. These elements of Israeli education and talent development positively benefit the digital start-up health market by breeding real creativity in the students.

Digital health technology is the future of global healthcare and Israel is certainly helping by leading the way. The nation’s life sciences industry attracted investments to the tune of more than $820 million from foreign and internal venture capital companies in 2016 alone. With Israeli digital health firms that are still in R&D and seed stages at more than 56%, the actual potential is just starting to materialize.

The ageing global population is rapidly transforming the global healthcare environment, and the changing climate, regulatory and latest tech innovations promise enhanced health quality and access for all global patients.

In such a truly disruptive environment, Israel appears to be the powerhouse because of its powerful digital health startup ecosystem, perfect research infrastructure, devoted government efforts and bountiful talents. You should aspire to be part of it either as an investor or a consumer of any of the various amazing products and services the sector offers to the world.