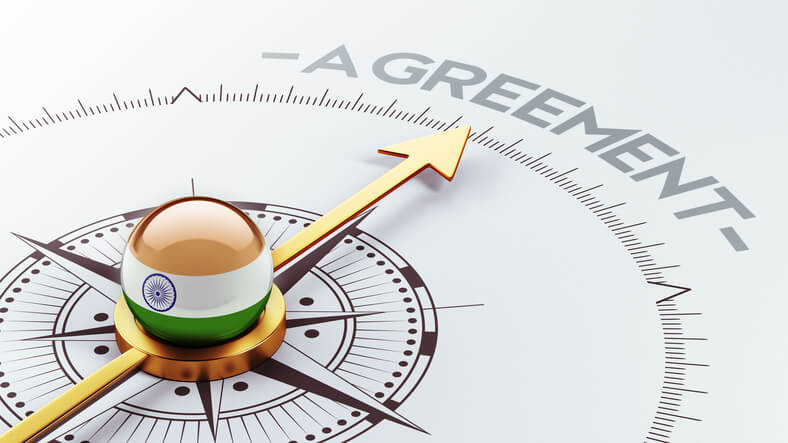 India is growing at an incredible pace and is ranked third in the startup world with an astounding 4200 startups, after US and UK. With its immense growth potential in the number of active investors, improved political environment, and growing interest from foreign investors, this pace is only going to gain momentum. However, funding and sustainable ideas and finding the correct individuals are the biggest challenges. As a result, a lot of bright ideas were founded and subsidized in the vicinity of 2012 and 2015, but only a small number of them could find the way to success. Thus, it has become increasingly important to have a well-defined startup policy framework in India.

Indian startups were facing numerous problems due to various difficulties in controlling business in India such as tedious bureaucratic processes, lengthy incorporations and settlements, restrictions on shaping transactions, issues in early-stage funding and exits, and compliance with several laws and regulations. To solve these problems and to improve startup environment in the country NDA government prepared a startup policy in India. The new ecosystem focused on systematic ease of doing business in the country as well as minimal interference by the government.

On the celebration of India’s 69th Independence Day that PM Modi announced the Startup India program from the ramparts of India’s iconic Red Fort. The objective of the initiative was to fund budding Indian entrepreneurs to explore and pursue their unique business ideas, to create a conducive environment for start-ups, and to avoid the migration of talented entrepreneurs from India. Start-up India action plan presents a separate regulatory structure for start-ups. Just five months later, on 16 January 2016 at the event of a global workshop on startup entrepreneurship conducted by the Government of India in New Delhi the much awaited ‘Startup India’ program was launched by the Honourable PM Modi to boost the startup ecosystem in India.

Using this plan, new startups in India can avail of regulatory and tax compensations for three years; capital investment gains tax exemption and access to funds worth US$1.5 billion from the government body. A self-declaration compliance network is now in place, for nine labour and environment laws, where there will be no investigations for the first three years of the launch of the start-up.

It also has additional benefits like reduction in patent registration fees (by 80%), more easier entry & exit norms, protection of intellectual property rights (IPR), and provisions to promote entrepreneurship among women and SC/ST categories.

The Department of Industrial Policy and Promotion (DIPP) will have a mobile application that will use as a single point of contact for all services from registration to meeting compliance measures.

PM Modi announces Digital India initiative in Jul 2015, with an attempt to transform India into a digitally empowered country & organised economy. [1] E-governance programs were started in the mid-90s for broad sectoral applications with priority to the citizen-centric services. After a period, many states began electronic services to citizens. Though these programs launched with residents in focus, they could hardly make an impact due to limited features. It was pointing towards the need for comprehensive planning and execution of infrastructure needed and issues need to be addressed in support of the government.

The government approved e-Kranti program with the aim of moving from governance to e-Governance and minimised the limitations. All new and current e-government projects, as well as the enduring projects, should now follow the essential standards of e-Kranti namely ‘Transformation and not Translation,’ ‘Integrated Services and not Individual Services.’

Digital India program focuses on preparing India a progressive nation. It aims to bring technology to the central stage & bring change in lives of citizens. It is a joint initiative which involves the participation of public, technology sector & the government. It combines a large number of ideas and thoughts into a single and comprehensive vision. Each section stands on its own but is also part of a larger picture. It is coordinated by the Department of Electronics and Information Technology (DeitY) and implemented by the government ( IT and Communication Secretary of GOI). It brings together existing schemes, which are restructured and executed in a synchronized manner.

The program contains tasks to make sure that government services are available to people digitally (online) and people get the benefit of the latest information and connections through technological innovation.

Start-ups are permitted to certify contract with nine defined labour & environmental laws, through a mobile application to be launched by the Government. For labor laws, no evaluation would be conducted for three years. As far as environmental laws are concerned, startups under ‘white’ category would be able to self-certify compliance.

A startup will be able to set up by just filling up a simple form through a mobile application and online portal. It has options for accessing registration certificate, engaged with various partners( VCs, incubators, etc.), applying for multiple Government schemes, etc.

Due to the issues related to copyright and IP rights, the government has made IPR procedure transparent for start-ups, and it will have a fast-track mechanism.

4. Council of facilitators to provide legal support and support in a filing of patent application:

Facilitators should provide aid in filing and disposal of patent applications, trademarks, etc. The government will cover the fees of facilitators.

To enable startups to reduce costs in early stages, they are being granted an 80% reduction in filing patents against other companies. It will be a pilot scheme with the duration of one year, and it will be fast-tracked.

To compete with the seasoned companies, startups (especially in the manufacturing sector) excused from the conditions of prior experience or turnover without any relaxation in quality standards, parameters, etc.

To make it simpler for startups to exit, clause for a faster closure of firms is included in ‘The Insolvency and Bankruptcy Bill 2015’

To provide ample funding support for development and progress of technology-driven startups, Government has launched a fund with an initial cap of Rs. 2500 Crores and it has the total cover of Rs. 10,000 Crores for four years.

To promote initial funding using liability for startups, the government has advised a credit guarantee fund through National Credit Guarantee Trust Company or SIDBI with a budgetary cap of Rs 500 Crores per year for next four years.

To encourage the growth of startups, profit of startups (Established after 1st April 2016) would be exempted from income-tax for three years. This clause extended till five years in the National Budget in March 2017. (Only for the start-ups who had a non-profitable year during the first three years)

The existent exemption eligible for VC funds, regarding taxation of investments above FMV, is extended to incubators investing in startups above FMV.

The government would launch seven new research parks with an initial investment of Rs 100 crore each. These parks help companies with a focus on research. Additionally, 31 innovation centers, 13 start-up centers and 18 technology enterprise incubators in public colleges will be established.

The government would initiate, Innovation-centric program to target young school students with a reach to 10 lakh inventions from five lakh schools. It will also include A Grand Challenge Scheme to support and reward Rs 10 lakhs to twenty student innovations from different innovation and development centers. [3]

For efficient administration of the Digital India program, the management structure would include a Monitoring Committee on Digital India directed by the Prime Minister, a Digital India Advisory Group headed by the Minister of Communications and IT and an Apex Committee chaired by the Cabinet Secretary.

2. A Monitoring Committee on Digital India under the Chairpersonship of Prime Minister:

This committee would be formed with representatives from relevant Ministries and Departments to provide leadership, specify deliverables and milestones, and periodically monitor the implementation of the Digital India Program.

3. A Digital India Advisory Group headed by the Minister of Communications and IT:

This group would seek views of external stakeholders and to present inputs to the Monitoring Committee on Digital India, advise the Government on policy matters and strategic interventions necessary to accelerate the implementation of the Digital India Program. It would have representatives from the Planning Commission and 8-9 representatives from States and other Line Ministries or Departments on an ongoing basis.

4. An Apex Committee headed by the Council Secretary:

This committee would supervise the program and provide policy and strategic directions for its implementation along with resolving inter-ministerial problems. Also, it would adjust and integrate several initiatives and views related to the integration of services, end to end process re-engineering & service levels of eGovermance initiatives wherever required.

This committee formed to approve schemes as per existing board of economic controls financially. The EFC/ CNE steered by Secretary Expenditure would also be suggesting to the CCEA the manner in which eGovernance initiatives are to be executed.

6. A Council of Mission Leaders on Digital India:

DeitY Secretary heads this council, would be established as a forum to share the best practices in various existent and new eGovernance initiatives under Digital India Program. It would also work to stir various government departments about ICT (Information and Communication Technology) projects of DeitY.

Furthermore, observing the scope of the Digital India Program and the need to look at issues at a program level, it is envisaged that the technical approval of all Digital India projects to be done by DeitY, before a project placed before the EFC/ CNE. It would cover issues about the integration of adoption of Standards, usage of Cloud and mobile platforms, consideration of security features, etc. The Secretary, DeitY or his delegate may also be added as a standing, special invitee to all EFC/CNE meetings which approves all MMPs.

For effective monitoring of Digital India, usage of Project Management Information System (MIS) would be compulsory for each new and existent Mission Mode Projects to secure the real-time information about the development of the program. It should be capable enough to obtain the characteristics of each stage specifically, conceptualization and progress, pre-implementation and post-implementation. [4]

The Digital India program with unique initiatives on eEducation, eHealth, and Swachh Bharat Mission can help India substantially enhance its position on the impact indicators, given that these schemes are speedily and successfully executed.