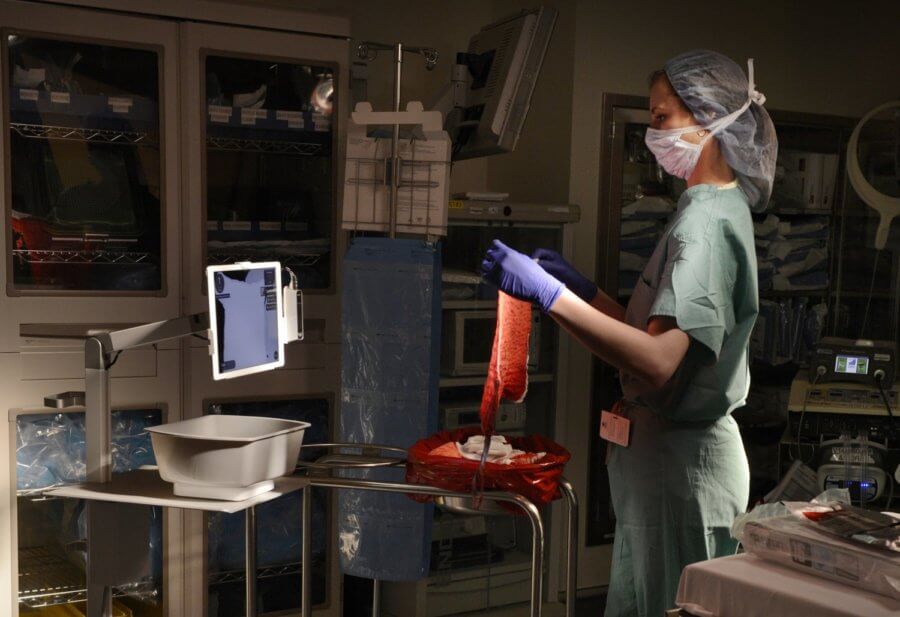 Gauss Surgical to use its Artificial Intelligence technology for the early recognition of postpartum haemorrhage. The company also managed to raise $20 million in a series C round.

The doctors cannot be working with the estimated count, it is very important to know how much blood was lost, as it is an important factor which helps the doctors to prepare a transfusion. Since the doctors had no option, they had to rely on weighted bloody sponges, and till date, this practice has been going on. The doctors measure the ratio of haemoglobin to hematocrit to take out an estimated number.

But all these methods do not give accurate blood count numbers as these methods have their own flaws. Gauss Surgical took the initiative to solve this prolonged problem. After receiving approval from FDA for their Triton Fluid Management System, there was no looking back. Not only this, but the company also managed to raise $20 million in a series C round. This money greatly helped them to help push adoption for the solution.

Gauss Surgical was founded in 2011 and till date has managed to raise about 45 million dollars. Gauss’s new application Triton is built to help eliminate a problem that has been bothering the doctors for a long time. Triton is an artificial intelligence application that estimates blood loss in surgical sponges just by looking at them.

It is seen that over the years, the number of preventable maternal deaths and harmful postpartum health complications for mothers has shot up, particularly in cesarean deliveries. The cause of these deaths being, undetected haemorrhaging. This scenario has been precipitously seen in the United States. But after Triton, the scenario has drifted to a positive side.

According to a recent study, it was shown that with the use of Triton application a significant increase was seen in the maternal haemorrhage and a significant decrease was seen in blood product transfusions and hospital length of stay. The best part about Triton is that it is a vision-based platform, that photographically measures blood loss in operating rooms.

OSF ventures, the financing arm of OSF Healthcare scrutinized Gauss Surgical thoroughly before giving them their money. After going through numerous validation steps finally, they decided to invest their money in Triton after it received approval from FDA. One more reason that OSF ventures invested in Gauss Surgical are because of the company’s work to develop broader surgical applications in the future.