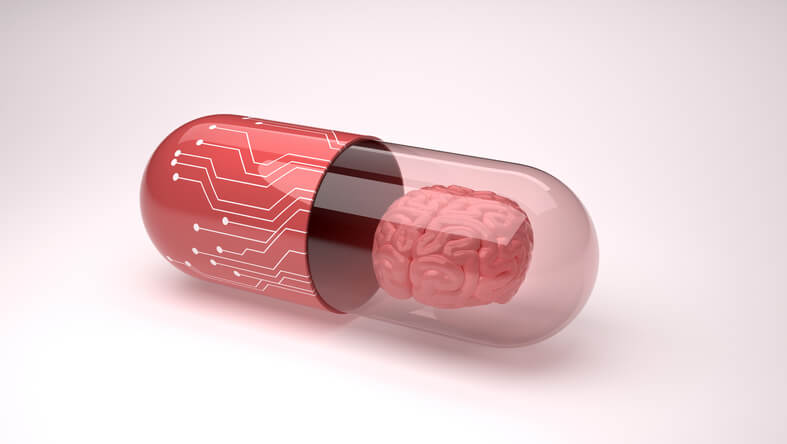 Artificial Intelligence has taken this world by storm, and medicine is no alien to the fact. From surgical robots to ingestible little bots, AI has firmly established its position to shape the future of the health sector. A fundamental shift is essential in the present paradigm in drug discovery, and artificial intelligence holds a clue to bring the pharmacy to a revolutionized new era. Can artificial intelligence discovers new drugs? Let’s find out.

Before we proceed, let us take a brief digress towards present drug delivery system and how AI can be implemented to enhance the process. One of the primary flaws with current drug discovery process is the significant time consumption and expenses involved. The entire procedure might take decades to fruition, and horrifying contrasts other industries in matters of efficiency, safety, optimization along with pre-clinical and clinical safety.

Currently, industry spends nearly one billions dollars per drug. Although most of the costs are due to optimization process, finding out the right molecule, developing assays to measure target activity, it takes years to hit the right chemical. Next follows drug trials on animals, which has the success ratio of 1:10 despite years invested already in chemical discovery. Often this is the reason why pharmaceutical businesses merge because of massive investment with chances of little return.

Current research is so vast that almost 10,000 publications are received daily, and it is humanly impossible to correlate, assimilate, and connect all data to produce a useful result. And we all know if it’s not done, a new hypothesis is equally difficult to create.

AI and machine learning had made it possible to gather data and analyze it first to extract “useful information” which is next under strict scrutiny of a panel of experts. For example, BenevolentBio, which has been doing research on ALS, has developed Judgement Correlation System, which can review billions of paragraphs and lines from millions of scientific research papers and abstracts. Direct relationships between data and known facts are made, and unknown connections are founded. The validity of the proposed hypothesis is being judged by scientists and researchers and tested for the potential new mechanism of drug mechanism.

Apart from that, AI also offers mechanistic insight into a disease and provide new ways to tackle it. It can give an overall new target, and if used in “compound sense,” it allows us to tap into the larger chemical palette to pick our molecules. AI can also play a significant role in identifying any issues with security and efficacy with compounds much earlier than presently possible, thus saving time and resources which can be devoted to the cure of serious diseases. It can be used to build an affordable, sustainable and efficient pipeline of new medicines.

Recently, researchers at AtomWise have come up with a system called AtomNet which aims to streamline the initial phase of drug discovery. It focuses on observing the interactions between different chemicals, which in turn determines the target molecules with ease. AtomNet reduces manual work in this process and utilizes deep learning to predict molecular behavior. Although it doesn’t invent a new drug, it reduces time consumption by predicting the behavior of molecules. It has already proven its grounds by helping create drugs for Ebola and MS.

Another example is California-based two XAR, which is adopting Artificial Intelligence into drug discovery mechanism. It identifies a “correlation between drugs and disease” using custom made the computational platform. There is no human bias, and the platform sifts through both small and large-scale libraries which expand database and chances of hitting new drug quicker.

One of the greater known applications of AI (although quite indirectly) was in genome project held during 1999 when scientists decide to decode our DNA.

Not only it provided clues to some of the rare genetic diseases and associated markers, but it also gave away a major hint to prevent Diabetes, Parkinson’s, Alzheimer’s, etc. Nowadays, multi-target gene response can be handled using machine learning, and start-up Evisagenics’ software technology helps discover new drug targets and biomarkers through splice isoform quantification coupled with predictive analytics, prioritize disease-related genes, and provide a well-supported list of goals.

The current market of AI in drug discovery

It is estimated that a new drug would take around 1000 people, around two decades, and up to 1.6 billion dollars to enter a new market. This seems to be a massive investment, and often it leads to merging of companies in this field. If digitalization and AI have already taken the world by storm, why should the health sector be left behind?

Big pharmaceutical companies as well as startups like Sanofi, Deep Genomics, Berg Health, Cloud Pharmaceuticals, Kadmon Corporation, Astra Zeneca, etc. have already invested in millions of dollars for AI in drug discovery. Prof Jackie Hunters, from BenevolentAI, went on to say, “The current drug development process is costly and too lengthy. AI offers a solution to reduce years’ work into months with better accuracy and efficiency.” Andrew A. Radin, CEO of the AI-based biopharmaceutical company, added “In the couple years that we have been around, we’ve been told hundreds of times that computers cannot do this; that biology is too complex; that this will never work. In every single disease program where we have run proof-of-concept studies on our novel AI-identified candidates, we have generated useful results across standard endpoints.”

Alexander Levy, COO of AtomWise further explained, “You can take an interaction between a drug and extensive biological system, and you can decompose that to smaller and smaller interactive groups. If you study enough historical examples of the molecule, you can then make predictions that are extremely accurate yet also extremely fast.”

Why is AI  the new boss of drug discovery? Because “fast” was just an understatement.