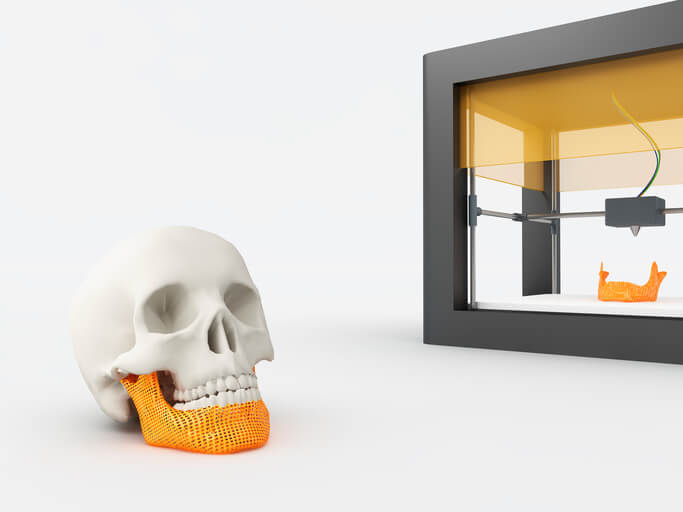 Imagine, losing a limb in an accident and not being able to do simplest of the works. Thankfully, 3D printed prosthetics have now come to the rescue. They can print skin for burn victims, airway splints for infants, facial reconstruction parts for cancer patients, ear molds and various other parts. 3D printed prosthetics cost ~$200 as compared to the traditional prosthetics which used to cost more than $5000. It is going to be the next big thing in the health care sector because of its affordability, simplicity, and availability.

In a neighborhood filled with strife and wars, it shouldn’t come out as a surprise if your loved ones lose their hands or limbs on the battlefield. Living a day while keeping your head attached is in itself a constant battle. The society is often torn apart by any conflict, and medical help is scarce to the needy. More often than not, the medical supplies are too late to arrive, and the wounds turn gangrenous, forcing the local doctor’s hands to amputate to prevent further infection.

You lose your limbs. So, where is the silver lining?

Thankfully, technology in the form of 3D printers offers a ray of hope in the above scenario. 3D printing, also known as additive manufacturing has been revolutionizing the world since the advent of the century, and it’s not stopping. From automobiles to the fashion industry, it has taken the world by storm. Owing to the considerably cheap and accurate duplicates of 3D printing with rapid efficiency, various sectors are adopting it copiously, and medicine is no different.

Traditional prosthetics is not only lengthy but quite expensive as well. One needs to access needs, produce a prosthetic accordingly and fit it to the remaining limb. It takes experience and expertise to create traditional prosthetics. World Health Organization (WHO) has reported a shortage of about 40,000 trained prosthetists in underdeveloped countries. Not only amputation leads to permanent damage to the body, but psychological scarring due to follow-ups is no less. So, how do we tackle this issue?

The possibilities don’t end here. Prosthetics can be designed to evolve as the child grows, taking in new adjustments at affordable costs. Also, they are light and flexible which makes it easy to handle. The custom designs for children currently costs around $45 compared to $1000 earlier. Prosthetic materials use lightweight materials like Titanium, which makes it more durable and stronger. Natural sockets are printed with the better interface with the human body.

The main benefits of 3d printed prosthetics are

“Without a prosthesis, there are no expectations. You just go back and rely on the goodwill of your family,” says Carson Harte, a 59-year-old prosthetist and chief executive of Exceed, stating his views on horrible conditions of survivors of Cambodian landmines accidents. Two Million people need prosthetics in the Philippines.

Jonathan Schwartz, co-founder and Chief Product Officer at Voodoo Manufacturing, says, “In the United States alone, close to 200,000 amputations are performed each year, yet, with prosthetics priced from $5,000-$50,000, having one can almost be considered a luxury. Traditionally, the process of getting a prosthetic limb can take anywhere from weeks to months. Because prosthetics are such personal items, each one has to (or should) be custom-made or fit to the needs of the wearer. However, as 3D printers become more affordable, with some available for less than $200, the possibility of anyone being able to design and print a prosthetic limb in their home or local community is rapidly becoming a reality.”

Recently, CNN has reported new developments in Medicare bill limiting the access to prosthetic limbs, making it out of poor’s reach. Open-source initiatives such as The Enable Community Foundation lets anyone with a 3D printer customize and create a prosthetic hand. Technological innovators such as Hugh Herr of MIT have introduced new abilities, including integrated sensors, propulsion systems, and sophisticated algorithms that work together to automate more natural joint movement. Cyborg Beast, a project heavily supported by technological giants plans to develop futuristic-looking, low-cost prosthetic hands.

Other big companies involved in this initiative are

3D printing in prosthetics is already making way for the future! so, where are you?