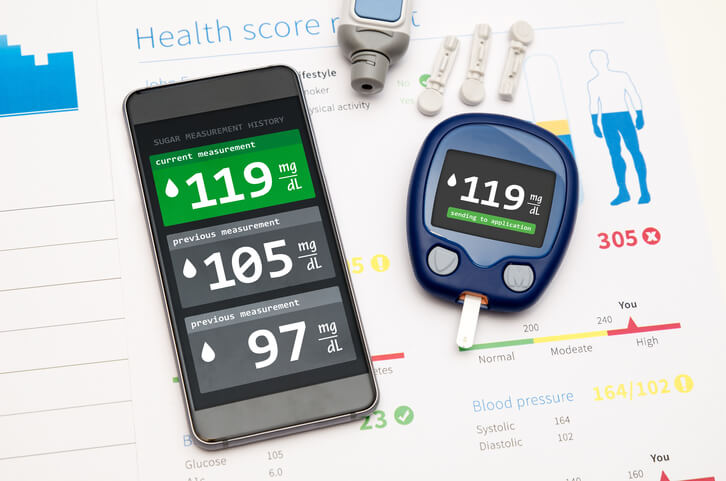 Headquartered in Cupertino, California, Apple is American technology company that was founded by Steve Jobs, Steve Wozniak, and Ronald Wayne in 1976. The company has a particular interest in designing, developing and selling computer software, consumer electronics, and provision of online services. Apple holds a flexible segment of the market with some of their valuable products being the iPhone, iPad, MacOS and the iPod.

The world today has been invaded by dozens of diseases and other complicated health conditions. Some conditions are deadly and life daring, talk of cancer, diabetes, and many others. Diabetes is alleged to affect 25.8 million people in the US alone, and regardless of the fact that large enterprises are profit oriented, Apple has chosen to humans. The company, world’s second largest manufacturer of phones by volume after Samsung, has decided to invest their electronic expertise to beat these diseases secretly.

According to the CNMB reports, a secret group of biomedical engineers hired by Apple is working to develop blood sugar level monitoring sensors. Johnny Srouji, the senior vice president of hardware technologies, Apple is said to lead the team. It is reported that Steve Jobs had launched the initiative before meeting his death. These teams of about 30 experts were acquired from companies such as Corp, Sano, Medtronic, Masimo, and C8 Medsensors and are rumored to be working on a little-known apartment in Palo Alto, California.

The sensors are under feasibility test in clinics around the Bay Area, and if successful, the initiative will be a “holy grail” of the health care sciences. Without success, many life science firms have tried what Apple secretly has in the kitchen. It will make the Apple watch a “must have” rather than a pride device.

It is said that optical diabetes sensors are under development by Apple that entails shining a ray of light through the skin to measure glucose.

Research by the NCBI indicates that in a total of 656 analyzed apps in 2015, 54.1%-355 apps offered a single function while 348-53.0% of the apps provided documentation services. English was commonly used to account for 85.4%. In summary, it was found that in such a broad range of diabetic apps, a large percentage offers the same services and functions while few combine two or three functionalities. The diabetic apps were familiar with patients over the age of 50 years.

By 2040, diabetes is forecast to affect 642 Million people,8.5% of the world adult population. The total health expenditure relating to diabetes is projected at the US $800.8 billion from the current US $ 678 billion.

65% of the total number of diabetic apple downloads is comprised of only one application developers. Azumio, a San Francisco-based mHealth app specialist, is the current market share leader consisting of about 18% of the total market share. The developer has published two apps; Glucose Buddy and Blood Sugar Tracker. Azumio is followed by Sanofi-Aventis with over 5% market share. It has released three diabetic apps, including Medivo, Distal Thoughts, and BHI Technologies.

Who are the main competitors of Apple?

Apple is not working alone towards developing the diabetes sensors, other companies in the same field have been attracted to space.

Google is one of them. The company through its Tech branch Google X is said to be building a Smart Contact Lens that could measure blood sugar levels for diabetes patients.

The lens will be beneficial for patients for checking and keeping track of the diabetics. The lens features a miniaturized wireless chip with a blood sugar monitor to measure the blood sugar levels from the tears of the one wearing them.

The company wants to design the lens in the manner to reduce blood loss and pain of using the finger pricking method. The sensor lens is expected to show readings once in every second. A minuscule LED light is under consideration that if it suffices, the LED will indicate a rise or a drop in the blood sugar levels serving as a warning for glucose abnormality.

Other health services from Apple

Apple, apart from the secret development of the diabetes sensors, it has also ventured widely into the mHealth field. The new iOS 8, a product from Apple has a built-in Health app; Apple is also rapidly frequenting its app store with diabetic apps. Some of these apps made for Type 1 and Type diabetic patients by Apple include:

Apple also has current health initiatives such the Medicaid coverage in Washington state. This apple health initiative seeks to avail preventive care, such as diabetes and high blood pressure treatment and cancer screening among other services.

It is not known yet when Apple’s sensors will be ready. It is also a secret on whether the sensor will come as a stand-alone device, or will it work with or be incorporated into the Apple Watch. All is known is that the sensors if successful will greatly make life easier and render Apple products desirable. The blood sugar level monitoring process by diabetes patients will be an excellent exercise as well.