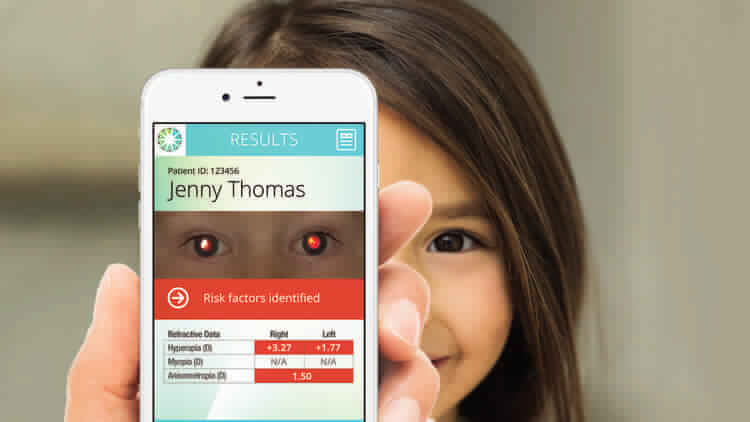 Gobiquity Mobile Health has launched its own Gocheck kids for iPhone. The FDA-registered, HIPAA-compliant app will now be iPhone compatible as well. This will be a low-cost version to screen through the eyes of young kids in the US who are now getting affected by retinal cancer at an early age. The app will be available on a monthly subscription basis as the inbuilt iPhone app or users will be able to download on the phone.

The app was co-created by Dr. David Huang, who has been one of the brains behind optical coherence tomography technology on which the screen works. Recently the app won Impact Pediatric Pitch Competition at SXSW, which was judged by doctors from eight reputed hospitals of US including Boston Children’s Hospital and The Children’s Hospital of Philadelphia.

In 2017 the app was financed by Salesforce CEO Marc Benioff. It has now solely raised about $20.85 million. The website is doing very well not only on a profitable basis but also on its quality and efficiency.

Children aren’t usually considered for the diagnosis of any visual disorder. Although a fact unknown to many parents and doctors is that it is becoming popular among the kids in the United States of America. The country is seeing a visible rise in the number of kids facing disorders and diseases like retinal cancer or visual impairment which could ruin their lives. The worst part is that such physical problems in children are not detected easily and the treatment of the same is drastically reduced after the age of five.

Not being able to see clearly in the classroom or being unable to differentiate between colours are the small signs of the same, and should be consulted for. To make this process feasible and easier for parents, kids as well as doctors, the Gocheck kid’s iPhone version has been launched.

The app is almost similar to the Windows version. It takes information of your EHR and saves it for later. When you click a photo of the eyes and send it for analytics, then the report is saved and your EHR is connected and updated with the same. This version is claimed to have “lots of powerful technology advancements that leverage the iPhone’s hardware and operating system and ultimately makes the experience faster and smoother for the customers.”

Gocheck kids have a 40-day free trial on its installation for the first time which will gain the confidence of the users. The subscription for the rest of the year varies from $80 to $129 for the month which is the price worth of its uses.

Another added benefit of the same is that the website provides a 24-hour helpline customer care service to make it easier for you to communicate with their professionals in case of any queries. Live help can also be taken from the professionals anytime.

The app was sent to Journal of Paediatric Ophthalmology and Strabismus for examination and results proved positive for the 68 percent of the 6,813 office screenings.

The app has currently employed over 35,000 providers of screenings for more than 500,000 children. The amount of screenings has crossed 700,000 among which it was found out that around 36,000 kids were suspected to have some or other risk factor.