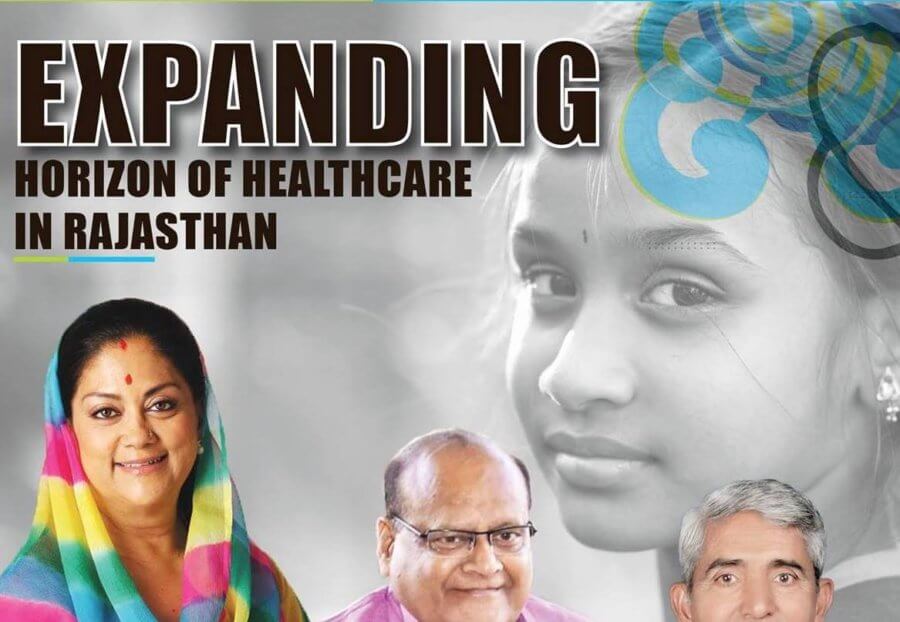 The Government of Rajasthan intends to promote healthcare and women empowerment in Rajasthan by inviting esteemed personalities from the healthcare sector across India.

The National Health Mission, Department of Medical, Health and Family Welfare, the Government of Rajasthan along with Elets Technomedia and eHealth Magazine, organized the 4th Annual Healthcare Summit Rajasthan and Precious Daughter of India Awards on the 28th of September in the pink city, Jaipur. It was supported by eHealth, Asia and the Middle East’s premier magazine on innovation in healthcare and was inaugurated by Kali Charan Saraf, Minister for medical, Health and Family Welfare, Government of Rajasthan.

The key participants of the summit were the CEO’s, CIO’s and other decision makers from hospitals, healthcare startups, blood banks, and diagnostic centers, medical equipment companies, health insurance companies, State National Health Mission and many more.

Mr. Naveen Jain, Mission Director, National Health Mission and Secretary, Medical, Health and Family Welfare, Government of Rajasthan stressed the importance of health schemes and telemedicine services for the masses. He further added that the Rajasthan government had signed a memorandum of understanding with various firms to strengthen telemedicine services across the state.

Dr. Ravi Gupta who is the founder and CEO of Elets Techno media Pvt Ltd briefed about the objective of the ‘Precious Daughters of India’ summit. He said that the summit was organized to not only to address the significance of healthcare but also to recognize the contributions of women in the country and award them so that they keep inspiring millions of other women in the country. He said that was one of the ways to strengthen the Save the girl child campaign.

Banshidhar Khandela, who is the minister of State for Health and Family Welfare of the Government of Rajasthan, urged about the importance of ‘Asha Soft Scheme.’

He proudly said that the scheme which was started by the Rajasthan government was copied by the other governments indicating the fact that they were working in the right direction.

The minister further stated that the government had rigorously implemented various measures to encourage and empower women.

The summit ended with panel discussions on topics like Significance of Quality Medical Education, healthcare practices across the nation and many others.