Home Policy Statutory health insurance in Germany | Its history and will it survive?

Statutory health insurance in Germany | Its history and will it survive? 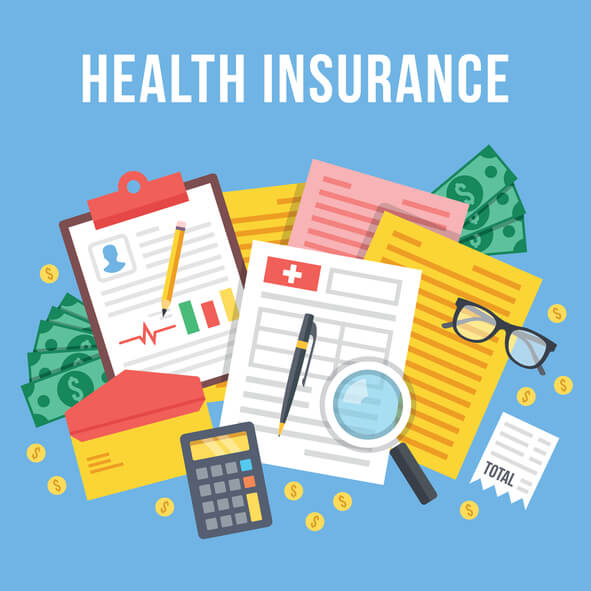 History of the health insurance system in Germany

The European Observatory on Health Care System categorizes the history of the modern German healthcare system into five eras. Busse et al. (2017) add the latest era to this list which includes the progress of healthcare development until 2017.

In 1794, all the hospitals in the largest city of Germany – Prussia – were taken under the regulation of the states, setting the first step towards the current healthcare system (Möll, 2014). In 1883, the Bismarck’s Health Insurance Act was introduced by basically establishing the solidarity and self-governance principles of statutory health insurance (SHI) in Germany. It is the first social health insurance system (Busse, Blümel, Knieps, & Bärnighausen, 2017).

The Government declared the nationwide compulsory or mandatory health insurance in the same year. During the 19th century industrial rising, industrial workers, companies, and many communities contributed to the statutory funds so that poor and minors can also receive statutory support (WHO, 2000). During this period, people were allowed to choose either public or private healthcare suppliers.

The liberal Federal Republic of Germany (FRG) insurance system was initiated in 1990 by replacing the universal national health insurance system. Under this system, they managed to insure family dependents, disabled, students, unemployed and pensioners. The lack of specific regulations regarding how funds should be allocated to the physicians in the system established in 1883 resulted in many conflicts between public doctors and private doctors. As a result, 1990, the Leipzig Union or the Hartmann Union of physicians was formed to solve issues of German physicians (WHO, 2000).

By 1910, approximately 75% of the German physicians were part of the Hartmann Union of physicians. Still, the conflicts regarding the access of public doctors to statutory insured patients and private patients were not fully resolved until today. As a potential solution to these conflicts, the Imperial Committee of Physicians and Sickness Funds or the Federal Committee was established to take part in the decision-making process.

From 1931 onwards, the physicians who provided services to people who were insured by SHI were supposed to be a member of the Association of Statutory Health Insurance Physicians which determined the sickness fund distribution to the doctors (Busse et al., 2017).

This period is referred to as the period of National Socialism/socialist. During this period, the majority of the reinsurance regulations remained unaffected, even though the influence of totalitarian Nazi regime on this self-governance system cannot be ignored (Busse et al., 2017; WHO, 2000). The funds were instead used for political purposes of the national-socialist state and party. The access to healthcare services for Jewish and other minorities was restricted. Workers and doctors who contributed and worked for the sickness fund and welfare were expelled from their service, and the Jewish doctors were prohibited from providing any healthcare service at all by 1938 (WHO, 2000).

The World War II ended in 1945 and thus 1945-1949 period is considered as the post-war period. During this period self-governance structure of the insurance system was again restored. By 1949, there were two states in Germany which functioned independently and separately, named, Federal Republic of Germany (FRG) and German Democratic Republic (GDR).

However, with the increasing cost, illnesses, under-funding, and investment, lack of medical advances severely affected the quality of healthcare services provided under GDR and thus began to decline.

In 1977, the Health Insurance Cost-Containment Act was established to ensure the stability of healthcare providers and sickness funds (WHO, 2000). The changes to the spending policies at this time resulted in a cut-off of many benefits from the insurance including drugs for minor conditions starting a co-payment system (Busse et al., 2017).

As of 2017, German healthcare system provides universal coverage of SHI through 113 sickness funds to everyone including unemployed dependents. People have the choice to use SHI or substitutive private health insurance voluntarily.

Currently, SHI is used by ~87% of the German population whereas ~11% use private insurance. Assuring the success of the development of the healthcare system, the mortality rate in German had decreased by 37% from 2004 to 2014. Yet, like any country, the German healthcare system is also subjected to criticism which brings us to the next question whether the SHI system is going to survive for long in the future.

Outlook to the future: Will SHI survive?

Public opinion is a strong indicator of how efficient or successful healthcare system is. Many studies have conducted surveys on how satisfactory the German healthcare system is compared to other systems in the world. In 2013, Commonwealth Fund’s 2013 survey reported 6th rank to German healthcare system while 2014 WHO survey ranked Germany at 25th position. Michael E. Porter and Clemens Guth in their book on Redefining German Health Care describe this situation as “Increasingly, none of the stakeholders in the healthcare system is satisfied. As the government, physicians, hospitals, insurance companies, and suppliers struggle to protect their interests, patients are left worried and disappointed. Overall, over 50% of German citizens are dissatisfied with the system” (Porter & Guth, 2012).

Within the German healthcare system, the SHI is facing challenges and have caused dissatisfaction in many Germans.

The SHI is based on the wage-based premiums, and currently, 15.5% of the wage is considered as the contribution to the insurance system. For this reason, the overall SHI system is dependent on the number of employees working as well as their wage levels.

Unfortunately, studies indicate demographic decline and ageing in the German population resulting in reduced contributions to the insurance pool and increased pensioners (laboureconomics, 2012; Porter & Guth, 2012). For this reason, the SHI premiums continue to increase burdening the people who are insured by this system.

On the contrary, private health insurance is dependent not on wage but on other factors such as age, gender, and the needs of the person making it cheaper than the SHI despite increasing premiums. Ultimately, the concept of German SHI “the young finance the old, the better off finance, the worse off, the single earners support the families, and the healthy finance the sick” is becoming a burden and an uncertainty (Porter & Guth, 2012). Among the low quality of the services, inconsistencies in efficiency and quality of services, and rapidly increasing costs, the trust and confidence of the Germans on the SHI as a sustainable and financially viable system has suffered considerably over the last decade (Porter & Guth, 2012; van der Schee, Braun, Calnan, Schnee, & Groenewegen, 2007).

The German government, as well as other interested parties, have suggested many forms of reconfiguration of the German healthcare system which included significant tax contributions from the government, whether they have been successful is still up for questioning. One major reformation suggested for the German healthcare system is the replacement of the wage-based system with a Value-Based Health Care System (Porter & Guth, 2012).

WHO. (2014). World Health Organization’s Ranking of the World’s Health Systems. Retrieved from http://thepatientfactor.com/canadian-health-care-information/world-health-organizations-ranking-of-the-worlds-health-systems/