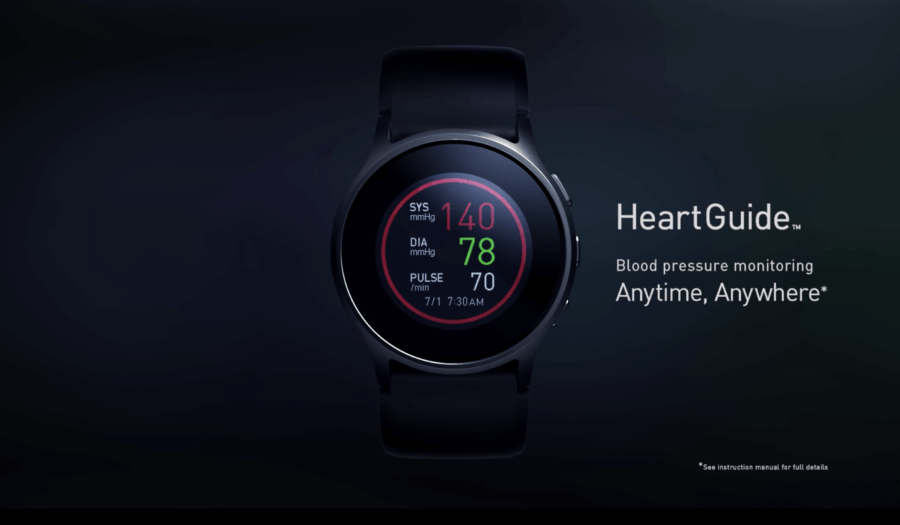 Omron Healthcare’s HeartGuide watch device, which has been designed to monitor your blood pressure every day, has been given clearance by FDA and is all set to launch in January 2019.

A few days ago, Omron Healthcare announced that its HeartGuide wristwatch has finally received the FDA approval and will be available for the customers to buy at retail from January 9, 2019. HeartGuide wristwatch is a wearable oscillometric wrist blood pressure monitor revealed previously this year at CES 2018. The device is at present available for pre-order for $499.

The main feature of the product is a stretchable synthetic band that has been designed to swell and uphold its shape while taking a blood pressure reading, and yet stay comfortable on the wrist. Based on what the company has shared, over 80 patents were filed directly involving the band and other components which are needed when designing the new device.

Combined with the blood pressure feature, which can also be pre-set to take a reading during the night, the HeartGuide keeps track of other metrics of health including everyday steps and quality of sleep. Also in January, along with the HeartGuide, a free-to-download companion mobile app is also set to release that will be used to better educate the users about their health readings while also providing custom-made recommendations for improving their wellbeing.

There’s been a recent eruption of interest in the usage of wearables to keep the track of heart health, including the new competencies of the Apple Watch to execute EKGs.

Omron is a partner and investor with digital health start-up AliveCor, which also creates wearable EKG monitoring technology. Previously Omron announced that it was working on developing an at-home EKG and blood pressure monitor in association with AliveCor.

One more recent partnership that Omron has initiated is with Amazon’s Alexa voice service which enables the users to set reminders for blood pressure tests, evaluate average readings for a specific period of time, and compare their readings through separate times or dates.

According to Ranndy Kellogg, CEO, and president of Omron said that Omron has received innumerable messages from consumers expressing their interest since it has announced HeartGuide device. It is a breakthrough in the medical-grade blood pressure device category and is useful when it comes to keeping a close watch on blood pressure anywhere and at any time.

When it comes to heart conditions, they are enormously widespread. High blood pressure is the primary cause of heart disease and stroke, and it kills around 7.5 million people worldwide every year. Indeed, the number of people who are living with high blood pressure condition worldwide has doubled over in the last 40 years, with the problem also making its roots in many of the developing countries at a larger scale.

As a result, the HeartGuide would be instrumental in making a significant contribution towards improving heart data collection and management among consumers.

As blood pressure fluctuates all through the day, every day self-monitoring allows the consumers to take instant and necessary action based on their heart health numbers and it also helps in achieving a more dynamic patient-physician dialogue to advance treatments and improve results.