Home Policy Understanding the US healthcare system | How did we get here?

Understanding the US healthcare system | How did we get here? 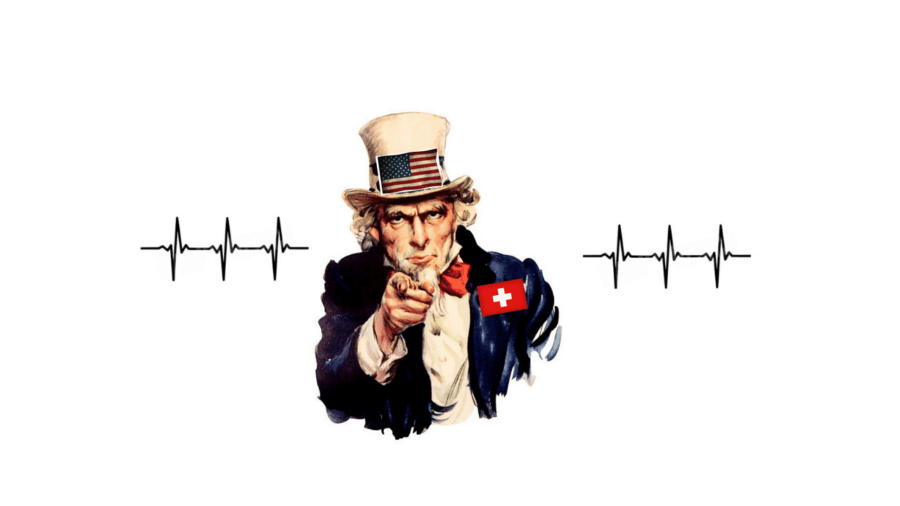 The history of reforms in US healthcare system

A new year and the still slightly new administration, the US continues to battle the dragon known as healthcare. When asked about healthcare, President Trump commented that it is “complicated.” That’s a succinct way to capture what it is – truly complicated. How did US healthcare get to be so complicated and is there hope for 2018?

So let’s begin with the origins of public healthcare, which go back to roots in the Industrial Revolution. In the US, unions began the discussion on sickness coverage along the same time Western European countries were working the same concepts. In the US, specific interests and opposing ideas could not collaborate sufficiently to solidify a plan. Germany meanwhile led the way with actual coverage as early as 1883. Austria, Hungary, Norway, Britain, Russia, and the Netherlands all followed suit by 1912, and Sweden, Denmark, France, and Switzerland had formed mutually beneficial societies that created the same effect [1]. These early adaptations were actually aimed more at stabilized income and less on actual health care.

President Theodore Roosevelt supported following the example of Western Europe. Thanks in part to his efforts, an actual bill was drafted in 1917 after his administration to create national health insurance. Unfortunately, factions rallied and eventually it was perceived as too close to the socialist politics of WWI. Franklin Delano Roosevelt would attempt to include national healthcare within the sweeping reforms of the New Deal; however, healthcare was just a bridge too far within so many programs. President Truman had no better result.

Despite all these Presidential efforts, politics kept US healthcare in private reins until 1965. President Johnson was able to overcome the pervasive doubts of quality of care by emphasizing care for the elderly and under-insured.

Medicare for citizens over 65 and Medicaid for those at risk financially only succeed in coverage by carving a sector of the US population and not in total.

Since then US healthcare continues to plague politics without much logged in the books for recovery. Despite Hillary Clinton’s drive for President Clinton, the Health Security Act failed to even make it to the floor of Congress. President George W. Bush succeeded only in expanding Medicare.

The bill that did get passed was the 1954 Internal Revenue Tax Code that legalized a 1943 IRS Tax Court Ruling declaring healthcare benefits as tax-free. The timing was crucial in that the exemption started during WWII as a means to curb labour costs, especially in support of the war effort. Once it was allowed, its popularity was hard to revoke. Thus it survived not only from the 1943 ruling to the 1954 law but also to modern day where it is still upheld despite detractors from both sides in politics and society.

How much is the tax break worth? Physicians for a National Health Program declares “health insurance tax break is the biggest in the federal budget; the government loses out on $260 billion annually by not taxing health benefits. [2] 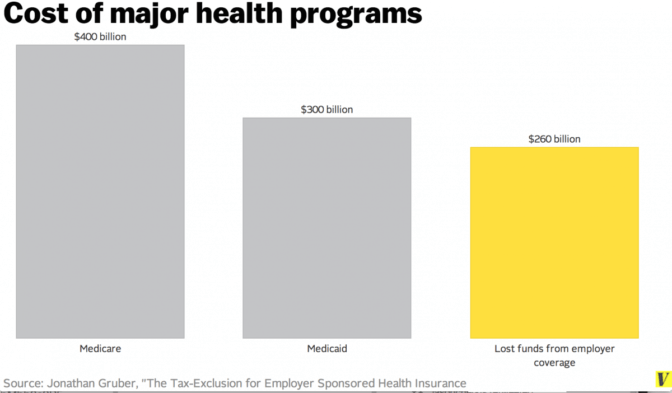 The result in practice encourages expensive healthcare programs for jobs that can afford them – those higher-paying jobs with better benefits. The unlucky ones – without the better jobs or without any job – not only go without employer healthcare coverage but they also tangentially help pay for those that do. Corporations in paying for healthcare are otherwise unable to hire more employees. It’s a losing proposition – however – wildly popular. Even when solid conservative Senator John McCain suggested just capping the amount, he was firmly rejected.

So where is US healthcare system now?

Through Obamacare, compulsory healthcare coverage is required for all citizens and backed by heavy penalties for non-compliance; however, sizable subsidies are in place to shore up shortfalls.

Insurance is put to task as well with minimum coverage standards and anti-discrimination rules for pre-existing conditions.

Finally, Obamacare was able to curb the notorious 1954 tax code mentioned above by finally leveraging tax on the most expensive healthcare plans. Known as the “Cadillac tax”, it has survived the current administration; however, actual implementation has been pushed from the original date in 2018 to 2020 and again to 2022.