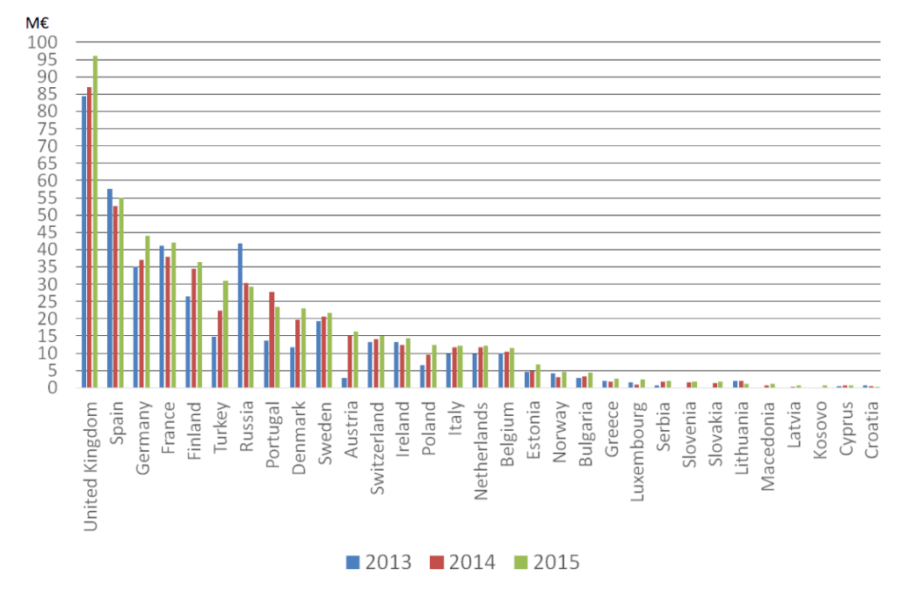 Who are the angel investors and how many are there?

Nowadays there are many ways of raising money for start-ups. For many start-ups, finding an angel investor might be a good option to consider. Several studies have shown that investments from business angels are one of the most contributions regarding creating new jobs and formation of new firms. As shown in Figure 1, business angels invested more than 70% of overall European early-stage investments in 2016; it is more than 6.6 billion dollars a year.

Figure 1: The three main areas of early-stage investment in Europe.

Even though there are fewer angel investors in Germany than in America, Germany is number one country in Europe regarding some angel investors with around 40,000 active investors.

However, Germany is not leading in Europe when it comes to total investments from angel investors, as can be seen in Figure 3.

Some angel investors in Germany has been growing 12% annually on average. [3] As shown in Figure 3, Germany has shown stable growth in 2014 and 2015, and The European Trade Association for Business Angels, Seed Funds, and other Early Stage Market Players claimed that this tendency continued [4].

Who are the angel investors in Germany?

Anybody with a net worth of $1,000,000 and an annual income of $200,000 can become an angel investor. Usually, retired entrepreneurs are becoming angel investors: not only they can provide projects with their capital, but they can also give the businesses advising and essential contacts.

They get to participate in company administration on the not full-time basis. Some of the most well-known investors from Germany are Alexander Kudlich and Sebastian Pollok. Both of them specialize mostly in technology-related industry.

Check out the profiles of 20 angel investors in Germany for your technology/digital health startup.

As shown in Figure 3, the amount of money raised by angel investors has grown for last several years, and there are no visible signs of stagnation of this tendency. The growth in the Germany is not as significant as the growth in the UK, but this picture can change dramatically after the ‘’Brexit’’ is over.

German government supported business angels with $150m. Investments in the 2013-2016 period, however, usually business angels use their own capital for funding start-ups. Therefore, such investors take an incredible risk. However, according to Harvard Business research, companies, sponsored by angel investors are ‘significantly more likely to survive at least four years and to raise additional financing outside the angel group.’

Where to find angel investors in Germany?

The best way to find an angel investor – is to know one. It’s important to understand that benefits from angel investors are not limited to money — it’s a person, helping business developing and providing the company with necessary help.

So it’s essential that angel is experienced in the business field and has strong connections that could help a startup to develop. Therefore, it’s always good to try to contact with someone you know, and you can trust.

However, if it’s hard to find such person from your network, there are several websites that could help finding one.

Where are they investing?

It’s fair to say that in most cases German investors act similarly to European in general. Therefore we will use data from The European Trade Association for Business Angels, Seed Funds, and other Early Stage Market Players presentation. Firstly, as shown in figure 4, most angels invest in local business, and there is a tendency for increasing domestic investments. 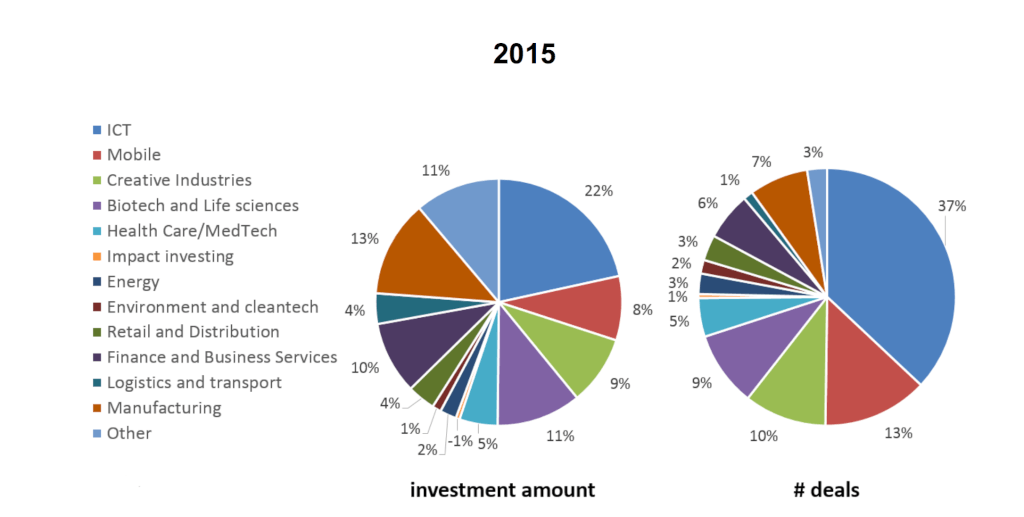 Figure 4: Sectors distribution in 2015 by investment amount (left) and number of deals (right)

It can also be concluded that investors are mostly interested in IT industry, Manufacturing and Finance and Business services.

Super angels is another funding a start-up. Unlike traditional angel investors, super angels are professionals in the field they are investing, and for whom financing is a primary occupation. There are lots of super angels in a technology-related field. Usually, that people made their fortune on technology boom in 2000’s and willing to share their experience with young entrepreneurs. Scott Banister, for instance, is a bright example of super angels. He invested on early stages in PayPal, Facebook, and Uber. All that turned him from a person with several million dollars net worth and box experience in technology field into a billionaire with a net worth of over 2.2b dollars.

Angel round, Series A, Series B

Usually, a business development process is split into several rounds. The first series seed is creating the idea and figuring out product. Only angels and super angels may invest in projects on this stage. Investments at this stage are usually not extraordinarily high and vary from 1 to 10 million dollars on average.

Then, as projects scale, they move to the next series (Series A, Series B, etc.) to clarify on what stage of the business development current project is. Each set represents the scale of business.

Series A, for instance, is developing a business model and preparing for manufacturing product. Series B is reaching a market and further development of the business. Usually, projects on series B require more investments ($7-10m. dollars). Series C is about expanding markets, making manufacturing more productive, etc.

Round names like ‘’Series AA’’ can also be met often. It happens if company failed to meet its growth objectives and is essentially starting again under the umbrella of a new group of funders