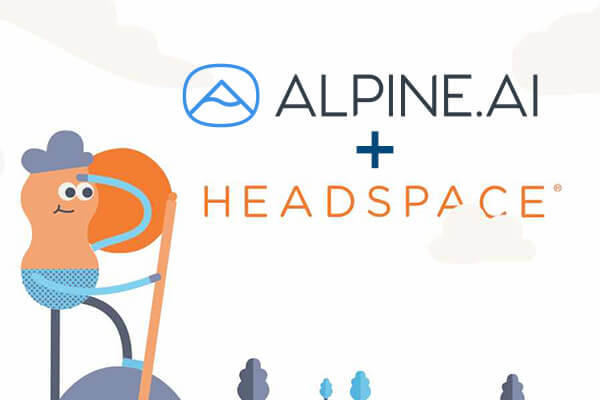 Our phones can now become our mediation coach as Headspace has combined with voice forces to give conversation experience.

Headspace has 31 million users which has made it one of the best in the field and this deal is going to work wonders for it. It is a California originated company. Alpine, which was formerly known as VoiceLabs, makes use of machine learning for conversation platforms. Headspace, is treasured at $320m (£247m), is expecting that Alpine.AI’s proficiency in voice recognition and control will assist the app to differentiate itself among a number of competitors and retain its current lead in the market.

When a person browses a website and suddenly a chat box opens up to help and talk about it, is the thing which Alpine.AI has used its brain in. The new CTO of Headspace, Paddy Hanon, will be leading the Alpine team with 3 engineers who will be joining the office of Headspace in San Francisco. CEO of Alpine.AI Adam Marchick will be on hold of an advisory role ahead.

This merger will help people improve their meditation routines as they will now be able to contact to a voice which will be a lot more convenient and they will be able to ask direct questions to it as if it were a person standing to help 24/7.

With the help from more than 3500 developers, VoiceLabs turned itself into Alpine.AI and worked with companies like Petco, etc.

In June, this summer, Headspace launched Headspace Health aiming to build a prescription medication app by 2020. The company is hoping it to be FDA approved and medically validated as well.

Today, Headspace’s crucial interface is audio. A user may say to Headspace that they’re “having headache” and the application would give a suitable suggestion depending on the user’s history in the application. Headspace combined with Alpine would be a blast of technology which would keep Headspace ahead of all the other similar apps in the race. The main competitor of this application is Calm.com valued at $277 million.

Headspace has deals with Google, Apple, Amazon, etc. which means that it is expanding itself vigorously. It has around $75.2 million as financing which includes investment from celebs like Cash Warren etc.

The company says that it will maintain to come across ways to turn into an element of people’s day after day routines, and this has been recognized as an important feature leading to success by both the company’s officials.

There have been various stars and rocks for Headspace app in its sky but the future that is imaginable from this merger is appearing to be shiny enough.