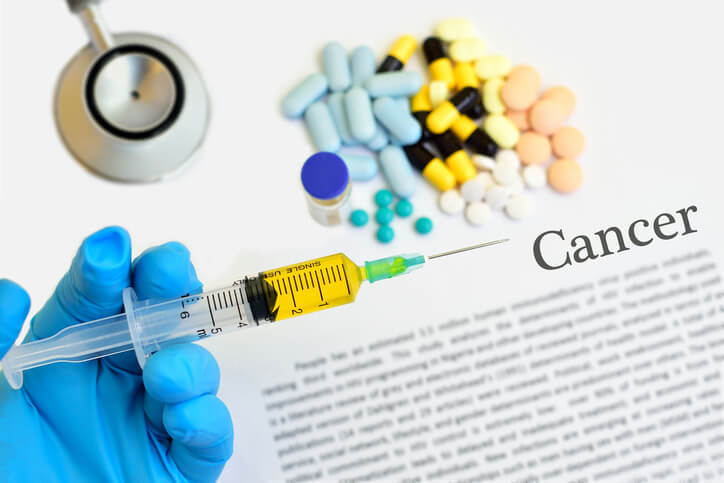 Big Data technology is here, new, fascinating, important and necessary. But do you understand this whole concept? In a layman’s language, “Big data” is a term to describe a huge volume of data. In all forms, structured or not, your business has a high potential of making big revenues if you correctly take advantage of this data. Big data in health care has allowed the care providers to tackle major diseases like diabetes and cancer.

Big Data is most often associated with business and how it can be used to make money, but it is also true that its possibilities aren’t only limited to business.

The existence of big data is credited to the ever-advancing computer technology and the enormous mass of information we record and store daily. Advancements in the technology of equipment leverage the infinite possibilities of data that is being created and captured by us.

The primary focus is on the fight against cancer in the health care industry. Cancer can be called the common enemy of humanity, in 2016, the United States alone saw 1,685,210 new cancer cases. Breast cancer, lung cancer, non-Hodgkin lymphoma, thyroid cancer, kidney and renal pelvis cancer, bladder cancer, melanoma of the skin, prostate cancer, colon and rectum cancer, leukemia pancreatic and endometrial cancer are projected to be the most shared and deadly types of cancer. Lung cancer is the leading killer type with 1.69 million deaths in 2015.

Based on the 2008-2012 cancer deaths, African American men die most from the disease among the male population at 261.5 per 100,000 and the Asian/Pacific Islanders women are affected the least by a scale of 91.2 per 100,000. More than 19 million people are expected to be living with cancer by 2024 and close to 37% of individuals will be diagnosed with cancer cells in their lifespan.

Science, the second surest solution we have for the present day problems, has endorsed Big Data Technology as a powerful and potential solution to the prevention and cure of cancer. This is evident as many technology giants like Google & IBM are setting foot into implementing the idea.

As per the recent report, 14 cancer institutes in Canada and United States use IBM +0.38% Watson analytics engine to analyze the symptoms and provides the treatments to the most important disease. This is the most significant AI-Driven Diagnosis carried out by these institutes. The Watson software can tell the drugs that haven’t been used before for treating a disease. Doctors will speed up their process with this technique and will be able to help the cancer patients in curing their illness.

The software is also smart enough that it can recommend what or which action will be of benefit to the patient. This will aid in fast decision making on which drug to prescribe to the patient.

For instance, if the profile bearing all the information of say a breast cancer patient was fed into the Watson supercomputer, it will compile some details unique to the patient and the disease pathology i.e. her general health status, information on her hormone receptors, survival rate and much more. The Watson system accesses and uses electronic medical records and other archived articles from the health institutes to establish the outcome.

The supercomputer then in different tiers coded with color display the recommended treatments. The colors Green –recommended, Yellow-worth exploring, and Red-not recommended. These color rankings may vary based on factors such as comorbidities, but in the long run, they are of high impact in the physician decision making on which drugs to administer.

It is very much essential to have the right objective as described by Michael Liebman, Ph.D., Managing Director, IPQ Analytics, LLC. He further adds that identifying the real disease is as much important as developing the drugs. Failure to diagnose the disease will lead to a deadly and significant health hazard. This is the reason why their company believes in employing Big Data Technology in understanding the disease of their patient. This approach helps in finding the complexity of illness and its symptoms. They give more attention to the medical needs in spite of data generation.

This approach suits the company’s mission to empower health ambassadors through support and helping them achieve remarkable results on their way to bringing remedy to the health challenges in the world.

Deep memory technologies is an Artificial Intelligence (AI) based in Britain that was acquired by Google in late 2015. The company who’s artificially intelligent program product AlphaGO was able to beat the English Go champion has developed an AI algorithm that will differentiate between the cancerous cells from healthy tissues.

The division is utilizing its expertise in artificial intelligence to analyze CT and MRI scans of patients in its path to develop an algorithm capable of distinguishing right issues from cancerous cells.

If successful, the initiative with London Hospital University College, the dark mind could also focus their attention towards treating other diseases. The NHS Foundation Trust will use the skills of Deep mind in analyzing the more than 700 scans from cancer patients to determine the possibility of developing a simpler and reliable way of head and neck cancer diagnosis.

The initiative also seems to be working to cut short the time taken to design the cancer radiotherapy treatments to one hour from the current four hours. The reduced time will work for the good of the patients and the population as a whole because dedicate much more on patient care, research and education according to Dr. Yen Chang, the clinical lead for radiotherapy at UCLH asserts. The use of a large volume data details of 1.6 million NHS patients has made analysis towards actual outcomes possible as the deal promised anonymisation of the patient information and limiting it to research only.

Google DeepMind is popular in Europe where early pilot projects in hospitals like the St. Mary’s Hospital which is an affiliate of the Imperial College Healthcare NHS Trust found their medical staff responding 37% faster to an alert from the dark mind system that when pagers were used. A smartphone app, Hark, developed by a team led by Darzi, will collect the required data from the e-records of the patient and lays a whole map of the patient’s condition and health history. It also records the actions taken by the medical staff.

It believes in rapid drug repositioning. They use big data sets that are generated internally and are publicly available. Many types of research have specifically proposed computational experiments to find opportunities in repositioning. Two sets of data: one from Connectivity Map and another from large public datasets are taken to improve the experimental design. These sources can be integrated, and analysis is done to find the solutions with the help of Big Data technology.

The Google DeepMind initiative seems to carry the day relative to the objectives they have laid in place. The idea to reduce the radiotherapy from four hours to one hour will work to their favor considering the level of sophistication their technology bears.

A non-profit, world-leading, professional organization of Oncologists (ASCO)-American Society of Oncology is currently interpreting and translating massive volumes of rare cancer data into informational skills that can be applied to help cure future cancer patients.

Currently, the amount of existing information on cancer research and specific patients is extensive. Cancer is responsible for one out of every four deaths in the United States only, to critique and compare each instance of the disease seems difficult.

Hence, we should reasonably ace the use of big data technology at an individual level. The authorities have a role to play as well; they should easy the access to patient data for analysis and enter a deal for anonymisation of the patient information by the organizations responsible.