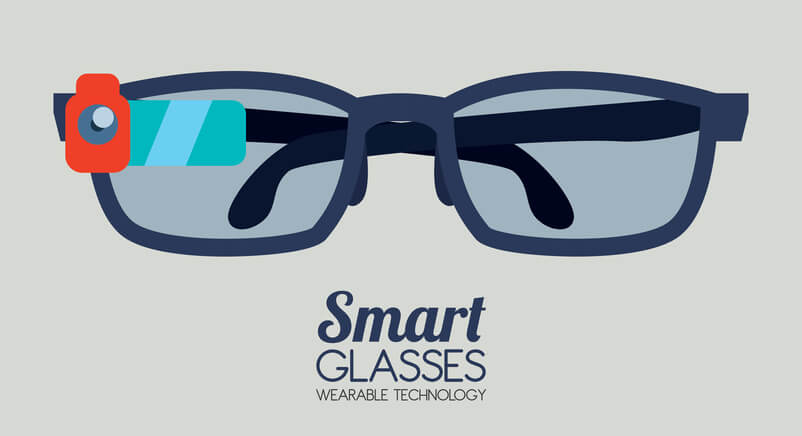 The Google contact lens is nothing but the Smart contact lens project that was announced by Google in the year 2014. The company was very excited to triangulate the super human vision by integrating medical sensors, video cameras, and heads-up displays. Google was aiming to assist several diabetes patients by evaluating glucose levels present in their tears. Verily has taken the initiative to carry forward this vision using various prototypes. Novartis has collaborated with Google to develop two autofocusing lenses for measuring blood glucose levels and another for people suffering from farsightedness or presbyopia.

Google was certainly not successful in their augmented reality based smart contact lens as the product turned out to be an invitation, thereby making its presence in the US market for a few days. Initially, Google was confident enough to give an impression that Smart contact lens is their final product. However, the reality was completely different. It was discovered in a report, a device that too in beta phase, not providing the real comfort that the customer was expecting. Saddened with the product, Lindsey Turrentine from CNET called it a “handy monitor for my cell phone.” She thinks that the Google Glass is just like a Bluetooth headset, which comes with the camera and display. Controlling such kind of hype was crucial for Google, as the company claimed that they would link the application of a product to the health of people.

Taking lessons from Google Glass, Verily will surely make smart marketing strategies that will be completely different from Google.

What is state of the art?

At the beginning of 2014, Google publicly announced that it is working on contact lenses and the high tech lenses would help diabetes patients by measuring their glucose levels through their tears.

Google has unveiled its prototype that has sensor responsible for measuring glucose levels through tears. The lens has tiny pinhole. It allows the tears to seep over the glucose monitor where it would provide regular readings. One can get a level reading once in every second. The Smart contact lens also consists of a capacitor, antenna, and controller and they will function accordingly, further moving gather info from the eye to the handheld monitor-it is a device where data can be analyzed thoroughly. The method will give the power to give exact insights of the patient, later implementing wireless technology-RFID.

Is it still coming?

A group of software engineers, chip designers, polymer chemists and electrical chemists from Google X-which is an in-house research division, has developed this frenzy smart contact lens. The team is firm on their decision that these lenses will someday prove to be a groundbreaking thing for diabetes patients.

Currently, Google has no plans to produce and sell their product that they have built. They are eager to publicize their work to get some partners dealing in vision products and medical devices.

It will be exciting news for 380 million people who have diabetes worldwide if Google Glass ever makes it to the market. International Diabetes Federation, said, the number of diabetes patients, could reach 590 million by 2035. People are optimistic about Google.

Were there some problems?

A former electrical engineering professor Brian Otis with his team envisioned to shrink the wireless antennas, computer microchips and other parts of the lenses further ensuring that it will not provide discomfort to the user’s view. However, the technique and strategy failed as most of the reviews received were not satisfactory.

After testing their device in the year 2016, the company has moved back from their timelines, further causing delays in the development.

A Novartis spokesperson in a conversation with Reuters said it would be quite early to tell when the clinics would use such lenses for a trail. He further added, the process is very complicated, and both parties are trying hard to provide updates at the appropriate time.

The technological and medical approach

As far as sensitive medical data is concerned, Google is very transparent about their thought. They are not going to disclose this information to their google servers. Joseph Lorenzo Hall, who is a chief technologist at the Center for Democracy & Technology, gave the brief on this matter, saying that Google assured him that their company would not use the data gathered from other services.

Medical companies such as EyeSense is working on their product that measures glucose levels through tears. They have developed one such embedded sensor that will be integrated to the human eye. Whereas, another company called Freedom Meditech went innovative on measuring the glucose levels with the help of tears by using light.

Is there a market for this technology?

Google is still hoping to improve their Google Glass technology through the implementation of a camera sensor. People of San Francisco are not very much happy with their decision, and Several bars in San Francisco banned patrons from the usage of Google Glass due to some privacy concerns. As per their perspective, it is wrong to snap photos without anyone’s attention.

There is no exact prediction if this technology could ever make it to the market, but the patent application is continuously experimenting different ways to integrate computing into their contact lenses. In future, Lenses can be used to monitor cancers as a cry globin levels are elevated in human tears when a patient has the colon, prostate, lung and ovarian cancers.

As per research published in the journal ACS Nano, University of Adelaide and researchers from RMIT University have developed a Nano device-that will be used to automatically filter out hazardous UV lights, thereby transmitting data and collecting vital info from the user.

In another report, the ACS Nano, a group of researchers from Baylor College of Medicine, Dallas have developed “Nano wafer. “It aims at efficient drug absorption techniques.