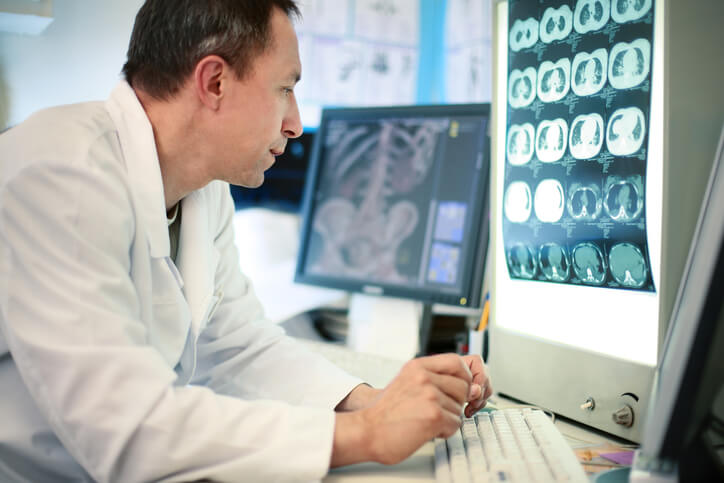 An AI system is developed to help clinical experts diagnose, classify intracranial haemorrhage. The deep machine learning model will come as a preventive measure to save lives by detecting fatal strokes.

A research team in the Department of Radiology at Massachusetts General Hospital (MGH) has come up with a new AI-based system for diagnosing and classifying brain haemorrhages, requiring smaller image datasets to provide concrete and proof-based decisions. It is being said that this tool could be extremely helpful for emergency situations in hospitals in order to detect brain haemorrhage symptoms in a patient and take preventive measures to avoid life-threatening strokes.

Every AI-based system needs to be trained for different applications, and the same was done by the MGH team. The system was trained using 904 head CT scans containing 40 images each and labelled accordingly as no haemorrhage or as per various haemorrhage subtypes on the basis of the location in the brain.

For better accuracy, the deep-learning system was also fed with the process used by radiologists to analyze images, which includes steps like adjusting brightness and contrast, determining whether or not something appearing on an image is meaningless or a real problem, etc.

MD Sehyo Yune of MGH Radiology said that critics doubt the clinical use of machine learning algorithms due to the lack of justifications for the decisions taken by the AI. That’s why it was necessary for the MGH team to overcome the challenge, as the AI system can potentially improve clinical care by a huge margin.

The new AI model was tested on two distinctive CT scan sets, a retrospective one and a prospective one. The retrospective set contained scans, 100 of which were of intracranial haemorrhage, and 100 without it.

In the prospective set taken after the creation of the model, 79 scans came with the haemorrhage and 117 without it. Analysts found that the machine learning system detected as well as classified intracranial haemorrhages as accurately as radiologists.

The technology still has its doubters, which is justified, as integrating AI systems into clinical applications can come with its own obstacles. Firstly, a system like this needs huge datasets, well annotated, and secondly, it needs to be able to explain why it came to a particular decision, also known as the “black box” problem. One of the FDA requirements for a decision support system is that it needs to provide reasons behind its suggestions or findings.

Radiology MD at MGH, Michael Lev, explained the advantages of this new system, saying that many medical facilities lack experienced neuroradiologists especially over weekends or at night. The new system could help non-expert radiologists determine a haemorrhage and see whether or not it is causing any fatal symptoms in the patient. The AI model could be a second opinion to add confidence to a radiologist’s decision, helping patients get the perfect treatment.

Apart from the virtual second opinion, the system could also be integrated into scanners directly, thus saving time and alerting experts about a haemorrhage, giving them enough time to take further steps. All this could happen when the patient is still on the scanner. As the system is used more, being a machine learning model, its capabilities will improve, and it will be able to detect even those symptoms that are difficult to catch the eye of even the best experts.

Researchers are in the process of creating a platform for the new system that will enable its uses in a variety of applicable departments. Getting the system up and running in clinical settings is the main priority right now, as it will help in the evaluation of the system’s helpfulness and impact and also its speed and accuracy.