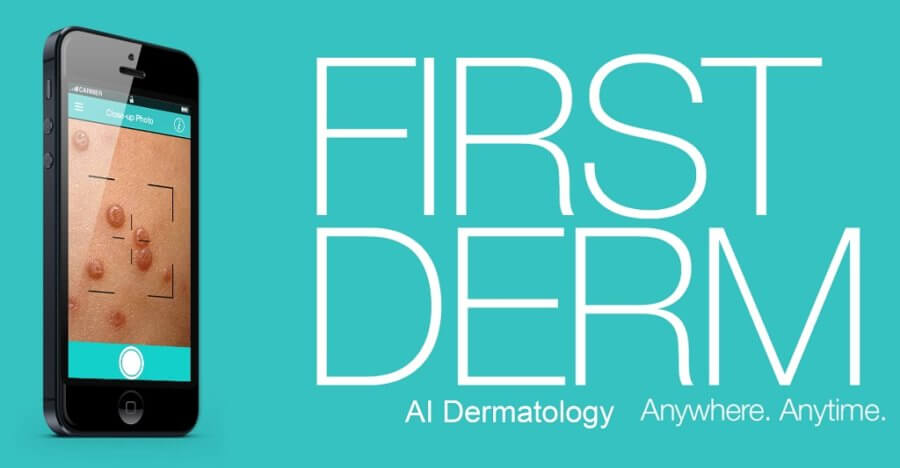 First Derm announced its derma app which will help study skin diseases. The app is enhanced with AI technology and is expected to achieve the accuracy of a dermatologist soon.

San Francisco based firm, First Derm has announced that it will be launching its first AI backed mobile phone app which will help examine and study skin problems within a second. The free to download app uses the API and constantly releases monthly updates to improve the app.

The app initially began as a dermatology app way back in 2014 and ever since its release has managed to collect hundreds of thousands of images of skin diseases and these images have been further used for conducting scientific research of such diseases.

Dr. Borve, CEO and co-founder of First Derm, said that the company which started off as a simple app has now evolved tenfold to become a very helpful skin dermatology app. He further added that an app is a great tool which can be used to address any skin related ailments and related symptoms as well. Though it’s still in beta stage, it’s expected to improve monthly.

He further added that the images which are found on Google are wrongly labelled and can be misleading for the people. He hopes that with the refined search option under the new app, it can serve as a better guide towards understanding the disease and what could be the exact problem.

With the help of this app, users can now upload a photo of their skin on it. The AI interface will then create a match up to the possible conditions. The technology has been described as a triage service.

Mr. Borve further added that though the technology is very appealing, it still isn’t as good as replacing a doctor. He labelled the app as more of an image search app which is helpful in identifying the exact condition of the skin problem.

The accuracy rate of condition identification of the App stands at about 40 percent and is also able to narrow down the top 5 conditions with up to 80 percent accuracy. These records have been in accord with the statistics released by the company itself.

Mr. Borve has said the accuracy of the app is expected to improve with every update. He further assured that the statistics will get better and within the next one month, the overall accuracy of the app will increase to 60 percent on one disease and an overall 80 percent to the top 5 diseases.

As of today, the app database consists of about 250 well-known skin diseases. However, the app is still in an ongoing training phase with the use of deep Convolutional Neural Network, or CNN, with the images of skin diseases.

Mr. Borve concluded by saying that the app is now better than most doctors out there and with the influx of AI technology, they will be able to achieve the accuracy of a real dermatologist in no time.