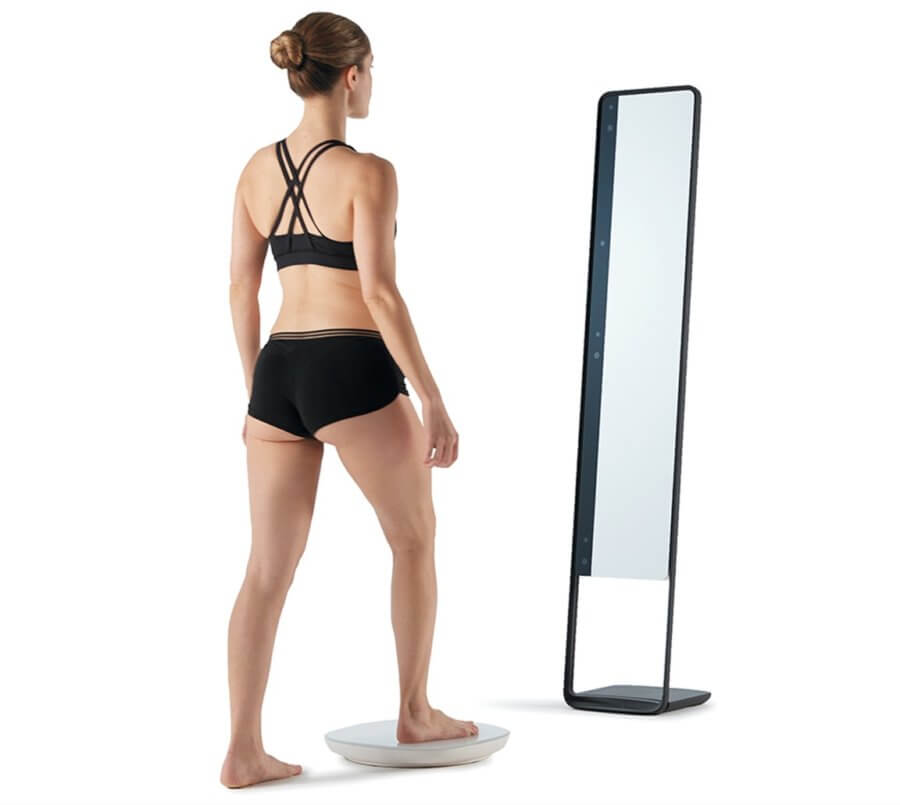 The technology is said to consist of a mirror and a body scale which can scan the person and show changes in their body over time.

Naked Labs is a startup operating from San Francisco. It is out with the breakthrough which can stun millions of people all over the world. The technology can revolutionize the way people perceive their bodies.

The startup which announced the technology in 2016, has kept everyone wondering and waiting for this device to open up in the markets.

The device consists of a mirror and a small scale on which one must stand in order to be scanned. The mirror then scans the person 360 degrees and sends the data to the related app in the smartphone.

The greatest advantage of this mirror is that the people can come to know what’s going on with their body- whether they’ve gained weight or lost weight or more specific details like have they put on muscle weight or bone weight and more. This does a lot more than the conventional weight scale, where one can only get to know of their weight and not where and how they’ve gained weight. The people can then decide on the diets or exercises that they can follow after they come to know of the results.

This is a very useful piece of technology too as the people can monitor their body changes real-time.

This helps them to be sensitive to the changes that take place in the body and can ensure that they take the necessary steps to avoid any damage to the body if they can spot any and start following a fitness regime.

This technology is gaining popularity because of the fact that the shape of the body matters too, not just merely the weight of the person. This is a real-time technology which has turned into a reality and is a perfect fusion of technology and healthcare.

This was first announced in 2016 by Naked Labs. Since then, they’ve put so much effort to make this come true. And now, they’ve raised a sum of $14 million funded by the Founders Fund. They have already received orders and shipping the technology to a few customers who had pre-ordered.

Founders Fund is, again, a San Francisco based firm which provides funds to emerging startups which build revolutionary technologies and have a promising future. The funding was announced in series A round. Other venture capitalists which participated include NEA, Lumia Capital, Venture 51 and Seabed VC.

The CEO and co-founder of Naked Labs, Farhad Farah Bakhshian said in a statement that the startup was happy to announce this technology and that they were looking forward to this day for a long time. He believes that people want evidence-based technologies to know what’s going on with their bodies and Naked Labs has done just that- provided them with insights into their body and letting them know where to focus on.