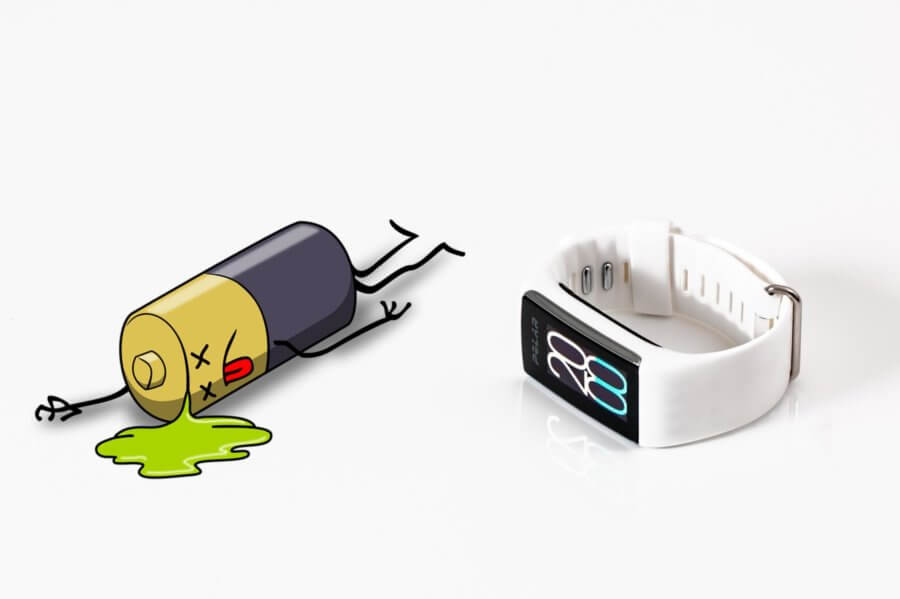 Wearable devices have dominated the current market of electronics worldwide. The International data corporation (IDC) has predicted that there will be a shipment of over 240 wearable devices that include (bracelets, smartwatches, socks, bracelets, shirts, earphones, etc.) by 2021. The primary challenge that these wearable devices undergo is the ability to preserve power for a long period. Most devices currently provide power by conventional batteries, which prove to be bulky, rigid, thus obtuse for wearable devices.

Apart from causing the inconvenience of charging every time, the power provided by these batteries are not sufficient to perform the standard computations and operate available features for the user. A wearable device is meant to be small, thin and lightweight, thus having been installed by conventional batteries, it means its active sessions will always be limited.

Also, conventional batteries such as Lithium-ion (Li-ion) coin cells, can only work for sensors and other lower power wearable devices, they, however, struggle to keep up with the demands of more capable wearable like a smartwatch and fitness bands

This makes the usability of these devices limited in days or hours depending on the users’ applications. This calls for a need of ultra-low power chips for future wearables. These power chips will not only extend battery life but also allow the wearable to listen to various commands from users.

Although the power provided is not sufficient, it can offer longevity and sustain standard computations. The chip works through electrochemical functionality which generates direct current voltage upon exposure to moisture of a conductive liquid such as the saline solution. Additionally, the battery cells contain electrodes of zinc and silver which generate power for the wearables when deposited in a polyester fabric.

These power chip have been able to solve the primary challenge for the traditional conventional batteries which was to extend its battery life. This is because, the ultra-low power chips can quickly do this by harvesting energy from the user’s body such as heat, motion or when they are in an environment of temperature. For example, the Texas Instruments ( TI) came up with the bq25570 device that can take around 300-400 millivolts of collected energy by harvesters and boost it to 3 to 5 volts, just enough to charge a battery. Even though it is not enough to charge a smartwatch, it will extend its run-time.

The other solution is wireless charging which enables the device user to continue with his work. As wearables like smartwatches and Bluetooth earphones require charging, the consumer finds it more comfortable and convenient to connect to a wireless hotspot or drop their device on a charging base than having to fumble with a plugging USB cable connector to a power source.

There is also the problem of optimization. Ultra-low power chip also solves the problem of extended battery life since power consumption is low at 35µA (microamperes) per MHz in active mode and 200nA (nanoamperes) in sleep mode. This makes the user enjoy the wearable for a long time that can extend to 30 days.

With the development of ultra-power chips, it is definite that the market for wearable devices is going to shoot because of their ability to offer an alternative to the short battery life.

Also, the wearable market is expected to be more competitive owing to the introduction of innovations and designs of the ultra-low power chips. The most popular devices will be ones used for fitness and health which are currently setting the pace with shipment growth of an estimated 75.7 million units in 2018. It is expected that the wearables market will grow significantly to approximately 230 million units by 2019. This calls for massive demand for both software and hardware designs of the ultra-powered chips to cater to the communication needs among the users.

Several companies have now shifted to developing devices that use ultra-power such as Nordic Semiconductor, who have partnered with Shenzhen DO Intelligent technology to develop a smart wristband device using Nordic’s nRG52832 ultra low Bluetooth system on chip (SoC).

The SoC provides wireless connectivity to meet the power demands of its ID115plus color HR wristband. The band is a 24 hours heart rate and sleep monitor. It tracks activities for steps taken; calories burned, distance and duration of the said activity.

Insulet corporation’s Omnipod uses ultra-power chip to provide wireless control of insulin injections administered by the wearable insulin delivery pod, thus ensuring the user does not miss his dosage. Google is also incorporating the Qualcomm manufactured chipset to put their smartwatch in the platform. Other companies include Google, AiQ Smart clothing Inc. and iHealth Lab.

What does it mean for the future wearables?

In conclusion, the Ultra-low power chips are the solutions for the next generation of wearables. The newest designs by the startup companies have tried to make modifications on the existing products to improve functionality and enhance the battery life. The wearable market is enormous and increasing on an annual basis. There are numerous wearable companies that specialize in the production of wearables such as smartwatches and fitness trackers.

Examples include movea, Insulet Corporation, and misfit. By using the chips, it provides a competitive edge over other technology companies that do not subscribe to the idea. In the recent years, devices have become smarter and more connected hence high consumption of power to operate.

Consequently, the design of low power chips in them helps in minimizing the operating power both in active and standby modes.

The users are able to make better use of the devices without recharging them frequently. Therefore the ultra-low power chips are highly needed for the next future generations of wearable which are expected to be of high functionality.