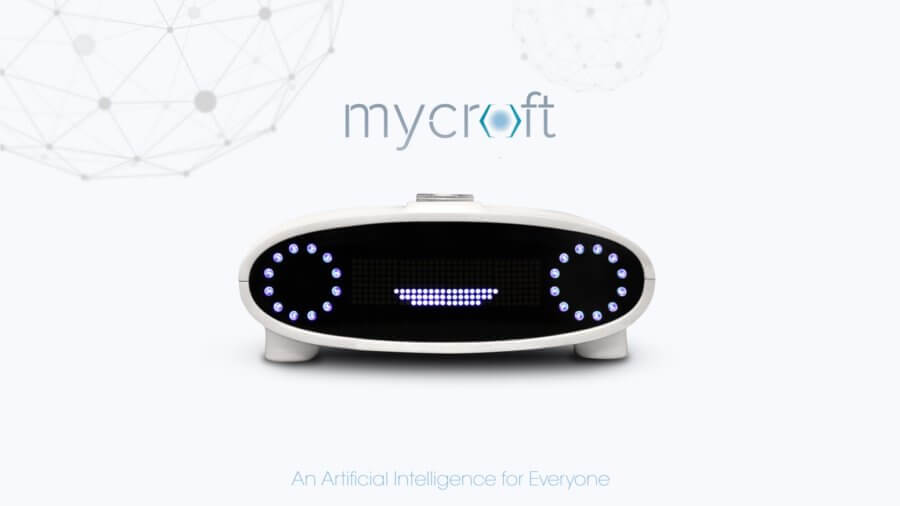 Mycroft is coming up with a new open-source AI voice assistant which is more secure and customizable as compared to other popular voice assistants that are present in the market.

The Kansas City-based voice platform company, Mycroft, has recently announced an open source AI voice-assistant, the Mark II. The company has claimed this voice assistant to be an alternative to other popular voice assistants in the market such as Amazon Alexa or Google Assistant.

AI and voice assistant technology are very important and are set to play a very important role in the future. The Mark II designed by Mycroft is a new addition to it. Based on what the company has shared about the device, it is safe and protects users’ privacy, features data processing transparency, and is customizable. Other popular voice-based assistants available on the market store every piece of voice they hear from users.

At Mycroft, the recordings get deleted as they come in, except when a user makes the choice of sharing the data by choosing the option of the open data set.

According to the company, the Mark II is a speaker which has been designed for everyday users, and it offers a variety of technical expertise. In addition, the Mark II device has been incorporated with all the lessons learned from Mark I. As of now Mark II works on only English language and the company developers are progressively working on other languages including German, Spanish, Italian, Portuguese, and French.

For some time now, many big companies have been launching voice-enabled apps, and these apps are gradually becoming an established part of people’s everyday lives. It is changing the way consumers interact with different things including popular brands. Indeed, the number of users for voice-enabled apps is growing every single day.

Artificial intelligence voice-based technologies are showing encouraging signs of changing the dynamics of how people work with machines and, subsequently, how they interact with each other. Voice technologies from renowned companies Apple, Amazon, Microsoft, Google, and others are beginning to expand their presence in the consumer market, with wide-ranging development in-progress in order to bring in this technology completely into healthcare.

Some of the front-running hospitals are already building on how patients react to using experience healthcare services with voice AI.

John Loughnane, MD, the Commonwealth Care Alliance chief of clinical innovation, said that the industry is fast moving into the territory of voice technologies that can be used to modify personalized care programmes.

Actually, there are still some increasing pains that are yet to be undergone. While speaking at the Boston Children’s Voice Health Summit in October, Sara Holoubek, who is the CEO of Luminary Labs, named the year 2018 as the year of the voice tech pilot. According to her, it is the time of extensive trial and error.

Based on what a Mycroft spokeswoman said, the customers can expect Mark II to be available in the market from December, and the company will make an official launch of the system next year at the Consumer Electronics Show which will be held in Las Vegas, from January 8 to 11.

Mycroft says that voice is becoming a part of every device, every platform and every household on a worldwide level. The technology is expanding its presence inside almost every home as an AI assistant. This means the voice has to be flexible, customizable, unbiased towards the vendors and should emphasize on the privacy features, everything that the branded voice assistants available on the market are not offering as of now.