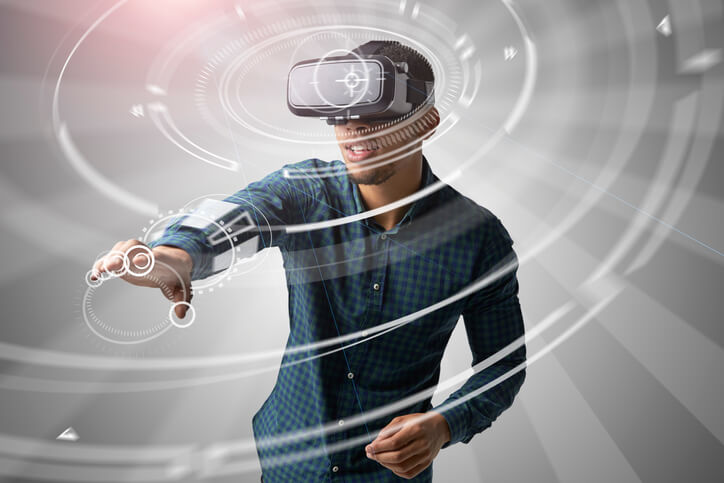 Late in 2017, the virtual reality gaming industry got a major boost with the release of the games, Fallout 4 VR and DOOM VR. These games effectively solved the lack of AAA games on the medium and established that there could, in fact, be high quality, visually amazing games developed through virtual reality. They opened new doors for VR, such that there are now standards and expectations that match those of high-end consoles. That is to say, the VR game in the near future is meant to be something big, bold, beautiful, immersive and engaging – not just another experiment in VR.

This would make it easy to believe that the entire industry is heading in this direction, with everything getting bigger and better. However, just as games like Fallout 4 VR and DOOM VR have come out to show us the graphical potential of virtual reality, some far simpler games have illustrated that content and attention to detail can matter just as much as size and scope.

Just this summer word emerged that Realistic Games had unveiled its first 3D table game. This may sound a little primitive for a July 2018 tech headline, but it represents a major step forward in the immersive quality of some standard, simple casino games. In this genre, nothing overblown or dramatic is needed – just a simple but convincing 3D rendering that you can concentrate on.

It is not only the gaming and entertainment industry that is being transformed by virtual reality. VR is taking a center stage in the global digital health and therapeutics market.

And that is what brings us to the idea of VR used in treating anxieties and phobias. It should go without saying that in a medical or therapeutic setting, there is no need for the kind of giant, immersive world that tends to grab headlines in VR. Even if such a world could be of assistance, in fact, it seems unlikely that there would be adequate funding for it at this point. But focus on the lower end of VR innovation – the creation of more basic programs that serve a specific purpose and do it in a convincing manner – and you start to recognize a potential sweet spot for treatment programs.

These programs are starting to emerge, and just like Realistic Games’ 3D table game, they can do wonderful things with fairly simple applications of VR. The most prominent example might be Deep, a VR game that relieves anxiety attacks and has been said to be so moving it has made adults cry. It’s a visual and audio experience designed to soothe, and while it does compose something of a world for you to travel through in VR, it does so with, one might say, mobile app level graphics and a limited scope.

Deep, however, happened by accident. It was merely a tool its creator made for himself so that he would have a sort of private isolation chamber in which to relax. He was by all accounts unaware of its potential impact.

Once you understand the far-reaching consequences that VR can have on the healthcare market, you will soon be able to realise that VR-enabled therapy sessions are going to hit the market sooner than later. We’re hearing about everything from Deep-like apps, to programs that address specific phobias by immersing people in trigger factors virtually, while keeping them entirely safe, and in the presence of a therapist or doctor, physically. It’s a whole new world of treatment and one that appears to be improving fairly rapidly.