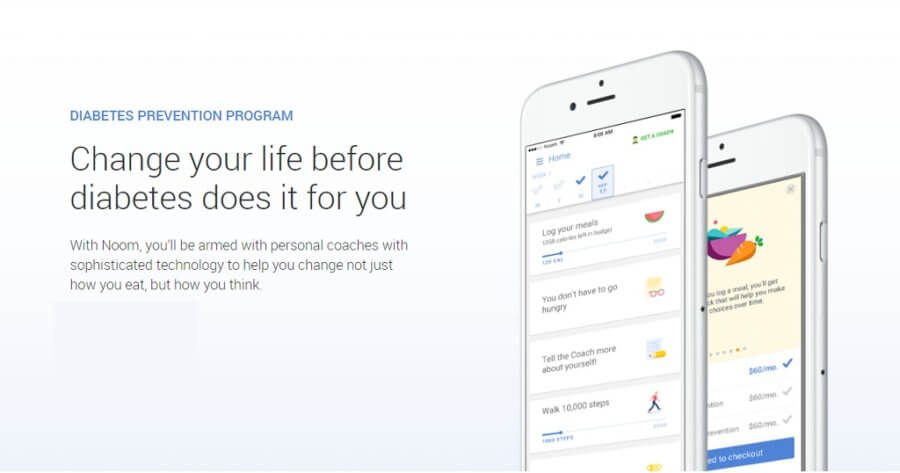 The AI-based platform Noom Coach succeeds in rendering weight loss to diabetics by 9%, studies show the results to be convalescent than CDC’s diabetes program.

In recent news, the Journal of Medical Internet Research talked about a unique AI Based app Noom Coach that renders the patients with effective weight loss schedule which they must strictly adhere to. The statistics showcased the results to be far better than CDC’s national diabetes prevention program. The AI-based app has pre-planned agenda, a 65 week observational follow up with the needed instructions given to patients by AI Coaches.

Patients need to constantly update their progress i.e. the amount of exercise done per day, caloric consumption, overall dieting done and hours of sleep attained by the patient.

The program has been described as an astounding venture with latest technologies like artificial intelligence being merged with human coaches as well as AI one and medical knowledge regarding quintessential treatment of diabetes. The results of the study made by this commendable app are unbelievable. An average of 16 pounds by week was lost by the diabetics with an increase up to 20 pounds per week by the end of 24 weeks.

The program had a schedule designed or crafted in such a way so as to render the patients indulged in the program both physically and mentally. It took care of all the basic amenities required by patients during the follow-up. Proper training and diet are the two most important factors for diabetic patients to improve their condition and tackle this global medical issue and this has been taken care in an efficacious manner in the “Noom” program.

According to analytics, the amelioration done by CDC’s National diabetes prevention program was much less than the AI program, it requires participants to lose 5 percent of their body weight over in a time period of 6-12 months.

Also, the completion rate of this new AI-based diabetes program is improvised, with about 80% of the signed-in patients completing the program.

Saeju Jeong, a Korean engineer as well as the owner of this unique start-up discussed how diabetes has been prevalent for decades and has emerged to be an issue at a global level. With diabetes and obesity being the topmost illness in the United States, necessary initiatives to consummate this globally deleterious problem is much needed.

About 30 million people in the premises of this global superpower are suffering from diabetes, with about a double that is at the beginning stage i.e. pre-diabetic. All the hyperglycemic people signed in for this amazing diabetes program based on AI and the results were fruitful for almost everybody.

The improvisation highly depended on how devoted the patient was to the instructions and guidelines provided by the AI coaches as well as weekly human coaches that advised them the most suitable ways.

Hence, even the technology when merged and moulded with medical science proves to be highly efficacious and “Noom” is a live example of this. With a higher percentage of amelioration, greater involvement as well as larger potential for affecting the health of a vast number of people, This AI Based diabetes prevention program is a complete package for every diabetic individual.