Operations in 3D: Newest developments in mixed reality in surgery 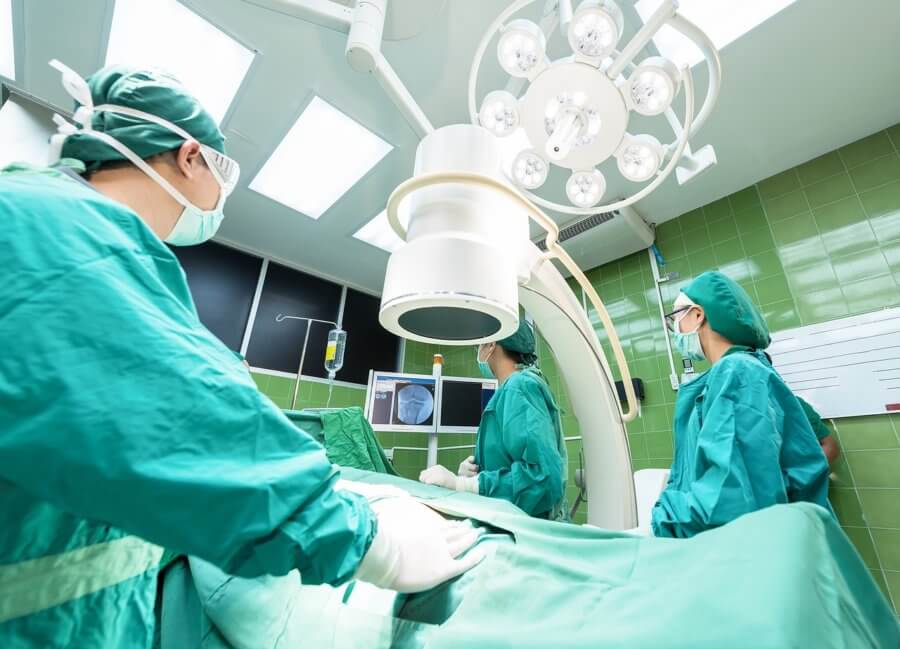 Mixed reality in surgery: A new wave in healthcare technology

Mixed reality commonly known as hybrid reality is the combination of both real and virtual worlds that results in the development of new environments characterised by both physical and digital elements that mutually co-exist in real time.

Mixed reality is being used in surgical operations whereby surgeons are using real-life virtual tools together with Microsoft’s Hololens to initiate a mixed reality environment in the operation room. This new form of technology has allowed surgeons to perform surgeries under the guidance of their supervisors through the 3D video feature that creates patient imaging during the procedure.

Therefore, mixed reality has allowed physicians and surgeons to access patient data while interacting with other medical staff during the surgery.

In addition, this technology has improved the learning process among medical students since operations are transmitted to monitors and screens within the hospital.

The technology behind mixed reality is a combination of both virtual and augmented realities through the use of display and sensors technologies, computer visions, and advanced optics. Mixed Reality (MR) works by scanning the immediate environment upon which the user is located and creates a 3D image of the exact surrounding so that it can create a replica reality.

Unlike Virtual Reality (VR), MR allows users to interact with digital content in reality. MR uses transparent lenses and spatial sound to create holograms that mimic the actual environment by allowing the user to interact with real objects.

Magnetic Resonance Imaging (MRI) is used to give the visual representation of the interior organs of the body to detect complex diseases for the purposes of clinical analysis and medical intervention.

The MRI process is time-consuming because it involves taking various photographs of the body from different angles through a process known as Nuclear Magnetic Resonance (NMR).

Therefore, to ensure the photos are of high quality, MRI uses 3D technology to ensure that the cross-sectional images are combined into a consolidated 3D data that is viewed without the need for smart glasses. Mixed reality is a game-changing technology in the medical imaging segment.

Mixed Reality has helped surgeons conduct complex surgeries before the actual operation through the use of MR simulations. In addition, it allows medical physicians to access better medical learning materials to improve their surgical skills and expertise. MR has minimised the time taken for surgeries to be successfully completed because surgeons are constantly interacting with holograms during surgery.

MR applications are used to simulate 3D images in a bid to improve visualization of the patient’s internal organs during the surgical procedure. In addition, medics are able to issue appropriate diagnosis during the initial stages of the surgery so as to know how to proceed with the operation.

It is estimated that by 2023, the MR market will be approximately $2.8 billion and the sale of the MR headsets will reach a market value of over $35billion in 2024 throughout the world. There are numerous startup companies developing MR products for surgery. It is also estimated that there are about 15 startups in Mixed Reality technology in the healthcare sector. Some of them are:

This is a startup company that uses VR headsets to track movements in simulations and reflect them in real life during orthopaedic surgeries. These headsets are compatible with Oculus and HTC Vive technologies boosting efficiency inpatient experience.

It is a startup company that uses 3D and AR technologies in developing surgical applications. The company’s technology is used to boost efficiency and improve workflow in clinical trials and operations. The innovative technology allows physicians to access key features needed during complex examinations and diagnosis.

It is a startup company based on Augmented Interactive Reality (AIR) that uses smart glasses that help physicians and doctors gain access to critical medical information through voice commands, hand gestures, and body motions.

It is a startup company that uses AR platform to perform surgeries through visualization capabilities. The company relies on AR technology whereby it uses 3D imagery projections of the patient’s anatomy.

It is a startup that uses VR technology to initiate an immersive 3D operating experience for surgeons and physicians. The company is known to manufacture and distribute AR and MR products to hospitals around the world. It is also used in training and educating young professionals to become experienced doctors and nurses.

The future of mixed reality in healthcare

The technology behind MR has revolutionised digital health throughout the world by improving medical services and products that cure, treat and diagnose patients suffering from complicated diseases. Most companies in developed countries from North America and Europe are still conducting Research and Development initiatives to discover more use cases of MR technology in performing surgeries.

Moreover, startups are creating advanced technological methodologies and concepts that will streamline surgical procedures by minimising the possibilities of human errors. In the future, most operations and treatment plans will use VR, AR and MR technologies.