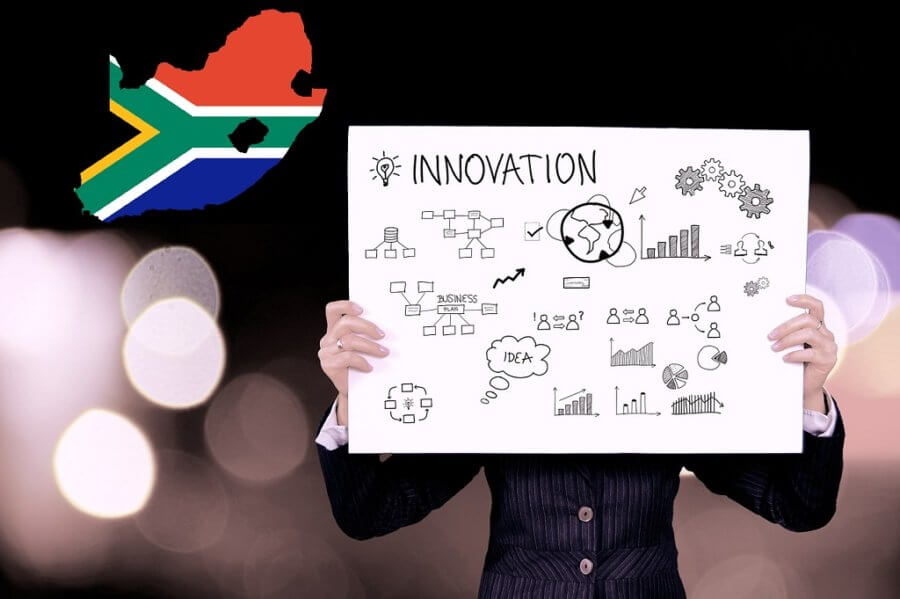 South Africa has a population of about 56 million which equivalents to about 0.7 in the world, and is the second largest economy in Africa, after Nigeria. South Africa’s health care spending, totalled to $29.8 billion in 2013 and is projected to increase to a total of $39 billion in 2018, while total expenditure on health as a percent of GDP is 8.8. According to Philips South Africa’s innovation research study, 64% of respondents saw healthcare as a crucial sector for innovation while in a 2014 report of the World Intellectual Property, South Africa was considered the 9th most innovative upper-middle income country.

The country’s 3 major mobile networks cover 90% of South Africa and has benefited numerous mobile health implementations such as MomConnect a mobile messaging platform that saw 465,703 users adopt the service.

The GSMA network states there are 101 mHealth services throughout South Africa of which 83 are live.

Platforms such as connectmed are some of the leading telemedicine startups in the country, while startups such as Vitls produces wearable health trackers which allow medical teams to remotely monitor a patient’s vital signs. HearX, a hearing-focused digital health firm, raised a $2.8+ million seed round, including $500k in grants.

Another startup OculusID is responsible for developing biometric solutions with impairment detection through the application of non-invasive, hygienic and cost-effective innovations, while CapeRay is combining X-ray and ultrasound breast screening equipment, to develop an innovative way for doctors to diagnose breast cancer.

South Africa is also seeing the growth of digital health accelerators such as the DHCT, aimed at supporting digital health innovation in the country, whereas the government is fast-tracking the implementation of a National Health Insurance scheme, which will eventually cover all South Africans. In addition, the country has medical manufacturing capabilities and knowledge, and a highly competitive, innovative scene distinguishing it from other African economies.

Though the economy of South Africa is the second largest in Africa, the country just like other Sub-Saharan Africa countries has elevated levels of poverty. In 2015 more than half of South Africans were poor, with the poverty headcount increasing to 55.5% from a series low of 53.2% in 2011. HIV/AIDS is the most serious health concern in South Africa. The country has the fourth-highest adult HIV prevalence rate in the world. The world health organization statistics for the density of physicians (total number per 1000 population) is recorded at 0.8 in the country.

These factors combined with factors such as shortage of drugs and high population growth puts pressure on health care demands and gives African entrepreneurs opportunities to innovate.

Poor infrastructure in the health sector which accounts to such as congestion in hospitals, long distances to health facilities, shortage of health personnel, and paper-based records and operations has brought rise to digital innovations such as hello doctor to connect patients with doctors, EMGuidance to guide health personnel on their work and Vodacom’s Stock Visibility Solution (SVS) to capture drug stock levels on a daily basis.

South Africa’s highly innovative scene also raises the bar for innovation in the country such as the stories of Lesley Erica Scott, who developed an effective calibration method for TB diagnostic machines and recently won the Special Prize for Social Impact at the Innovation Prize for Africa (IPA) event in 2015 while in 2013, the South African Patent Office processed 7 295 patent applications, the most of all the low- and middle-income countries in the world, and in view of that, South Africa was considered the 9th most innovative upper-middle income country in 2014.

High levels of poverty, high population growth which puts stress on public resources and high unemployment rates are all rip testing factors pushing South African innovators beyond the edge of innovation.  The country’s competitive scene is also a major factor fueling next-generation entrepreneurs in the country.

2. The largest life sciences market in the African continent

Life sciences comprise the branches of science that involve the scientific study of organisms such as microorganisms, plants, and animals including human beings as well as related considerations like bioethics. South Africa has the largest life sciences market on the African continent, at approximately USD3.2 billion. This cultivates into what the continent’s largest healthcare market is valued at approximately USD28.1 billion.

In addition, the South African prescription drug, generic drug and over the counter drug markets are all projected to show considerable growth up to 2023. Due to historical and current socioeconomic reasons, South Africa has a population with a high genetic diversity. This makes it a particularly advantageous location for life sciences research and application in the long term.

The Department of Science and Technology has noted that South Africa needs to develop its health innovation system using a model that brings together government, academia, industry and civil society which will benefit from manufacturing capability, research and academia, and the regulatory environment.

The countries existing competitive advantage in these areas include:

Growing economy, higher disposable incomes and a high disease burden across Africa mean that there will likely be continually increasing demand for life sciences based products on the continent, which provides South Africa with a fast-growing regional market to tap into.

It can be stated that there are a number of critical areas and factors related to the life sciences industry in which South Africa performs well, particularly in terms of institutional strengths, human capital, and existing infrastructure and population demographics. However, a more effective collaboration between players across and between the public and private sectors is required in order to leverage on these factors and more effectively grow the industry.

The South African government has one of most supportive structure for supporting entrepreneurship in the country as compared to most African countries. The government is, fast-tracking the implementation of a National Health Insurance scheme, which will eventually cover all South Africans, Strengthening the fight against HIV and TB, non-communicable diseases, as well as injury and violence and regulating costs to make health care affordable to all.

The government through the Department of Trade and Industry (DTI) is also providing various grants to SMEs in various different sectors through programs such as:

These grant programs are provided to young entrepreneurs as an opportunity to access financial and non-financial business development support.

The National Empowerment Fund is targeted at black economic empowerment transactions. Through the provision of financial and non-financial support as well as creating a culture of saving and investing.

The above, just to highlight a few are efforts put in place by the South African government in order to sponsor next generation entrepreneurs in the country.

4. A large number of investors entering the South African market

South Africa has many attractive assets for investors such as an important demography, a diversified, productive and advanced economy, abundant natural resources, a transparent legal system and a certain political stability, despite the country suffering from high crime rate, increasing social unrest (strikes and demonstrations), high levels of corruption and structural issues in electricity supply and logistics.

Out of the total funding, South Africa startups secured the largest funds recording $167.9 million. Some of the major investors investing in the country include:

Youth in South Africa constituted 37% of the population in 2010, numbering 19.1 million individuals.About 70% of all South African unemployed persons in 2013 were youth. Several challenges have contributed to the crisis: A mismatch between the skills required by employers and the skills of young work-seekers, poor market mechanisms/inadequate market information and outdated HR systems, structures, and processes that favour experienced workers over first-time job seekers and lack on-the-job training.

However, the scenario has created an opportunity for about 50% of the youths in South Africa to start their own entrepreneur ventures in different sectors. According to a study, 42% of their young entrepreneurs respondents started businesses because they identified an opportunity.

Some well notable youths contributing to the countries development include; Rapelang Rabana the founder of Rekindle Learning, which describes itself as a “learning and development company that provides mobile and computer learning solutions that enable knowledge mastery and measurement in corporate and schooling environments”, Ludwick Marishane who at 17 invented DryBath through his company Headboy Industries Inc, a pretty neat, easy to use gel, and Emmanuel Bonoko who runs a foundation that empowers the youth through education and is founder of the Emmanuel Bonoko Foundation, which focuses on leadership, youth empowerment and entrepreneurship.

The underlying youth unemployment environment is also creating cheap labour for established startups to leverage towards their development.

Despite the underlying youth unemployment the country has a rich history of talented youth and individuals such as the likes of Alan Cormack who invented and named the CAT Scan (1972), Selig Amoils came up with the Retinal Cryoprobe which simplified cataract surgery in 1965; Mark Shuttleworth gave the world theUbuntu Linux operating system in 2004 and in 2008 Optimal Energy presented the first, proudly South African, electric car – the Joule.

South Africa presents a huge potential in digital health and life sciences market at approximately USD3.2 billion, and is the second largest economy in Africa, after Nigeria. Compared to other Sub Saharan countries, South Africa has a better supporting infrastructure and government policies that can be leveraged towards sustainable digital health startups.

The county is venturing into numerous digital health sectors such as telemedicine and mhealth, wearable and medical devices.

South Africa has manufacturing capabilities and research institutions, a big population that can provide market and labour, and a good number of incubators and government schemes to support entrepreneurship.

Despite notable acute health challenges and youth unemployment, the country has talented youths who are turning challenges into opportunities adding to the country’s’ highly competitive innovation scene. However more needs to be done by both the public and private sector in order to bring high impact in the digital health space and empower youths who are making up the largest population of the African population.