Home Startup Who is really making money in the digital health apps market?

Who is really making money in the digital health apps market? 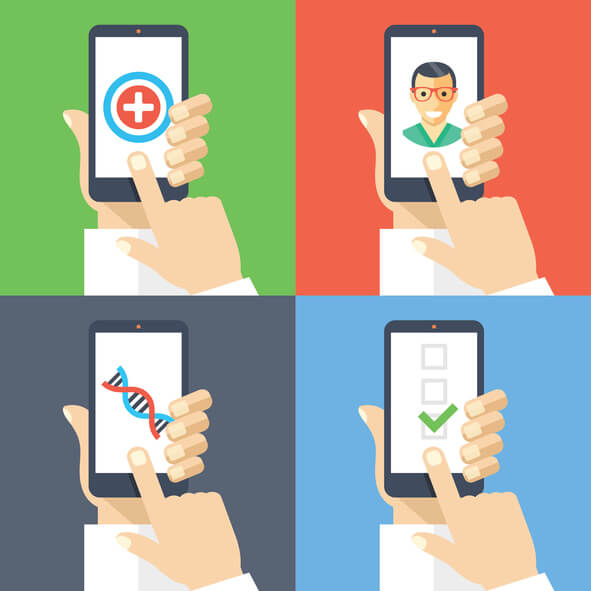 Health apps are software application programs that provide healthcare services to people through technological devices such as smartphones, laptops, and tablets. Healthcare apps are used to provide medical service and products to the patient directly to their devices without the need to visit the hospital.

They are used to bridge the geographical barrier between patients and doctors especially in remote areas that lack adequate transportation systems. These applications have improved doctor-patient interaction whereby they can communicate through online applications that provide video and audio features. There are various segments of the healthcare application sector such as telemedicine, electronic health records, and mobile health.

There are a total of 259,000 health applications on both Android and Apple platform that provide advanced medical care to users throughout the world. This rise of medical apps over the past 3 years has been attributed to varying patient needs and concerns when it comes to the quality of healthcare provision allocated to patients.

The United States, Sweden, Germany, the United Kingdom, and India are some of  the leading countries in the digital health application market simply because their respective governments heavily invest in the healthcare sector.

Due to the rising cases of diseases, infections and complications, the development of healthcare mobile apps in the United States has forced app developers in Silicon Valley to focus on creating medical apps that will resolve most of these healthcare problems. In the United States, the mobile app sector is constantly growing, as app developers launch mHealth apps that focus on fitness.

For example, Android users can use the fitness and bodybuilding app for physical health, MyPlate Calorie Tracker for dietary plans and Medscape for disease supervision.

For Apple users, they can use MyFitnessPal app for fitness purposes, Fooducate app for dietary needs and HealthSlate for disease management.

Furthermore, in the US all these apps are developed for the most common mobile platforms like Android and iOS. In India, medical applications are developed to boost patient-doctor interaction and to ensure that all patients within the country can easily access the services of a physician despite geographical distances. The mHealth market in India is fast growing because of increasing investment from the government and private companies.

Startup companies in the healthcare sector that utilise software application compose 9% of the total IT sector in the country. The digital healthcare market is the fastest growing economic sector in Germany providing patients with wide range of medical services such as telemedicine and mobile health. It is estimated that digital startup companies in Germany will grow by 21% by 2020.

Making sense of digital health apps market: Beyond the hype

Health apps in the fitness, wellness, diet and nutrition, physical tracking and monitoring sectors are mostly used by both doctors and patients to improve the quality of healthcare. Applications on these sectors require users to either purchase or subscribe to monthly, quarterly or annual payments in order to access premium features for better service delivery.

Among the 2000 application developers in the healthcare sector in the United States, Germany and India, only 70% of the developers made less than $10,000 while 5% made more than $1 million in app sales. 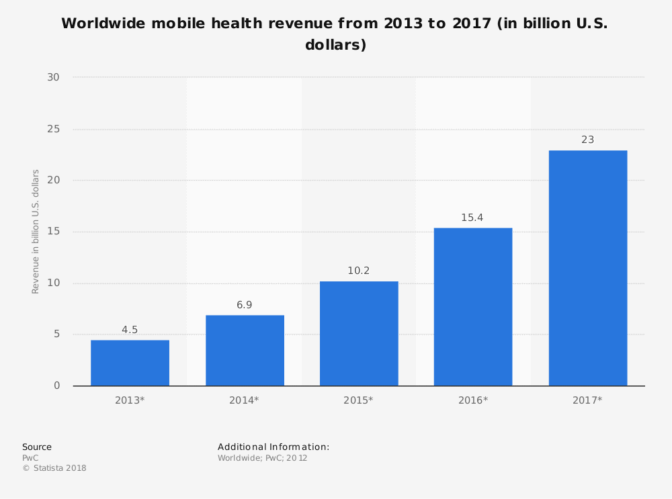 Digital health companies use both the Business to Business (B2B) and Business to Consumer (B2C) business models to ensure that their applications are made and designed in accordance to the requirements of users. App developers use these models to consult with medical organizations so as to understand the rising demand and need among physicians as well as patients so as to develop apps that meet these requirements.

Digital health companies make money from their apps by requesting users to apply for the subscription model whereby users can access the most advanced features that are unavailable for free users.

Some applications must be purchased before the user can download it on their mobile device. Lifestyle applications are most popular healthcare apps in the US, India, and Germany markets because a large section of each country’s population struggles with lifestyle diseases and complications.

Moreover, the presence of processed food substances offered in fast food restaurants has resulted in obesity and other body weight issues. Some of the most common lifestyle apps include Fitbit, Samsung health, Twilight, and Pedometer, step counter and weight loss tracker app.

Artificial Intelligence apps are the most overhyped in the healthcare sector because they offer inconclusive results, recommendations and suggestions to both physicians and patients.

These apps are yet to fully adapt to the human nature and to understand how a patient’s body reacts to certain medication, treatment plans and therapy to avoid further complications.

Fitness and lifestyle apps have yielded positive results whereby patients can monitor their physical health through wearable technological devices such as smartwatches, and wrist or arm trackers.

The global revenue for mHealth apps worldwide is estimated at $23 Billion from all stakeholders involved in 2017 with a total of $6.9 billion from Europe. Depending on the functionality and the features of the health application determines if it is user-centric or used solely by medical professionals.

For example, user-centric apps include apps that user can easily use at home or at the office to monitor their physical health to determine their heartbeat, breathing rate and hypertension. User-centric apps use the Business to Consumer (B2C) business model. These apps make considerably less money because they directly charge users to either use the app’s advanced features or to install the app on their mobile devices.

Health apps such as Physician Referral, MediTech are used by healthcare providers because they have complex features that require medical expertise to properly operate. For example, such apps include cancer screening applications that determine if the patient should immediately start chemotherapy. These apps rely on the Business to Business (B2B) model. Developers make a considerable large amount of money when they sell apps to medical organizations.

The average cost of a healthcare app is $9 and users are most interested in fitness apps that come with wearable devices. Medical applications have attracted global interest from companies, governments and individuals.

Therefore, in the Indian, German and US markets, the government, public and private companies as well as individual stakeholders have invested in the development of mHealth applications.

The future of mobile health market

Advanced technology has led to the growth of the digital healthcare market around the world as more people install medical applications in their devices. mHealth apps have changed how healthcare is administered, delivered, and accessed by both doctors and patients.

Artificial Intelligence apps are the most overhyped mHealth apps in the medical sector because the technology behind it is still in its research and development stage. However, the healthcare AI apps revenue is estimated to reach $7,988.8 million by 2022.

As app developers continue to use sophisticated programming languages in developing these apps, the future of the digital healthcare industry is very bright because healthcare professionals have taken an interest in using these applications in their medical practice. It is evident that customers will take much interest in lifestyle applications because they can use it at home to track their health status.