Home Technology The growth of health & fitness apps in India | Are there more apps than users?

The growth of health & fitness apps in India | Are there more apps than users? 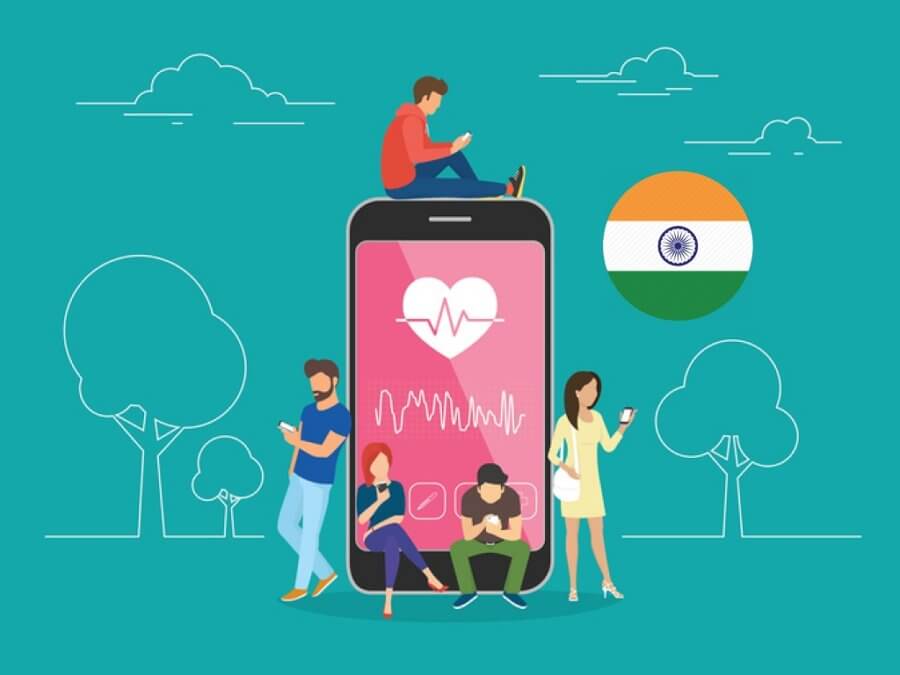 The growth of health & fitness apps in India

The main role of these mobile applications is to keep the users informed about their health.

Fitness apps track and monitor the fitness levels of individuals by measuring their heart rates, calorie level, during their exercise and daily activities as well as the dieting and sleeping patterns of the users.

Among the major startups in the domain of health and fitness apps, HealthifyMe is the leading and most popular fitness app in India. This app allows its user in keeping a track of calorie level and in setting fitness goals. Its users can also measure the progress of their personal health goals. This app has raised the fund around $12 million.

GOQii app was launched by Vishal Gondal, this is a technology-driven wearable device. This fitness tracker keeps a record of users’ sleeping patterns, active time, walking steps and distances covered, and the calories burned. This app has risen funding of $13.4 million.

Trueweight fitness app is the Bengaluru based company; this app guides people in their dieting patterns to lose the weight. To achieve the fitness goal, specially designed for Indian body types, the Mobiefit app helps in losing weight, gaining muscle bulk and in keeping your body stronger. This app has risen funding of $1 million.

HealthSaverz is the most compliant online pharmacy in India. This app also serves as a medicine reminder for patients. These fitness apps are the most trending apps that have ruled over the health industry in India.

The possession of smartphones by a number of Indian users has given a rise in its explosion since these apps provide them with a substitute of health coaching at their doorstep. Similarly, the hectic lifestyles of many people have compelled them to use fitness apps to stay fit and healthy. Moreover, the most influential factor that serves as the contributing factor in the rise of its use involves the celebrities as fashion icons and their healthy lifestyles.

Do we really need these apps for improving healthcare?

In India, the rising concern over the health of many people is due to the sedentary jobs. To cope with the health challenges faced by them due to their deskbound jobs, fitness apps help in improving the healthcare.

Due to the physical inactivity that their workplaces often deprive them of, this inactivity results in obesity, cardiovascular diseases, and high blood pressure. Considering these dangers to health, fitness apps have become a need for many people.

By keeping a track of your heart rate, calorie level, the steps you walked all such parameters help in keeping you aware of the functioning of your body. These health and fitness apps help in keeping the users physically active by using techniques to create changes in their behaviour.

Fitness apps are quite significant for people who are conscious about their health and want to progress in it. These apps serve as a motivational factor when its users come to know that they are progressing in their health. In addition, the apps that track the heart rates, and monitor glucose levels in the body have been the most beneficial fitness apps due to its easy and efficient measurement of these things as compared to regular, physical activity trackers which are not of much use to the users.

To add more, you can use wearable devices that make working out easy and prevent you from manually inserting your daily physical data in apps.

Being a developing country, India has to face various issues regarding the health of its people due to pollution, unhygienic conditions and sedentary lifestyles. In India, many people are unable to choose their lifestyles on their own but those who can do so are facilitated by these technology fitness apps on their smartphones.

The fitness apps that are most likely to succeed include the Couch to 5K app that allows you to make walking and running a part of your routine to avoid obesity. Similarly, the fitness app like DailyYoga suggests its users with above 500 yoga poses for mental relaxation, body strength, meditation and weight loss.

But there are certain fitness apps that are likely to fail due to its wrong instructions. In a study conducted by the Guardian reports, it was found that many fitness apps often fail in counting the calories. Another disadvantage of fitness app is that the users might tend to elicit a psychological phenomenon of over-consumption as a reward of over-exercising as instructed by apps.

How does the future look for health and fitness apps in India?

The state of wellness and to maintain a healthy lifestyle is desired by all. Considering the aforementioned benefits that fitness apps provide, these apps have been playing an essential role in lives of people regarding their health. The health and fitness industry with the inclusion of technological advancements has resulted in an explosion of fitness apps in India. Every health and fitness app aims to provide new and innovative additional features than later apps. In India, people have to face severe consequences due to their unhealthy lifestyles and environmental conditions at the macro level. Therefore, the future of fitness and health apps seems to be brighter since people can select fitness apps based on their particular needs and in return these apps provide them with satisfying results.

In fitness industry of India, the revenue amounts to US$475m in 2018 with its wearable segment as the market’s largest segment in the fitness industry. By 2022, the expected number of users in app segment is about 56.4m in India. 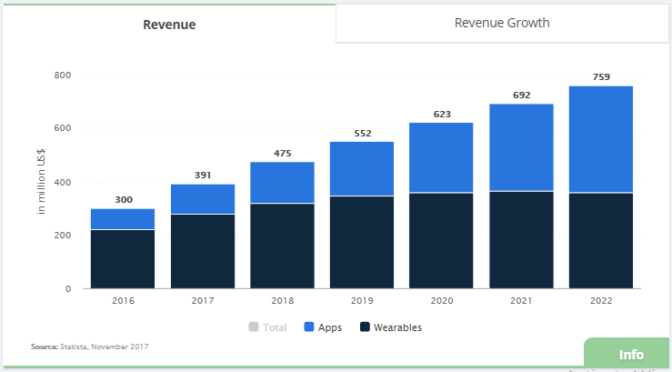 For the success of health and fitness apps startups, it must be ensured that the startups retain their customers by adopting innovative approaches considering the requirements of the customers regarding that particular fitness app.

Digital health startups must also ensure that their users find the fitness apps convenient and valuable in their personal daily lives. In conclusion, these startups must emphasize on the scaling of fitness app in combination with its customer retention.