Brain enhancement with microchips: Futuristic hype or a new technology? 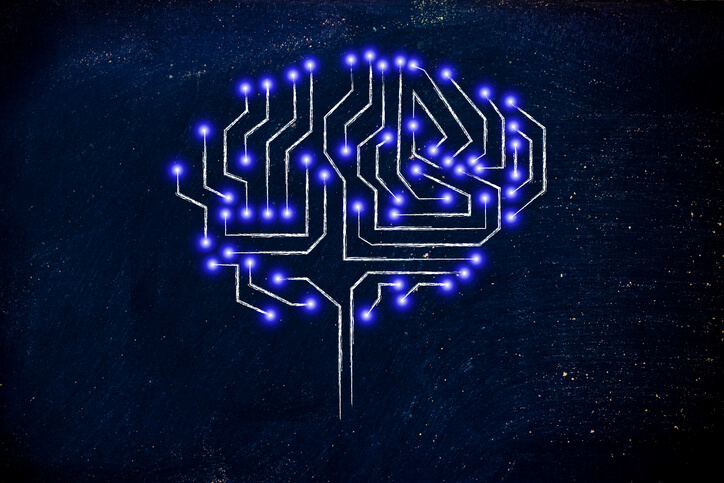 Brain enhancement with microchips: Is it possible?

Brain enhancement is the process of improving an individual’s mental function such as memory, attention, concentration, and cognition through biological, scientific and medical applications and processes that boost brain’s neural activity through the circulation of oxygen. Microchip is a small semiconductor module made from several circuits that contain program logic and computerised memory.

People need to enhance their brains because it promotes brain longevity and removes any possibility of the individual suffering from dementia or any other neurological complication.

In addition, it improves a person’s cognitive capabilities that allows students and professionals to solve simple and complex problems without too much mental anguish or strain. Therefore, one of the many advantages of enhancing the brain include improving brain health through active responsiveness from external activities that might affect a person. Furthermore, it improves an individual’s learning and memory performance as they can process and store data without mixing up past information.

Brain enhancement ensures that patients receive neural implants that are stored in microchips. These microchips send neural electrons to the brain and trigger it to function in a certain way based on the circumstance an individual finds himself in.

The technology behind brain enhancement is based on neurotechnology which functions through brain-based computer interfaces that also involves the integration of artificial technology.

Currently, its implementation is being reviewed by medical and technological experts in Artificial Intelligence and Brain-Computer Interface (BCI) technology to assess the interaction between humans and computerised systems in improving decision making skills. Brain enhancement is a futuristic reality because currently, it is not readily available. It is still in Research and Development (R&D) phase because scientists are still reviewing the practicality of integrating the human brain with Artificial Intelligence (AI).

Neuralink is an American startup technology company that has vested interests in BCI whereby the human brain is connected to electronic devices, the internet, and the cloud through cybernetic implants. These implants serve as an interface between the brain and computerized programs whereby individuals directly interface with electronic devices. Neuralink is the leading company in Artificial Intelligence and brain enhancement technology because the founder, Elon Musk has invested heavily in improving the quality of the human brain.

Kernel is a startup brain-machine interface company that uses neuro-technology to detect neurological diseases. The company has devised mechanisms that ensure developers understand the complex dynamics through advanced applications that enhance an individual’s cognitive abilities.

Flow Neuroscience is a startup organization that deals with brain enhancement technology that detects depression through the Transcranial Direct Current Stimulation (TDCS).

Halo Neuroscience is an America based startup that enhances brain functionality through the use of a brain-stimulating device known as Halo Sport. This company has developed the first-ever device that stimulates the part of the brain that is responsible for muscle movement. It is aimed at training an individual’s strength, skill and endurance.

BrainCo is a fast-rising company that has developed a wearable device known as Concussionometer that assess the extent of a person’s concussion. Moreover, the company manufactures mind-machine interface wearables. For instance, they developed Focus FAMILY which is used to monitor and analyze brain waves of the patient. Through neurotechnology, this device measures a person’s normal brain function and detects any abnormal neural activity.

All these companies aim to improve the quality of the human brain by creating wearable devices and software programs that detect how the brain functions and responds to external stimuli.

Research methodology has been used in the brain enhancement field because it ensures that new technological approaches are being developed and analyzed for efficiency. Therefore, these companies provide users with an in-depth understanding of how their respective brain functions when exposed to peaceful and stressful situations. Brain analysis is the main service these companies are offering to users worldwide through the use of Artificial Intelligence and neural link.

Brain enhancement: Hype or a reality?

Neurotechnology is the technology behind brain enhancement that has allowed relevant companies to develop wearable devices that analysis brain waves. In addition, this technology has allowed most tech-companies to develop medical therapies that diagnose mental illnesses and ailments such as mental depression and other disorders such as Parkinson’s disease. Some of the major players in the brain enhancement industry are Neurable and Sync Think.

There are other upcoming startup companies that have come up with advanced technological devices that scan the brain for anomalies and inconsistency in brain waves such as NeuroNation, Happify, TruBrain, Lumosity and BrainsGate.

Currently, most of these companies have invested heavily in R&D endeavours to ensure that users get the best service and device to scan their brains. Brain enhancement technology might interfere with privacy issues for individuals because experts might access your personal thought process without your consent and even retrieve your memories through the use of AI.

There are a lot of controversies surrounding the AI and BCI technology because people consider it a breach of privacy as there are no clear rules that restrict the use of this technology. However, AI can be used to ensure that the technology only responds to the user’s requests and demands. Since it’s an upcoming technology, currently it is available for the extremely rich who have the resources to access these facilities.

More research is being done on the practicality of this technology in improving the quality of an individual’s brain and mental state. This technology has been applied in the American military through the use of cybernetic stimulations that has been used to augment the soldiers. This program can be used by the military to do an unwarranted test on military personnel without their consent.