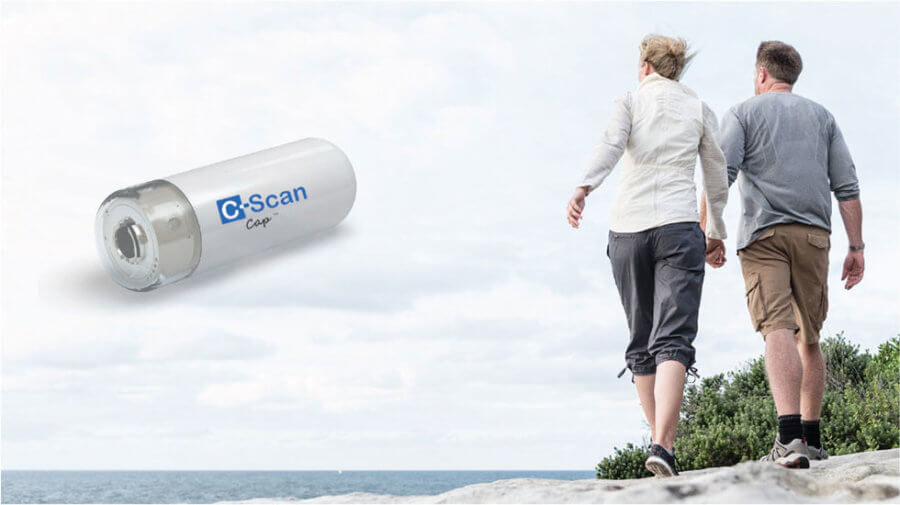 Check-Cap, based in north Israel, is developing C-Scan to enable preparation-free screening that is otherwise impossible with colonoscopy, an invasive procedure that no one wants to get done.

Colorectal Cancer is the third most commonly occurring cancer types both amongst men and women. This cancer affects either the colon or the rectum. Expert health groups like U.S Preventive Services Task Force recommend regular screening for people over the age of 50. CRC is responsible for at least 700000 deaths and 1.4M new cases are reported annually worldwide.

The current screening methods are often painful and an embarrassing for the users. Moreover, they require bowel preparation by the use of laxatives, sedation, and even fasting.

Israel-based Check-Cap has now found a solution to this problem of masses by inventing C-Scan, a capsule that uses wireless communication and ultra-low X-Ray technology. The best part is that it works with the natural state of the bowel and doesn’t require any preparation.

Patients are required to ingest the capsule along with fibre supplements and a contrasting agent. When the capsule naturally passes through the GI-tract, it uses X-Ray to collect and wireless technology to transmit data that is used to create 2D/3D maps of the colon. This information helps in the screening of the pre-cancerous/cancerous polyps in the colorectal region.

C-Scan received its CE Mark approval in the European Union in January this year. Check-Cap has also collaborated with GE healthcare to manufacture C-Scan on a large scale in the US and is looking forward to receiving the regulatory approval in the country.

“The first version of C-Scan was tested at multiple sites in Israel, and since we finished the CE study we’ve developed an advanced version of the capsule now in a clinical study,” says Check-Cap CEO Alex Ovadia.

The capsule was invented in 2005 by Dr. Yoav Kimchy. “He understood that people don’t want to get screened for colorectal cancer, so he started working on a technology that could allow for screening of the colon without colonoscopy and bowel preparation,” says Ovadia.

“It was challenging because there were so many aspects no one had ever done before. What’s unique is that the position of the capsule is tracked in real time in the patient’s body. We scan the colon only when the capsule is in motion in the colon, which limits the amount of x-ray exposure.”

Another Israeli-based medical diagnostics company, Given Imaging (Medtronic) has developed PillCam, an ingestible pill-sized camera, which is approved for use in the US and Europe. It helps in the direct visualisation of the GI-tract to look for structural abnormalities and polyps.