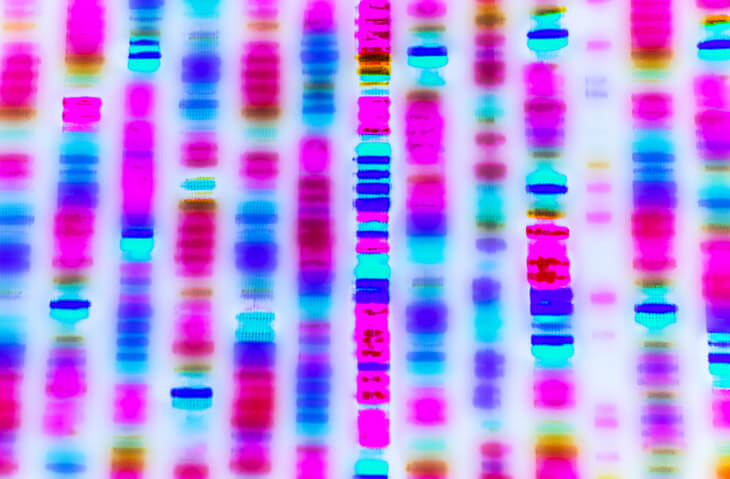 What are Direct-to-Consumer tests?

Almost everything that goes by in the human body has something to do with genetics. A majority of diseases that attack the people at some point relate to the person’s genes. Your genes are responsible for how you react to allergic substances, the ability to avoid infections. Degenerative disorders are also heavily influenced by your genetic composition.

Nowadays, patients have taken their health a serious business. The current day technology has led to the establishment of Direct-to-consumer (DTC) tests. These tests provide consumers with information relating to their genes without the involvement of healthcare professionals.  This is as opposed to what used to be of genetic testing traditionally, the service was only available through healthcare practitioners.

DTC gene tests are traded directly to consumers and marketed on public and press platforms such as on television and magazines. The tests are also known as ‘at-home genetic testing.’

In early 2017, the US Food and Drug Administration (FDA) approved the marketing and direct sale of consumer genetics for some ten different health conditions by 23andMe. The gene laboratory provides personalized gene tests for some genetic diseases such as Alzheimer’s, Parkinson’s and Celiac. The gene testing doesn’t diagnose the disease, but it only assesses the genetic risk of the condition. According to the FDA, it is necessary to have tested so that we can make proper lifestyle choices or seek medical advice.

If you want to have a genetic test, you will need to have access to a working e-mail and the internet, you register with the company from their website and pay through the available online payment platforms, the credit card is commonly used. In return, you will be emailed a test kit along with instructions on how to collect the cells from cheeks or saliva.

After receiving the sample cells as instructed, you mail them back to a lab for analysis and a report comes within some time. Your test report may include gene condition prediction, recommendations to avoid the predicted condition. You might also get a link to a genetic counsellor.

Benefits of the DTC tests for the patients

Though not yet confirmed by the FDA and or CDC, some genetic companies have advanced a claim that through the evidence, doctors can get information on how a patient is likely to respond to certain treatments; how active a certain drug can be to a patient. The argument finds abuse in the medical researchers that report differing drug effectiveness depending on genes. This will surely help patients to heal faster by taking correctly prescribed drugs.

Insurance companies may require a genetic test report to help in the process of determining the best plan for their client.

The tests recommend an adequate diet to keep you safe from the condition or to reduce the effects to your body; they also link you to a genetic counsellor from whom proper directions and advice can be acquired.

The tests are also of benefit as they can be taken a right from home without necessarily consulting a medical personnel such as a doctor.

But the tests have always faced criticism, from the federal government and other organizations resident to the United States: they are highly priced relative to how necessary they are. The DTC companies have also been associated with misleading marketing strategies. In 2013, 23andMe was suspended from providing its services to the USA consumers until re-approved.

This followed a concern over the credibility of the results their ‘Personal Genome Service’ gave to the public. They were put under scrutiny to get an assurance that the firm had clinically and analytically verified the accuracy of their system.

How big is this market?

According to the Global Industry Analysts Inc, the market for gene testing is expected to reach US$7.4 Billion through 2020. Contributing to the high expected demand are the rising cases of genetic disorders and diseases such as Huntington’s. Many people have sought the advice of the genetic tests to predict their risk of being attacked by genetic diseases.

With the CAGR of more 18.8%, the US is the fastest growing market for the DTC genetic testing kits worldwide. Considering the market requirements of DTC test with its high demand, many other companies have joined the trail.

Below are some of the businesses that are leading in the provision of genetic tests direct to the consumer:

The companies undertake the genetic tests using sample saliva to determine the carrier status of disease risks, drug metabolism, genetic disorders and ancestry. The firm has also collaborated with pharmaceuticals to research and generate remedies to diseases such as Parkinson’s and breast cancer.

Founded in April 2006, 23andMe is a private venture-capital firm. It has attracted investments from Google Inc, MPM Capital, Johnson& Johnson development corporation among many others. Tests from the substantial cost between $399-$499 depending on the type.

This company offers tests for some hereditary disorders, chromosomal conditions, and BRCA type 1 and two genes. Counsyl requests for approval of your physician before sending you a kit for sample saliva collection. After you send the saliva specimen back, it is analyzed, and a report is prepared accordingly. Genetic experts are also available to help in genetic counselling.

The lab uses an online platform to send a person a kit requesting for sample saliva. The specimen should be sent back using the same channel for analysis. They test for disease risk, pregnancy planning, drug metabolism and ancestry. Their services cost $ 399 for disease risk panel and $249 for ancestry.

This company has sought the help of engineers from Google, Stanford, MIT, and Berkeley to work in their fully automated innovative lab towards enabling a rapid analysis and computation of genetic data.

They are the minds behind the Color Test which comes with genetic complement counselling and analyzes over 18 genes for inherited breast or ovarian cancer. The test is priced at $249.

How accurate are the results?

Some labs have been accused of providing misleading information from their tests. The accuracy of the results solely depends on the quality of the sample sent to the labs and the expertise of the lab personnel. You may need to verify the certification status of the facility before trusting them with your fluid samples.

Regarding the confidentiality of the information you submit to the company labs online, the company is responsible for keeping it safe under the Genetic Information Nondiscrimination Act, and genetic composition can not discriminate against you.

You can find out about the terms and conditions of the company regarding sample storage. You can also ensure that your results are printed on a secure online server, stored anonymously and protected by a password.

Many firms are likely to join the market especially due to the forecast rising demand of the general tests. Other governments are also expected to allow and capitalize on the tests to curb the general condition at initial stages.

Existing companies offering DTC test are also undertaking continuous tests to perfect the art of genetic testing. Hence they are expected to provide the best shortly regarding disease prediction.

It’s everyone’s hope that someday the genome test results may be used to guide us in health and lifestyle decision-making as opposed to the present where they offer little practical benefits.

It will be a valuable weapon against large disease cells such as cancerous cells. The Early prediction will provide enough advice hence reduced amputations or organ implants.