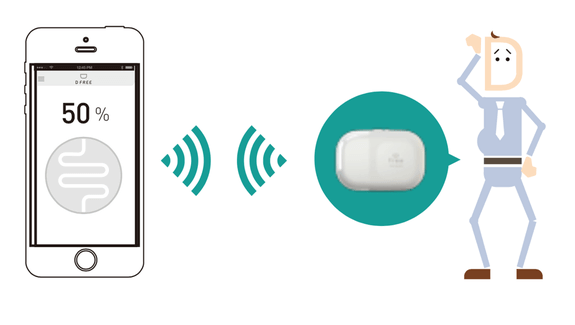 Triple W, a San Diego based startup has come up with a wearable device in the US for monitoring urinary incontinence by predicting the toilet timings.

A San Diego Californian company Triple W launched a device in the US for people with the urinary incontinence problem. This device, called DFree is wearable and reminds the people suffering from the urinary incontinence problem about their toilet timings. The product was showcased at the Medtrade, an international trade show, on the 16th and 17th October this year. The company is also planning to showcase the product this month in Las Vegas, at the conference of the home healthcare industry.

This issue has been addressed by a few other startups as well. A Femtech hardware startup company named Elvie previously partnered with NHS to address the incontinence problem in women.

The president and the CEO of Triple W, Atsushi Nakanishi told the media that DFree was designed to help individuals with the problem of incontinence, improve their quality of life and also help them become independent. He said that the device would reduce the burden of the nurses and the caregivers as the device would give reminders to them. He continued saying that finding a bathroom on time would no longer be an issue for such people and they could spend the day either at a concert or enjoy lunch with grandkids or help a senior parent or someone beloved who loved travelling from one place to another.

The company said that the device was in use in senior healthcare facilities in Europe and Japan since 2017. This new product is capable of offering other alternatives for diapers to adults. This device is lightweight and weighs around 2.54 ounces. This portable device can be clipped to the user’s clothing or belt. It has a non-invasive ultrasound sensor. This sensor is secured to the lower abdomen area with medical tape.

This ultrasound sensor predicts the urination timing by tracking the progression of the bladder movements and using a patented algorithm to understand the pattern.

The device comes with its own app which sends regular notifications to the caregiver’s or the patient’s tablet or phone before the timing and after the actual timing of the toilet. DFree lets the user set certain thresholds like when they want to be notified, like when their bladder is 50%, 70% or 90% full so that the user is aware of the bathroom timing.

The company Triple W has previously won many awards for their innovative ideas. Their most recent award was the Pitch Innovation Prize by AgeingFit, an organization that supports innovation. The company is currently working towards collaboration and partnership with other US distributors, retailers and healthcare companies.