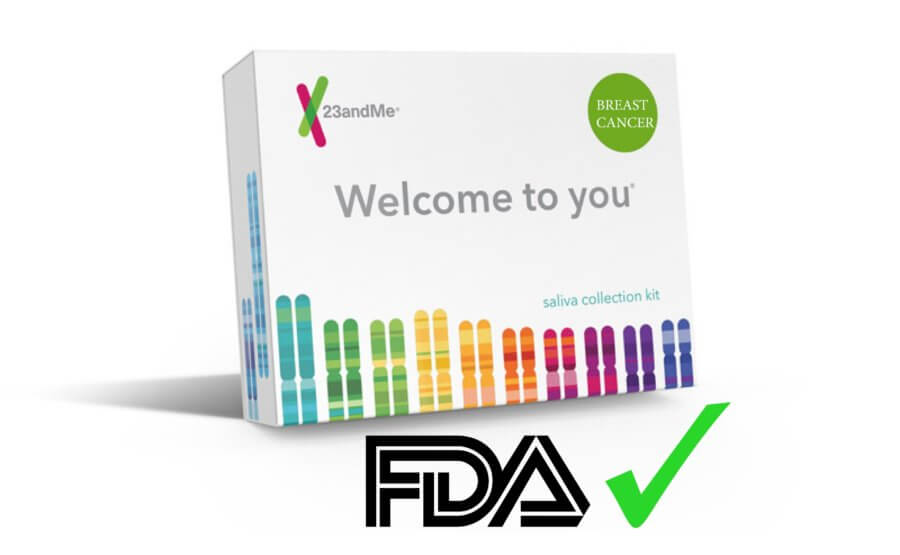 Breast cancer begins with cells present in milk-producing ducts called as invasive ductal carcinoma. These cells usually spread (metastasize) through the breast to the lymph nodes, further spreading across the other parts of the body. Breast cancer is considered as the most common invasive cancer in American women.

It is estimated that the average risk of a woman in America, undergoing breast cancer is about 12%. This conveys that 1 in 8 women have chances of developing breast cancer.

Considering these eye-opening facts, the US government has approved the first direct to consumer breast cancer gene test.

However, FDA-Food and Drug Administration said that it would require warnings about the limitations of the genetic information from California-based 23andMe.

This gene test analyses DNA with the help of saliva and can only detect three out of more than 1,000 known inherited BRCA gene mutations. Moreover, the test cannot determine a person’s risk of developing cancer. The researchers are working on the efficiency of the breast cancer gene test, where they can detect 100% risk of breast cancer and tumours.

Healthcare professionals are collaborating with the researchers to provide their medical insights on the problem. FDA is not sure about the efficiency of test and advised people to seek medical aid from doctors for significant medical decisions.

Researchers confirmed that genetic mutations are not responsible for cancers. The genetic test tracked cancer and the disease was not caused by BRCA mutations.

The FDA is not keen on offering genetic health information and this is the reason that they blocked 23andMe in 2013. However, the company later got clearance so as to reintroduce some of their testing services. US regulatory body is more concerned about the health of their people and taking actions to improvise their healthcare scenario. The people in the US are busy with their digital lifestyle and do not give much attention to their living habits. This has caused various health issues in the country.

The government of America and various other privately held healthcare companies are coming with different eHealth solutions. The core aim of such services is to boost the health of people by providing user-friendly mHealth applications. Women staying in remote areas can access these applications and gain doctor’s insight into their breast cancer issues. Healthcare professionals in the US have joined the HIMSS, 2018 conference to increase their know-how in the eHealth market.