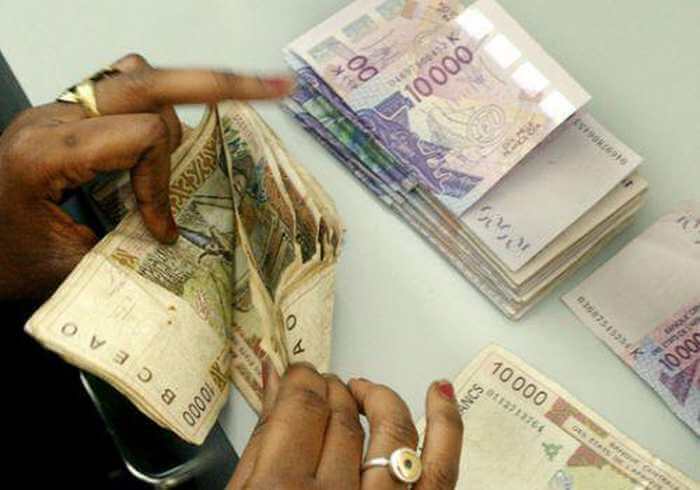 Bank loan-grant for your healthcare startup in Southern Africa

Among the different types of funding approaches such as grants, angel investment, equity and loans, Southern Africa local banks usually offer loan programs at different interest rates that startup founders and SMEs can apply for, and sometimes the equity or grant approach can be followed depending on the bank and the funding program.

Most of the local banks offering financing programs to eHealth startups in the southern African region are usually funded by major banks such as The World Bank, The African Development Bank and many more.

The World Bank through its various programs like the South Africa’s FirstRand bank $200 million loan aimed at expanding and strengthening support for SME lending in Africa and the XL Africa program launched in 2017 to help 20 top startups like Tanzanians’ Jamii, attracted early stage capital between $250,000 and $1.5 million, and the likes of IMoSYS in Malawi. The bank through the IFC-World Bank health in Africa initiative intends to mobilize up to $1 billion to invest in health care in Africa.

The European Investment Bank (EIB) also supports African banks and SMEs through programs such as the Zambia’s 56 million Euros to support small and medium enterprises in the country, the boost Africa program for African young entrepreneurs and the EUR230 million of private sector investment across Africa to be leveraged by African entrepreneurs.

There are dozens of programs being run by other banks like Standard Bank, EcoBankand NMB bank, which are helping the startups in the Southern African region.

Pros of getting your healthcare startup funded by a bank

A bank loans money to a business based on the value of the business and its perceived ability to service the loan by making payments on time and in full. Some advantages of bank finance for starting your digital health startup include:

1. Retained profits: While digital health startups that issue equity to raise capital often give a percentage of their profits to shareholders, banks require borrowers to pay only the principal and interest amount on a loan. As such, you will retain all your business profits.

2. Tax benefits: Small businesses taking loans from banks enjoy some relief from tax since the percentage of profits used to repay the loan is exempted from tax. In addition, especially with fixed-rate loans, in which the interest rate does not change during the course of a loan, loan servicing payments remain the same throughout the life of the loan.

3. Lower rates of interest: Though tough to get, banks provide loans at lower rates of interest than other lending agencies and instruments like credit lines. In addition, especially when the loan program is funded by major banks like the EIB or World Bank and is SME or entrepreneur specific, the fund is usually long-term and at a lower interest rate as compared to a traditional bank loan.

4. Multiple loan options: Banks advertise various types of schemes to attract entrepreneurs setting up or running a business. Options like term loans, standard business loans and others are available for the entrepreneur.

5. Convenient and accessible: Banks are always accessible since they are used regularly for depositing savings or withdrawing them, while sometimes grant proposals can take a long time to put together, there can be quite a lot of competition, and the money has to be used for a specific purpose.

Cons of getting your healthcare startup funded by a bank

1. Difficulties in obtaining funds: Bank loans are very difficult to obtain for startups unless the business has a substantial track record or valuable collateral such as real estate. Banks are careful to lend only to businesses that can clearly repay their loans, and they also make sure that they are able to cover losses in the event of evasion. Startup founders can be required to provide personal guarantees, which means the borrower’s personal assets can be seized in the event the business fails and is unable to repay all or part of a loan.

2. Strict requirements: Because many bank loans require some form of collateral, digital health startups without any assets can find it difficult to get their loan applications approved. If these borrowers choose to go for unsecured loans, they are hit with higher interest rates.

3. Repayment burden: Loan borrowers must make periodic payments to their banks. Those who fall behind on payments face the prospect of having their assets seized. The repayment burden is a disadvantage compared to raising money through shareholders because shareholders don’t require regular repayments. Instead, they are typically paid dividends only on profits.

4. Irregular payment amounts: If you get a bank loan with a variable interest rate, the rate changes with market conditions. This makes it difficult to determine the exact amount of future payments. Consequently, it becomes challenging to make sound financial plans.

5. Unrealistic definition of SMEs: A common scenario in the Southern Africa countries hindering early-stage startup founders from accessing SME specific bank funds is the definition of small and medium-sized enterprises in Southern Africa. The European Union defines SMEs as those which employ fewer than 250 persons and which have an annual turnover not exceeding 50 million euro, and/or an annual balance sheet total not exceeding 43 million euro.

This prevents Southern Africa early-stage founders from acquiring SME loans from the banks since they usually fall way under these set definitions which most African countries follow obliviously. This has led to countries such as South Africa and Malawi to review their SME policies but it still needs careful review.

6. Lengthy paperwork: Banks need to verify all the credentials and details of the business before providing a loan. Therefore its application process is very long and its review takes a long time. The prospect of getting into the detailing that banks require is really cumbersome.

Bank financing provides the needed funding to grow your startup, and usually at no risk of providing equity. Though it can be easy for a well-established digital health startup to get financed by a bank, it is very hard for early-stage startups to secure financing from the banks due to strict requirements that usually seek collateral in form of assets that early stage startups usually don’t have as well as the lengthy paperwork about business details which disqualifies most early-stage startups.

A bank loan fund with a variable interest rate could result in irregular payment amounts, posing a repayment burden to early-stage startups and risk their assets seized.

Unless if being funded directly by a major bank such as the World Bank which usually offers grants, digital health startups should consider other available options of financing to get their business to a stage where it is really profitable before seeking bank financing.