Home Technology Forward : a vision of the doctor’s office of the future | AI in digital health

Forward : a vision of the doctor’s office of the future | AI in digital health 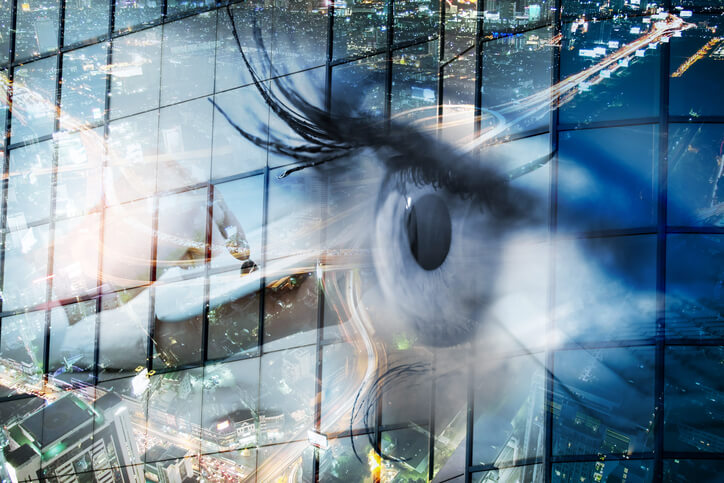 What will the ultra modern physician’s office look like? Forward, a futuristic medical start-up in San Francisco, USA demonstrates what it could be like using Artificial Intelligence and related applications in your office.

Forward, ex-Googler and Wavii’s founder Adrian Aoun’s gave the idea of hi-tech doctor office and launched its first location in the center of San Francisco’s financial capital 2017. Forward goes far and beyond with an advanced 3,500 square feet room, equipped with six exam rooms, the latest medical devices like body scanner and in-house lab for testing in no time.

Forward offers an exclusive AI to assist its doctors quickly source through medical data and compare it to patient health information. Forward’s lab rooms highlight tools designed to get you all through the office rapidly (for example, a digital stethoscope, infrared vein detector). A giant screen is installed in each room, which displays the information collected by the body scanner and visualizes data assisted by the company’s expensive AI software.

The software can make good recommendations based on medical and your genetic history. The AI’s intuition isn’t there to swap the doctor’s proficiency. Eventually, a tool for them to refer, confirming nothing is unnoticed. There’s an even speech-to-text software application that records the discussion during the health checkup, which files information right away in medical records. Special wearables and health sensors can be purchased on site, which aids the doctors to monitor their well-being even outside the office as well.

Distinguishing itself from most doctor’s offices, Forward also takes a separate style to payments. Without an insurance and a co-pay options, Forward offers unlimited access to its baseline screening, medical staff, blood, sugar, and genetic testing, nutrition and wellness analysis, constant monitoring from wearable devices failed at the center, access to its AI and 24/7 access to medical professionals over the app — just for 149 USD per month.

The team expects this will make a difference in the health care management and preventive care will put the major focus instead of sickness. For people without health insurance, it may be a more of an inexpensive medical plan option. Health care debt has the significant contribution to overall debt in the USA due to the rising cost of the health care system. Living without insurance means living without access to proper health care, and that can lead to a critical situation to many. It can be a boon to many individuals including elderly without an insurance plan.

The startup Sherpa focuses on filling the insurance coverage gaps that many successful insurance plans leave blank. It offers membership plans directly to individuals as well as employer-based plans for several years. Members pay $40 per month to get instant access to their group of doctors thru app, text or email. A team of five to the six medical doctor can prescribe drugs, request lab tests, and refer patients to other health care experts.

One Medical is has fashioned itself as a physician concierge of sorts, where patients pay $200 annually for access to a network of top-rated doctors in their city and a suite of incredibly useful perks. Members can quickly make same-day appointments, stop by several different branded office locations in their town, have an on-demand “video visit” with a member of their virtual medical team 24/7, and email any provider with follow-up questions.

ZocDoc assists in coordinating a doctor appointment by considering your schedule and requests. Zocdoc brought a paradigm shift in traditional doctor’s appointment process, by allowing you to check for ratings and reviews for of medical professionals rather than just recommendations. It helps you to book appointments with them easily and quickly online.

Beyond any doubt, the current healthcare framework is not as advanced as the technology today. Firstly, the FDA and other worldwide administrative bodies do still approve devices and medicines based on clinical trials on unselective populations of patients against genomics-based ones. Secondly, when science brings to the world revolutionary technologies that can treat the incurable, the medical communities are lethargic with the oldest forms of mechanisms and can’t even put a value on them. Healthcare at home, virtual treatment, healthcare delivery systems with AI and customized medicine is not a Star Trek fiction – it is simply an implementation of best real science.

The road ahead for Forward

Forward has raised capital from many well-known sources, and the endeavor is surely an expensive one. Their Investors include John Doerr, Khosla Ventures, First Round Capital, Founders Fund, along with angel investors Marc Benioff, Eric Schmidt, Garrett Camp, Aaron Levie, SV Angel and Joe Lonsdale.

Forward raised the optimal amount to develop the infrastructure, build proprietary tools and bring in top medical experts. Their plan is to expand to San Francisco and beyond. The first ultra modern doctor’s office is just the beginning of a new era of healthcare systems.