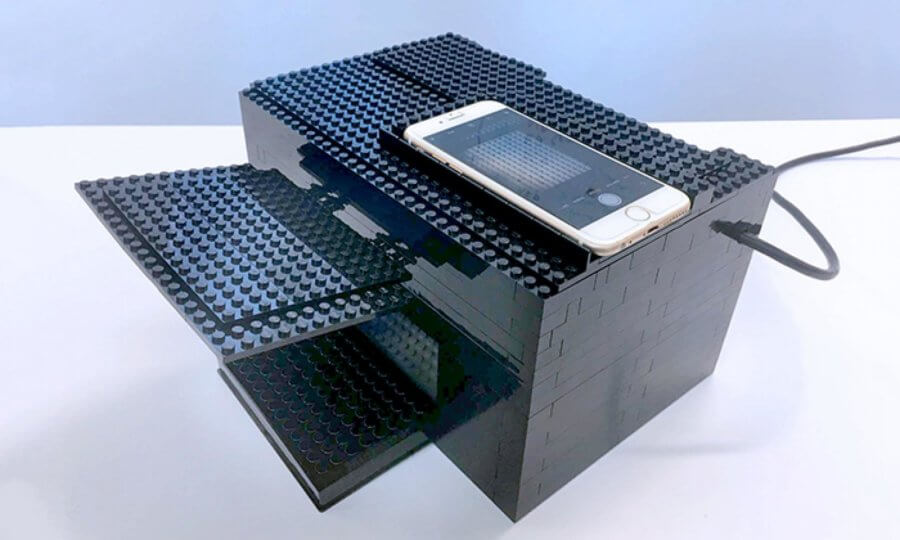 ACS Central Science combines a chemical sensor with photography to perceive toxic chemicals which might endanger the healthcare of people at large scale.

To sense menacing chemicals, researches at The University of Texas at Austin have designed a device which is a compact accoutre with a box of Lego bricks and an iPhone. The device can help scientists to detect not easily detectable toxic chemical fastest. Chemicals such as sarin and VX can be easily detected by first responders with the help of this device. A paper published on 18th July, Wednesday described the discovery. Also, mentioned about the use of chemical sensors along with photography which is there in the device.

The device can do the detecting work for several chemicals such as tasteless, odourless chemical weapons that are responsible for causing death and illness.

These toxic chemicals take minutes to do their misfortune. Expert in nerve agents, Eric Anslyn who has been studying about nerve agents for 20 years. He is also a chemistry professor at The University of Texas at Austin can also mimic nerve agents by testing.

Eric Anslyn has also earlier discovered chemicals to neutralize the nerve agents. Also, to analyze them with naked eyes he created glow brightly. Chemical weapons could be threatening ultimatum to humans, said Anslyn. Also, he believes that the key to saving lives from these chemicals is their detection and neutralization.

To make the device more accessible to the real world they have used a more affordable material in it, unlike the earlier discoveries of Anslyn. The key to the detection is a generation of fluorescence by the device. Different colours of different brightness are generated by the chemical sensor for different nerve agents. The device acts swiftly and this variation of colour is its main feature to detect nerve agents, discovered at Anslyn’s lab.

However, it is not easy in field work to recognize different levels of fluorescence with naked eyes. In labs, this is done by an instrument to detect the level of fluorescence, which is not portable in the field work and is expensive with a cost of $30000. The smartphone used is featured with a high-quality sensitive camera that can capture colour and brightness smartly. The software used in the device is designed by a graduate student Alexander Boulgakov.

Also, the software is available for free on GitHub. The software can be installed on the various smart device which can be used to detect brightness and identify colours.

To fit in the camera and provide it space to capture, researchers choose a lego brick box. One advantage of it is that they remain the same irrespective of the environment.