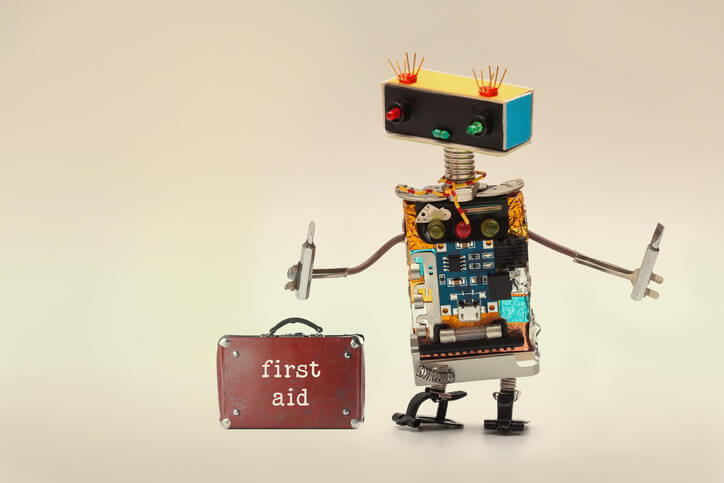 In the last two decades, it has been found that there is a lot of development in the medical field. Humans started thinking and let the robots to make a step forward in the realm of medicine. Now robots are showing their capabilities in the operation theaters. First, they had entered into this field to assist and due to their unique characteristics; they are now ruling the medical field. Surgical robots were introduced first, and later many of them are said to be introduced based on our requirement. In the recent days, many cutting edge technologies are invented, and many flagship products are supposed to be submitted by the manufacturers. No doubt, robots in medicine could revolutionize the future. What would life be like if?

Robots handle the promise of addressing some major health care issues where it ‘s hard to introduce a human hand. Here are some of them:

Talking about the robots in medicine, we have to specify the surgical robots strictly because they are the first ones to step into the field of medical robotics. The task of surgery involves cutting, removing tumors inside the body and then stitching, which is somewhat difficult for a human. There are also risks if the surgery is not done perfectly and patiently. So, robots which perform the work precisely are involved in this field. Some of them are:

These surgical robots are very much skilled and can perform the operation more precisely.