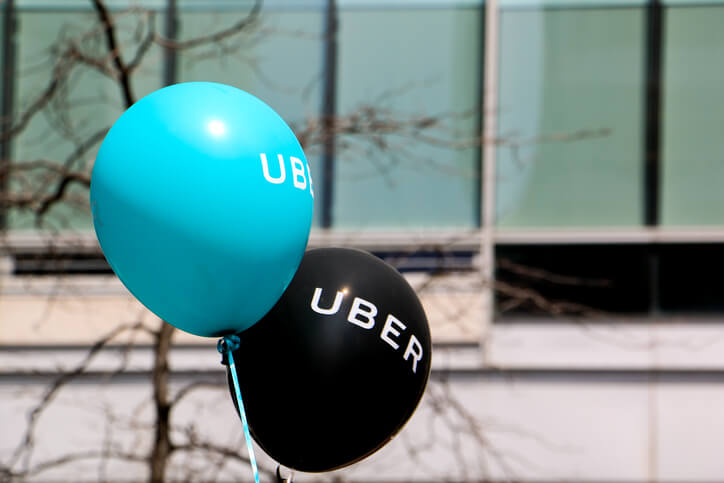 If we find anyone in an emergency, we don’t wait even for a second and immediately call 911 from our phone and take an ambulance to a hospital. What if there is a non-emergency? You may think that there is no need to hurry for a non-emergency. To some extent, you are good. But due to the inconvenience of public transport, many people are missing their medical appointments. This may be accepted for mild diseases such as fever but cannot be taken for chronic conditions like diabetes and asthma, which require frequent appointments. So, US-based transportation giant Uber has started ride-sharing services in the name of UberHealth for these people and let them attend to their appointments regularly.

Usually, the people can go through private transportation, but not all sectors of the economy had met with that. There another way, that is, public transportation such as buses. They are cheap, but their timings are not fulfilled with the people’s convenience. In a 2013 report of 25 studies, Gerber and co-workers found that 10 to 51% of patients informed that lack of transportation is an obstacle to health care access. One of those studies revealed that 82% of those who kept their dates had access to cars, while 58% of those who did not hold meetings had that access. Another study reported bus users were twice as likely to skip on dates compared to car users. Sometimes, sudden changes in climate may become an enemy of the people. So, Uber entered into this platform. The process is straightforward. Just go to the Uber website and make a primary care appointment. The details are specified there. Provide your information and wait for the cab on that day. The average waiting time is 9 minutes. You can also go through the Uber app. The Uber cab will take you to the hospital, waits until your check up is complete and again drop you at your home. You can pay money at that time, or it can be covered by insurance company.

You can also go through the online tool, Circulation. When a user logs in, this tool will confirm a patient’s insurance and ride eligibility. The tool then asks various questions to determine the best transportation option for example; it might ask if the patient requires wheelchair support, needs help getting into or out of a vehicle, is listening or visually impaired or drives with a caregiver. Then a patient, caregiver or hospital transportation advisor can request a ride.

The tool also allows users to register rides in advance. And it has transportation reminders for patients and notifications so nurses, physicians, and caregivers can be informed when a patient arrives for an appointment. The platform currently only offers Uber rides. The cost of the trip will be covered by Medicaid or health insurance, and in some cases by the hospital. Trips through Circulation will be calculated by the same per-mile, per-minute rate that is charged for all Uber trips.

Why does Uber want to enter health care market?

Starting a business is very easy. It just needs capital. But running it successfully is an arduous task, which requires more knowledge and follows up of current trends accordingly. Uber did the same thing. It has found the difficulties in the present market and started to take a step into it. Moreover, it also got a lot of response from many hospitals, pharmaceuticals, and medical insurance companies. Hospitals and managed care groups do allow a variety of options to support with transportation for non-emergency medical arrangements. Health centers often work with volunteer drivers to pick up and drop off patients. Patients can call them ahead of time to provide a ride, but these services require preparation, which becomes an obstacle when the patient needs to go in for an unscheduled meeting or if the patient ignores to book ahead. Some patients also end up requesting 911 for non-emergency situations, potentially diverting resources that could be used for others with more pressing needs. So, there’s a tremendous opportunity to bring modern transportation to health care, and specifically to do that in the sector of non-acute or nonemergency health care transportation.

What specific initiatives is it undertaking?

They started doing an annual flu campaign, where they would put nurses in Uber vehicles for a day and let people request the flu vaccine on demand. This was widely successful and completed three years of the campaign.

They have also done a lot of work with payer organizations, both in Boston and nationally, and helping them think through how do you deal with your largest issues, both from a cost perspective and from patient access and patient quality.

They are also getting bombarded with new devices and gadgets and telemedicine and some amazing technologies daily.

Uber is good at rides and travel logistics and also recruiting drivers and figuring out the actual categories to match demand in an area. So, many hospitals are partnering with Uber to let their patients not to miss the checkups. Not only hospitals, many other medical providers, and health insurance companies are also integrating with Uber.

UberHealth is increasing its market day-to-day and also the partnerships. Many medical related organizations are looking towards it and connecting their health systems with Uber platform due to their access to various services, whether that’s their categories of rides, as well as some of their other classes which start to get into moving food or moving medical products. Connections between ride-hailing companies and hospitals are emerging around the country. While the efforts are still small, some hospitals and medical transportation providers think the potential for growth is large.

Edith Stowe, 83, remained patiently on a recent afternoon at the bus stop outside MedStar Washington Hospital Centre in the District of Columbia. It’s become habitual for her, but that doesn’t get it any easier.

Stowe, who resides about 5 miles from the hospital, comes into the medical center twice every three months to get check-ups for chronic kidney failure. She doesn’t hold a car and relies on buses. During rush hour, buses are more frequent, and she can keep the travel to about 30 minutes. But when she has to come in the middle of the day, it takes her at least an hour to get in and another hour to get home.

“That’s pretty good except for waiting during non-rush hours,” she said. “When that happens I don’t plan anything else for the day.”

MedStar in Washington, bought with the problem in one of its hospitals in rural Maryland, where there was a shortage of Uber drivers when a patient there had to drive to the flagship hospital in D.C. for an outpatient operation at 6 a.m.

Vans, buses and local public transportation for people in wheelchairs come and frequently go in MedStar Washington Hospital Centre’s bus center. Stowe is happy with the transport options available. Though she hasn’t used Uber before, she said it is something she wouldn’t remember trying especially when it gets cold outdoor.

“There are times when you come out, and you don’t feel that well. If Uber is here, it’d be nice to have it,” said Stowe.

There are also particular problems with these services from the Uber drivers because carrying a patient is not similar to that of taking an average human. Patients may differ with different health care issues. The driver must be cautious to provide comfort for the patient because health care changes everybody. It affects seniors; it affects children, it affects healthy people, as well as these leading acuities. And their level of refinement and level of comfort with technology varies widely. So we do a lot to make sure they’re qualified for these rides, they have the proper type of vehicle, but also that we can approve someone who may be a senior lying in their apartment with just a landline to take benefit of these advantages as well. So, they are planning to provide wheelchair friendly rides for all cities. Presently, they are trying to be independent of the availability of the drivers, which may be scarce in rural areas and low-income communities. Uber currently moves people with collapsible wheelchairs and plans to offer more convenient options to riders.

Some of the famous people who are involved in UberHealth are…

Many other people are also involved with Uber, and much more are willing to join this group.

An analysis by modern healthcare showed that profits to great hospitals and clinics declined in 2014 despite an improving economy. The reason is absences of people for their regular appointments, which lose revenue from missed appointments. Patients can call them forward of time to arrange a ride, but these services require planning, which becomes a problem when the patient wants to go in for an unscheduled meeting or if the patient ignores to book ahead.

Some patients also end up calling 911 from their phone for non-emergency situations, potentially distracting resources that could be utilized for others with more pressing needs. So, healthcare institutions are searching new ways to care for patients. Uber is one of it. The grand success of Uber’s Flu Campaign had shown its capability.

Expert’s opinion is that on-demand transportation transforms some health experiences and Uber’s low cost and ease-of-use services had made patient’s experience to increase up to 20%.

According to Caremore, research suggests an estimated 3.6 million Americans miss or delay nonemergency health care appointments as a result of transportation issues each year, a complication that ultimately could have severe consequences for patients. The federal govt spends an estimated $2.7 billion per year on nonemergency medical transportation, and a figure expected to grow under Medicaid expansion. But those costs could be reined in with rideshare programs like Uber by using transportation as a service and thus increasing the convenience of the patient. Moreover, Uber’s ride-hailing programs could help reduce costs of patient transport, and this patient satisfaction could significantly lessen the likelihood of missed appointments. Who knows, this flood of interest from both public and healthcare institutions makes Uber build a bridge between patients and hospitals.