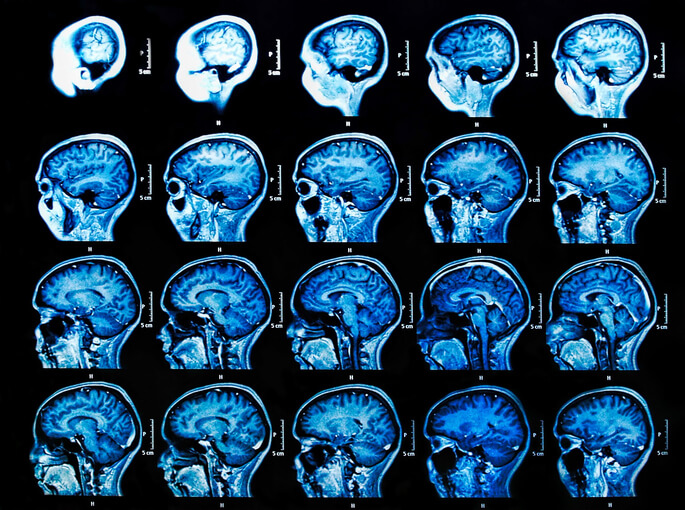 Nowadays, wearables are playing a vital role in improving patient knowledge about how to better take care of their health. But now, it is going to enter into the field of medical imaging, Medical Resonance Imaging (MRI) specifically, which uses extensive and expensive equipment for taking high-resolution images of irregularities that exist in tissue or organs in patient’s body. Shocking right!

Who is the founder?

The idea came from the mind of Mary Lou Jepsen, who has done well for herself in the technical industry. Just recently she was an engineering executive at Facebook working on its Oculus virtual reality (VR) gear. Before joining Facebook (Oculus), she was head of the at Google’s display division, Google X advanced research lab. She was also the CEO and founder of Pixel Qi, a fabless display developer. Also, she was a co-founder of the One Laptop per Child initiative, which sought to place laptops worth $100 around the world. I, Jepsen left Facebook and Oculus to focus on a startup firm that plans to shrink MRI technology into a wearable device, Open Waters.

Jepsen has spearheaded some technology initiatives, most centered on advanced visualization and display technologies. When Jepsen was at the Anita Borg Institute’s Women of Vision Awards, she said to its participants that she was stepping down as executive director of engineering at Facebook and as head of display technologies at Oculus. Jepsen said she was leaving Oculus and Facebook to focus on a start-up firm that plans to shrink MRI technology, Open Waters. She also stated that “I haven’t been able to talk about what I’ve been doing for 5 and half years. While I was at Facebook & Google, and I don’t think secrecy is useful.” She left Facebook in August, and filed patents for her Openwater technology in September, which she expects to be issued any day now.

What’s the product and technology behind this medical imaging device?

It is a new type of medical imaging with good resolution as that produced by expensive and massive MRI machines, but which can be done with components that fit inside a ski hat. This imaging is used to detect tumors, blood clots, clogged arteries, internal bleeding and a host of neurological disorders. Jepsen said that with the right kind of processing, brain imaging could also reveal what a person is thinking. Jepsen’s technology uses near-infrared light. You may know, IR passes through the body if you’ve been to a hospital and a pulse oximeter clipped on your finger. The clothes pin-like gadget measures the oxygen in your blood based on how much-infrared light is absorbed as it passes through the blood. But the resolution and depth of such a system are severely limited by the strong scattering of NIR light by the bone & flesh. Jepsen’s policy measures that are scattering holographically invert it, and then shines this upturned holographic image back into the body. This inverted image enables the precise focusing of NIR light deep into the body then uses the scattering itself as a lens. This system lines a hat with flexible LCDs illuminated by NIR light, as well as the detectors.

Who is the startup company?

Openwater is the new start-up venture from Jepsen is creating a wearable for MRI scanning. She was at SXSW to give a talk about Openwater. While the company is conducting R&D to decide on its first products, she speaks out now about what she’s building, and she also thinks how her technology could radically change society. Also, she wants to give people fair warning and time to think about what’s coming. “I know it seems outlandish to be talking about telepathy, but it’s excellent physics and mathematical principles it’s in reach within the next three years,” she says. In the TED talk, Jepsen discussed how her interest in visualization and neuroimaging research sparks by her personal experience undergoing brain surgery. She also described how recent studies in functional MRI have demonstrated that there is no difference in brain functioning between images viewed in real-time and the same images recalled by memory.

What are the applications?

This device could have some applications, Jepsen told attendees, including treating diseases and mental disorders. She said she hoped the wearable MRI technology would become available “to every doctor in the world.” She told it could even be used for people to communicate with each other by only using their thoughts, a concept she explained in a 2013 TED talk. Jepsen believes that improvements in MRI resolution could be best accomplished by the application of new advancements in nanotechnology to magnetic structures which can be used to create a new class of magnets, along with new advances in the encoding and decoding of radio-frequency (RF) signals.

How does it help patients?

Transforming healthcare & telepathy are the two items on Jepsen’s to-do list. Jepsen plans to achieve both goals with a standard wearable device that her engineers are now tinkering with in the lab. Jepsen imagines her wearable being useful for people who have been discharged from the hospital and go home to recover. At-home care has its proven benefits, but it also has gaps. “You can do blood work at home, you can send a doctor and nurse to the home, but you can’t perform the medical imaging at home because today’s medical imaging devices are massive,” she says. By inserting her system into something like a ski hat, it would allow for continuous monitoring of people with chronic neurological disorders like depression. She imagines doctors being able to monitor patients to see if they’re responding to the drug or watching them for symptoms of a suicidal crisis.

What’s the market size and potential user base?

Jepsen’s thought of introducing this new startup venture is that this MRI technology distributes at low cost to doctors around the world. “We’re going to be able to place our ideas directly into digital media,” Jepsen said in the TED talk. And also there’s the side benefit of reinvigorating the tired consumer electronics industry, which Jepsen thinks is due for the next big thing. The light detectors and LCDs would be cheap to mass produce in Asia’s consumer electronic factories. She thinks it is essential to leverage that manufacturing expertise. “The main reason that health care has gotten so much expensive is that the technology has become so much more costly,” she says. This Cheap imaging would be particularly beneficial for brain diseases, which are the top expenditure in health care. Medical wearables were valued more than $13.2 billion in 2016 and also In their 2017 report, market research firm Kalorama information published “THE GLOBAL MARKET FOR MEDICAL DEVICES” that wearables-related to health care is one of the top 10 health care trends this year. MRI scans are very essential for a hospital. But today, they are only limited to super specialty hospitals. Then what about the remaining i.e. small and medium sized ones. Openwater may be the solution for them. So, this wearable may rule the health care industry in the coming days.