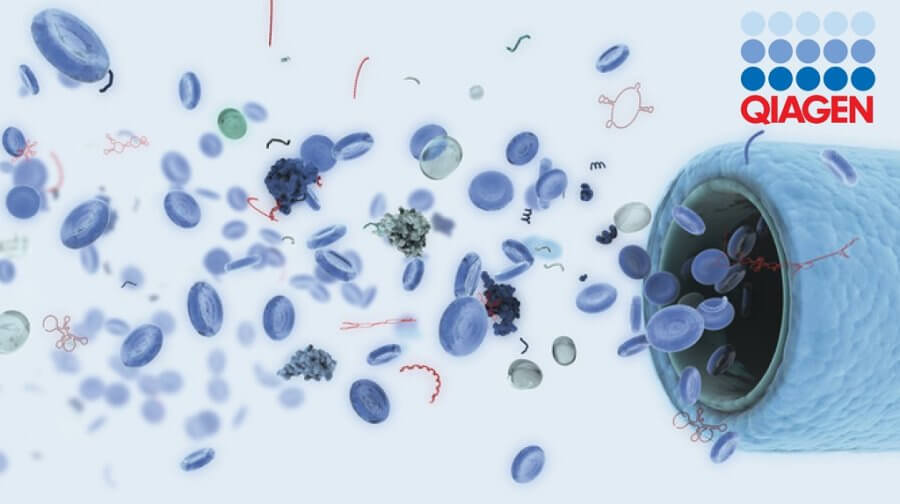 German-based Qiagen has released a set of two biopsy panels which will help us in understanding the patterns of circulating tumour cells.

A liquid biopsy test is a medical test performed on a patient in order to find traces of cancer evidence in their bloodstream. Dying cancer cells often release small traces of tumour DNA into the blood of the infected person. These DNA traces can then be picked up by high-end sensing devices.

This DNA is able to give us the most accurate and invaluable information about the presence of any sort of cancer specific gene.

German-based Company, QIAGEN N.V., announced that it has launched two unique liquid biopsy panels which will be used to further examine circulating tumour cells. Those two product names are AdnaTest ProstateCancerPanel AR-V7 Kit and AdnaTest LungCancer Kit. Both the products were released at the yearly meeting of the AACR 2018, also known as American Association for Cancer Research 2018, Chicago.

The brand-new set of tests are expected to be an extension of the unique AdnaTest combination Combinations Principle technology.

This new said technology will help in circulating CTCs from peripheral blood. With the help of this, we can perform the necessary analysis of the gene expression which is associated with cancer.

The science of tumour biology is further advanced, all thanks to AdnaTest ProstateCancerPanel AR-V7 which detects the androgen receptor splice which is the seventh variant and is of prostate tumour origin. It is then separated from the blood as further drug resistance tests are carried out on the sample.

More than 40 research scholars and scientists presented their research abstracts at AACR, 2018. The major area of discussion was more about what effects do Qiagen’s certain samples have on Insight solutions.

Senior VP of Qiagen’s Life Sciences department, Mr. Thomas Schweins, said that the team was enthralled towards finally being able to work hand in hand with the cancer research community which had gathered at AACR 2018. He also said that their two testing modules aids in molecular characterization which is present in some of the common forms of cancer tumours.

He added that major focus was being paid to the biology of a tumour, the progression of cancer along with the relevant biomarkers. He further added that the research abstracts presented at the gathering represent interesting solutions to their areas of research.

He concluded by saying that Qiagen will strive towards improving the world of cancer care.

This kit was manufactured based on the company’s combination of combinations principle technology. It is nothing but a cell selection system for immunomagnetic cells which are very specific in nature. This is then used to enrich CTCs from peripheral blood which allows us to conduct a certain analysis of cancer-related expression of genes.

The test kits open possibilities for us to study more about tumour biology by simply identifying an androgen type receptor splice which is of the 7th variation in a list of CTCs which are of tumour origin. These have been separated from peripheral blood and were put through a series of drug resistance tests to higher forms of prostate cancer

Qiagen holds a nucleic detection license from Johns Hopkins University and is now releasing the test for research purposes only.

The revolutionary new AdnaTest Lung Cancer Kit helps us understand various processes involved in lung cancer. This can be achieved by isolation of certain CTCs which include stem cells along with EMT.

This test kit will aid in the research towards lung cancer, which has plagued the entire world for a long time. The ailment has claimed millions of lives over the years and is the most common form of cancer in existence.