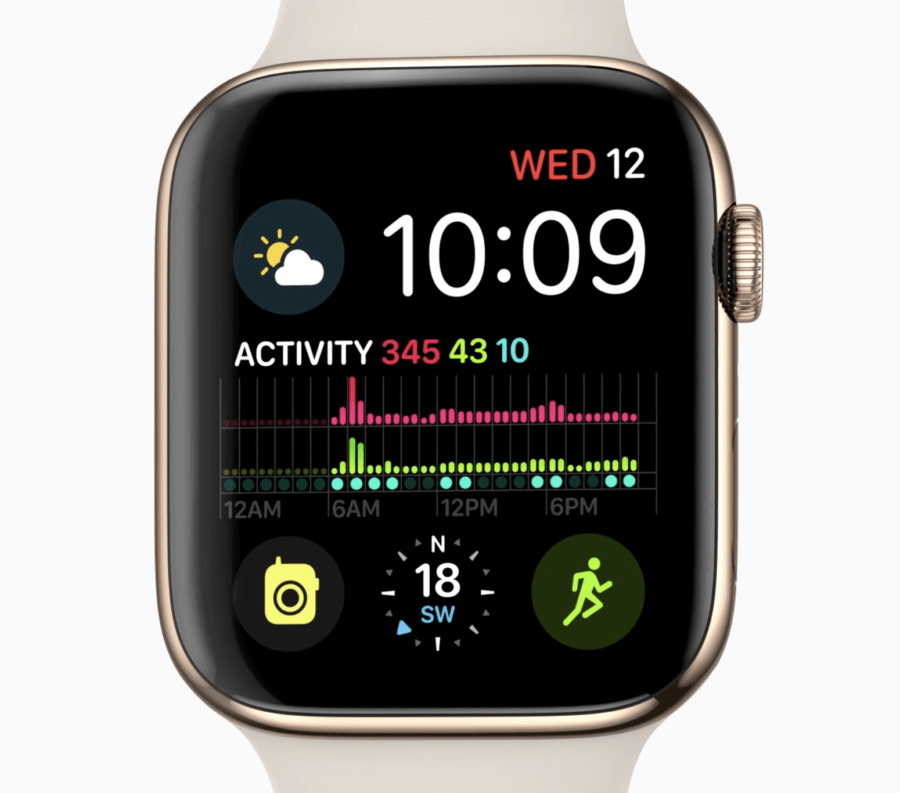 With the help of Photoplethysmography, Apple Watch to have a revolutionary ECG scanner.

On its annual keynote address, Apple announced three new iPhone, along with the new Apple watch series 4. The watch has received a huge upgrade. It is supposed to be released by September 21, but pre-orders start from September 14. It is so much more than a watch, to be honest, and comes with a load of features. Apart from improvements in the regular fitness, like the heart rate monitor.

The features of the watch were discussed by the president of the American Heart Association. Dr. Ivor Benjamin is also a cardiologist. The Apple series 4 watch does this in real time, during your workouts and constantly monitors your heart rate to check your heart for any inconsistencies.

According to Dr. Ivor, the Apple Watch’s abilities include taking electrocardiogram (ECG) readings and a new fall detection system which in a few situations would be able to prevent tragedy.

To start up this application, all one must do is put a finger on the digital crown of the watch and within, thirty seconds, they will get the readings. What’s more, the watch will additionally remind users if their heart rhythm is too slow and/or too fast. The recordings can be stored in a pdf format and shared with a doctor. The need for this stem out of the fact that the patient sometimes reports symptoms that will not actually be present during the appointment with the doctor. There are several other devices which help monitor ECG readings but this comes in with various benefits.

The system works by employing the use of Photoplethysmography, which uses green LEDs and pairs them with photodiodes to detect blood flow through the wrist.

When the heart beats, blood flow is greater and so is the green light is absorbed. Between the beats, the blood flow and the green light being absorbed is less. The LEDs present in the back of the watch flash hundreds of times per second to get the most accurate information possible.

To be cleared by the FDA, a study was conducted in which Apple had to study a group of people, in which 50% had AFib (atrial fibrillation) and the other 50% had not.

The number of people participating in the study was 588. The watch was successful in detecting 98% of people with AFib and in the case of people who didn’t, it got 99%- enough to get clearance from the FDA.

According to the FDA, however, the app isn’t meant to be used by people of ages younger than 22 or by people who have some other heart conditions that can disturb the rhythm.

The app is initially only available in the USA, where it has been cleared. Based on a study done by the Center for Disease Control (CDC), between 2.7 and 6.1 million people in the USA have atrial fibrillation, which itself implies the usefulness of integrating such a feature on a smartwatch.