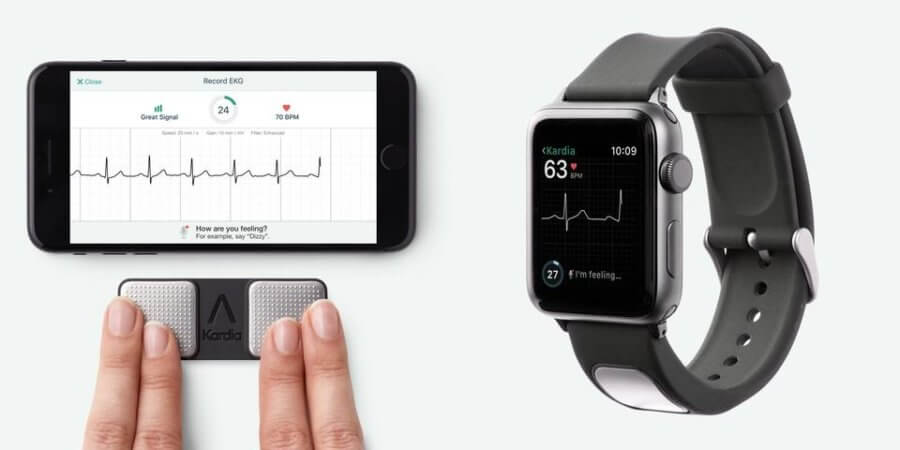 The EKG for Apple Watch to detect heart problems has been approved by the Food and Drug Administration (FDA) as a medical device in November 2017. This technology has been developed by AliveCor, an innovative company based in Mountain View, California. The software uses Artificial Intelligence to compare heart activity and physical activity continuously. In Europe, a version of the KardiaBand for Apple Watch has been available for some time already, but this FDA approval has opened new avenues for EKG reader in digital health market in the United States. This makes it the first Apple Watch accessory that can be used as a medical device in the United States.

Importantly, the FDA clearance is for the application developed by AliveCor, not the Apple Watch, which acts as the platform. This is not because Apple is not keen on the medical sector, but because it does not want to delay development by seeking FDA clearance for the Apple Watch itself.

Before this technology was available, electrocardiograms could only be made in offices and hospitals and were mostly made after the patient had already developed a dangerous condition such as a stroke. With this new technology, it will be possible to intervene before the situation becomes life-threatening. Studies show that with the EKG for Apple Watch, an abnormal heart rhythm can be detected by the Apple Watch with a 97% accuracy. Moreover, the system could also detect hypertension and sleep apnea using its built-in sensor.

What is Electrocardiogram (EKG) reader?

This heart rhythm reading technology consists of two elements. The KardiaBand is a band that can be connected to an Apple wristwatch and records blood flow through the wrist using a green led and detector. This is combined with SmartRhythm, a software that analyses the data from the band and physical activity sensors in the Apple Watch to detect possibly pathological patterns.

When a potential heart problem is detected, the device informs the user who can then capture a personal electrocardiogram (EKG) with the watch, and send it to a doctor.

It is also possible to obtain the EKG with a mobile phone, using KardiaMobile. However, to get a reading using KardiaMobile you need to hold your smartphone with both hands for 30 seconds, while you can get continuous readings from the Apple Watch by touching the band’s sensor, which is very discreet. Therefore, the Apple Watch application is much more user-friendly and can provide continuous monitoring.

The technology is uniquely suited to detect Paroxysmal Atrial Fibrillation. This is the most common type of abnormal heart rhythm and causes one in four strokes. About two-thirds of those types of strokes can be prevented with relatively inexpensive drugs. Therefore, with an early warning from the Apple Watch, such strokes can be prevented easily, thus saving lives and money. 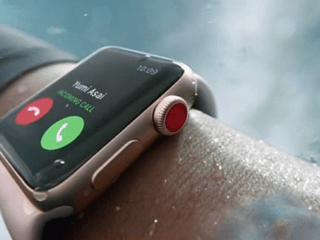 To train the system to detect abnormal heartbeats, engineers used readings of the Cardiogram app on Apple Watch of over 6000 people. While most of these individuals had normal EKG readings, 200 had paroxysmal atrial fibrillation. Using Artificial Intelligence, the system then learned to distinguish abnormal heart rhythms from healthy heart rhythms recorded with the device on Apple Watches. Moreover, the application is learning the regular patterns of the wearer, thus not comparing with a generic baseline, but with a personal benchmark. The application can now assess whether a new reading is from a healthy heart or if the heart may have developed paroxysmal atrial fibrillation. Probably, this is just the beginning of eHealth, using small electronic devices in health care. AliveCor and other organisations continue to study how Artificial Intelligence, Machine Learning and Deep Neural Networks can detect other health conditions.

What does it mean for the healthcare industry?

EKG reader is first ever Apple Watch accessory to win FDA clearance as a medical device. To get such approval, a company has to apply to FDA to request permission to market. The FDA decides to approve a device if it concludes that the request contains sufficient scientific evidence that the device is capable of its intended use and safe for the user. This FDA approval is critical because without out it, the Apple Watch is only allowed to signal that ‘your heart rate is high’, but now it is also allowed interpret the data and make a diagnosis. It will tell you whether you should see a doctor.

This approval may set a precedent for other devices that are on the market such as Qardio, an application that uses the Apple Watch to measure blood pressure. Such digital products can play an important role in preventive health care in future.

Digital healthcare can protect people from developing debilitating or life-threatening diseases. Since prevention can also be less costly than curing diseases, buying digital health devices for people that are most at risk will also be a good investment from an economic perspective.

Apple has big plans to expand in the health sector. It envisions the iPhone as a one-stop repository for all your health information. All your medical history and allergies would be accessible on your phone via a designated space on the cloud and can then easily be shared with doctors and hospitals. When you are away from home or go to a different hospital, it would become easy to share your medical records. Thus, Apple will continue to grow the capacity to track health with the Apple Watch and iPhone.

The EKG reader is mainly intended for those at risk of heart problems such as elderly and people who have had heart problems in the past. One of the potential drawbacks of this system may be that cardiologists will be flooded with EKG’s, often from healthy individuals, while on the other hand, such EKG cannot replace a full 12 lead ECG. The EKG device usually gives false positives that can bother people, mainly when performed at home. Healthy but worried people who use such devices will then flock to cardiologists to have more in-depth tests done. Therefore, such devices need to be handled with care, and for now, results should only be used as an indication that further tests may be required.

With the FDA approval of EKG with Artificial Intelligence for Apple Watch, preventive medicine has come to a big step closer. Heart-rhythm abnormalities that can be an early sign of strokes can be detected early and treated quickly before they become life-threatening. This is a part of the trend to use Artificial Intelligent and small sensors to improve health care, and we can expect more of such applications shortly.