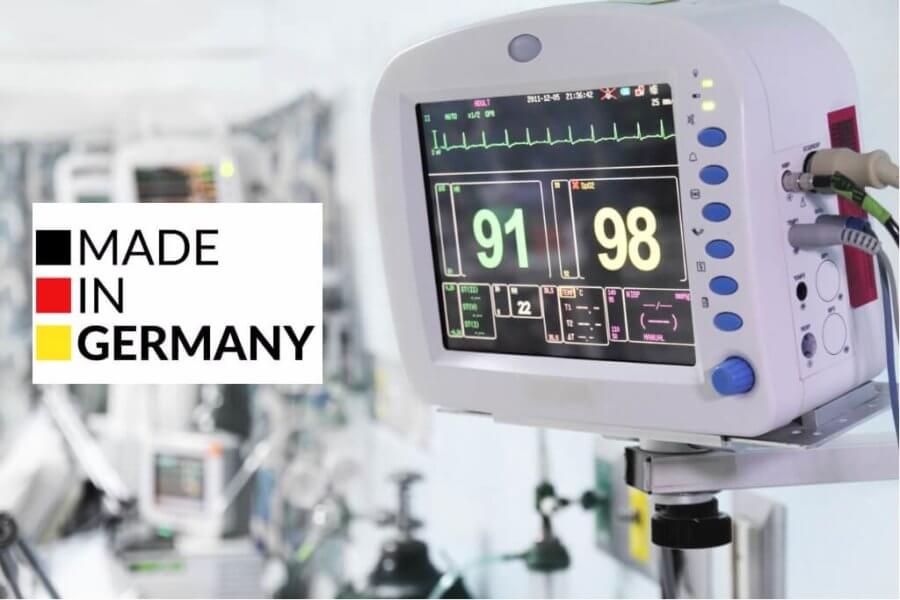 Today, German is the world’s third-largest manufacturing market for medical devices with a share of 10.2 % of the worldwide pharmaceutical technology invention, after the United States (39%) and Japan (6. 1%). Therefore, these numbers make it the largest market for medical devices in Europe. It accounts roughly for 30 Billion Euros annually, with 170,000 employees out of which of these15% are active in R&D. Innovation has branded this sector; a solid financial basis of the medical technology industry in Germany, 80% of which are SMEs.

Statistically, the general market overview is shown below (in million USD)

On 23rd sept 2016, medical fair Asia, an exhibition held in Singapore, it was noted that Asia was poised to step up as the World’s second largest MedTech market. This is contributed by the ever-increasing wealth and increased longevity of Asian citizens. It stated that Asia soon would be second to the US as a MedTech market.

During the exhibition, it was noted that diagnostically-enabled wearables and digitisation of medicine would make a great impact in the worlds MedTech markets.

The ever-increasing demand for MedTech products in Asia pose a real threat to MedTech market in Germany. The demand is initiated by the ever-increasing population, rising influence of religion as well as the ageing population in many of the developed nations. Similarly, the governments have increased the level of investments in research, which has resulted in the emergence of the new range of high-value MedTech products.

The key drivers of the MedTech markets in Asia are China and ASEAN. China in 2014 grew by 42% and is the most significant market in Asia. It is notably the one single market likely to pose a threat to German in the MedTech markets.

Dr Thomas Dietrich, the managing director of the IVAN Microtechnology Network which is a Germany based association of high tech companies, noted that the wearables are in the forefront of the inevitable digitization of medicine, a process that will bring a huge benefit to Asia.

Projections for the next ten years

According to various reports, 7.5% of all spending in total health care is devoted to medical technology.

However, Germany takes the largest market share in Europe with sales amounting to 26.8 Billion accounted every year. Although there are shortages witnessed in many hospitals, the demand for medical equipment has remained stagnant.

Vital Digital Healthcare know-how outlines have had the upper hand in how healthcare operates. 3D Technology, Hyperconnectivity, and Big Data arise in a rising demand for solutions in digital healthcare across  Germany.

According to estimates, the German eHealth marketplace will upsurge to over 3 Billion Euros come the end of 2017, cultivating this section as one of the most capable fields for next investment in the industry. The most common healthcare apps are connected to medical guidance, work out and nutrition these days.

The major challenge facing MedTech in German is China and India which are well-thought-of as leaders in manufacturing of medical equipment. German companies in medics are facing stiff competition concerning cost, personnel, and market apprehension.

So, what is the next move for Germany digital health sector?

The technology in the medical industry stands at crossroads, facing a time of final change. The increasing occurrence of chronic diseases accompanied by shifting healthcare system pushing the call for improved eHealth solutions, analytical and imaging equipment, including the other improved medical devices. On the different view, healthcare spending is progressively limited by stringent public financial budgets and government backing.

The rapidly fluctuating market in digital healthcare is partly accountable for the increase in unions and procurements in the medical device industry. Volume progressively matters in the pharmaceutical segment, as corporations and SME try to find to increase their scale to counteract the competition being witnessed in the market. However, the prime objective should be to pledge to the patients, in Germany in particular and worldwide, in general, to advance advantage from contemporary and secure medical technologies.