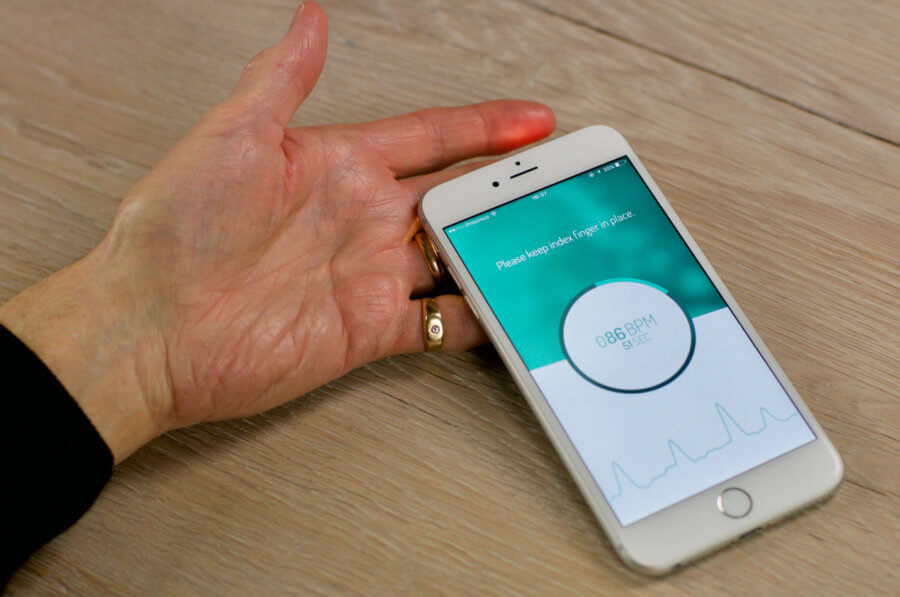 FibriCheck, a Belgian Firm, receives clearance from the US Food and Drug Administration for its smartphone application mHealth, which detects Atrial Fibrillation.

Atrial Fibrillation is the most common heart disorder associated with increased risk for dementia and cerebrovascular incidents. This condition brings with it a high socioeconomic cost and has a negative impact on the life quality. To detect this condition a Belgian company, FibriCheck came up with an application.

FDA granted clearance to this Fibricheck mHealth smartphone application which detects heart rhythm disorders. The app uses the optical signals generated by a non-medical device like a smartwatch or smartphone to detect Atrial Fibrillation. It works without any additional hardware, unlike other Atrial Fibrillation tools.

The application uses the technique of photoplethysmography to detect heartbeats and then derives a heart rhythm. This mHealth app checks for Atrial Fibrillation just by having the person put his finger on the camera of the smartphone or smartwatch.

Once the application gets all the details, it further goes on to ask the user how he feels and whether he experiences any symptoms. This information is then analyzed using the algorithms of artificial intelligence to decide the person’s heartbeat and rhythm. This is how the app works to detect the heart condition that is usually seen in people above the age of forty and increases their chance of having a heart attack by a huge boundary.

The US FDA Administration approved the mHealth application after comparing the results of the app and to the results of an ECG machine. Talking on the FDA clearance, the CEO and co-founder of FibriCheck, Lars Grieten, said that receiving the clearance for the application was not easy. According to him, the most challenging part was to explain the technology thoroughly to the FDA and prove the correct results of the app regardless of the mobile device. He further continued saying that the last ten months were intense, but the excellence and competence of the app team had made it a reality.

After receiving the approval from the European Medical Agency (EMA) in 2016, more than 1000 doctors prescribed it to their patients. The app also received EUR 1.5 million from LRM, a Flanders based investment society and from Volta Ventures.

The FibriCheck mHealth app is prescribed only by the doctors to their patients and a code or an access token traces the application distribution. This medically validated app performs the daily rhythm measurements using the patient’s smartphone and the data accumulated are automatically sent to the doctor or the physician.

This results in two methods of the app implementation. Firstly, the therapeutic intervention of patients, after discovering the high parameters for the Atrial Fibrillation development. Secondly, the monitoring of the heart beats in a home environment post-intervention. The company decides to launch this product in the US market in 2019.