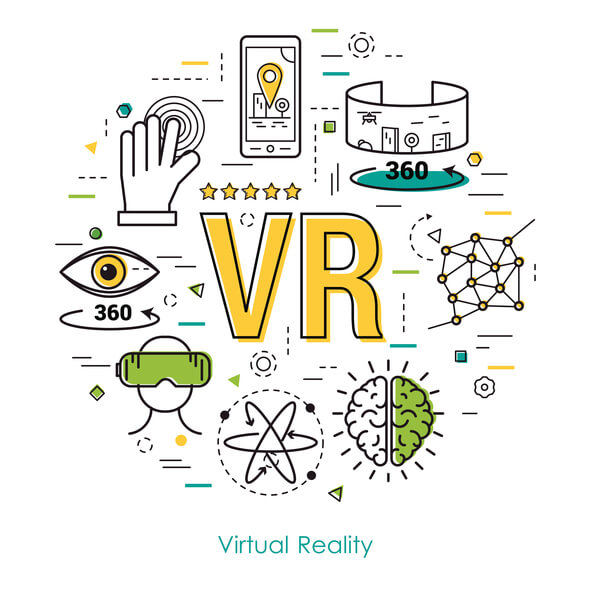 Surgeons are using innovative technologies in virtual, augmented and mixed reality to train their students. Hospitals can transform the medical training process through these techniques. UK hospitals are using virtual and simulation world for training physicians. Microsoft HoloLens is one such mixed reality headset developed by Microsoft, aims at hovering of the 3D holograms.

With VimedixAR, medical students would be able to examine 3D anatomy as vimedixAR allows them to move and interact with the hospital training environment, augmented with holograms. It will make the learning process easier as the learners would practice scanning animated lungs, heart or abdomen. Observing in real-time will help them to understand how ultrasound beam cuts through anatomy, further generating an ultrasound image. The Royal College of Surgeons is pretty much excited to explore the working and application of Microsoft HoloLens. For this reason, the college is planning to team up with the Pearson group to harness the immersive technologies that will be useful in providing training to the students.

Why are VR and AR a hot thing in training physicians?

As per the recent study of Horizon 2016– one of the most esteemed analytical group has emphasized on the virtual reality and augmented reality education in the fields of medicine and physics. VR can transport students to the extreme corners of the human body, leveraging the insurmountable potential of the technology in treating major health disease. Reading pages upon pages accompanied by black and white illustrations would help the researchers in learning the concept with ease.

The University of Melbourne has started implementing the VR technology to train their medical professionals. That is the reason; the teaching staff came up with The Tidal River coast of Wilsons Promontory virtual environment. Students can understand the concept more clearly as every part of the virtual tour is accompanied by textual and visual commentary. The technology allows them to linger in places, thereby catching their attention and giving them an opportunity to learn what they see and how it is related to the subject matter. To give an example, students can find out more about the chemical processes local rock and the consequences linked to that.

Roundmeis another example that works on the VR concept as it helps the user in creating a virtual environment, overlaid with useful information. Panoramic tours boost the learning of subject matter apart from geographical locations. You can create virtual operating theater, that can be used to teach the surgeons-the necessary procedures, later familiarizing them with the tools and equipment.

What are the best applications for this technology?

Your search for astounding VR experience ends with Google Cardboard. This incredible app lets you look at the world with the help of cardboard. Exploring areas with an abundance of joy will undoubtedly enrich your life as many viewer types are available and you are free to find the best fit. Google Cardboard has also been used by the Nicklaus Children’s Hospital in Miami to save baby TeeganLexcen born with one lung and half her heart. VR technology with 360-degree image helped the doctors to plan an innovative surgery technique efficiently.

Patients with Parkinson’s disease and strokes can be treated well with Mind Maze. It is a start-up, founded in the year 2012, makes use of virtual reality, video games and brain imaging to address such patients. This start-up has developed numerous digital treatments by blending augmented reality and virtual reality. Mind Motion Pro helps the patients in providing the virtual environment as per their needs and preferences, hence motivating them to do therapeutic exercise excitingly.

Military veterans primarily suffer Post-Traumatic Stress Disorder (PTSD) when they return from war zones like Iraq and Afghanistan. Oculus Rift and HTC Vive are using VR technology in treating these veterans. Dr. Albert Rizzo, University of Southern California, have taken initiatives to implement this technology so that the doctors can place patients within immersive and realistic scenes that trigger fear or anxiety, further guiding them to cope with the situation effectively.

The University of Washington HIT Lab has collaborated with Harborview Burn Centre to create Snow World, which is a VR pain control environment. The VR technology helps burn patients in reducing their pain. Since the release of Snow World in the year 2003, the developers have made multiple iterations. Patients experience the adventure as they fly through an icy 3D canyon while throwing snowballs at penguins, snowmen, and woolly mammoths. As compared to a Nintendo console, Snow World proved to be better regarding distracting patients from their pain.

The notable performance of VR and AR have changed the entire trajectory of the market. At the start of 2016, it was expected by experts, that this industry would make $4.4 billion regarding VR and AR($3.8 billion in VR and $0.6 billion in AR). However, the predictions failed, and it only resulted in $2.7 billion linked to VR revenue. Pokémon GO counterbalanced this figure as it helped the AR industry to an unbelievable $1.2 billion revenue.

With the penetration of smartphones, there is an enormous potential of increased game-changing VR products into the mass market. The social media giant-Facebook has taken the smart move by purchasing Oculus Rift worth $2 billion in the year 2014. Oculus Rift is gradually becoming the leader in Virtual reality regime. Whereas other big electronic brands such as HTC, Sony, and Samsung is continuously improving and developing products dealing in VR and AR technology. Microsoft’s HoloLens and Google-backed MagicLeapare considered as the key players when it comes to augmented side hardware. Apple is not far behind this race as it has recently acquired AR software maker Metaio, further wrapping their business plans.

Surgical Theater is based on VR and provides the pre-op rehearsal platform for specialized surgeons and neurosurgeons. This process helps them to practice most complex operations so that they can learn and operate well on actual blood and flesh of the people.

Psious uses VR in helping patients to get rid of their fears of public speaking, anxiety, agoraphobia, flying and much more. Patients get into such situations, and their thoughts and imaginations are backed by VR, encouraging them to face such situations. A physician assists the patients during the entire process.

Immersive Touch is responsible for simulating complex surgeries using MRI and CT scans of the patients, thereby providing feedback to the operator with the help of haptic technology. This process helps the students in understanding the disease. The company is working on its 3D realistic surgical environment along with their patented haptic technology.