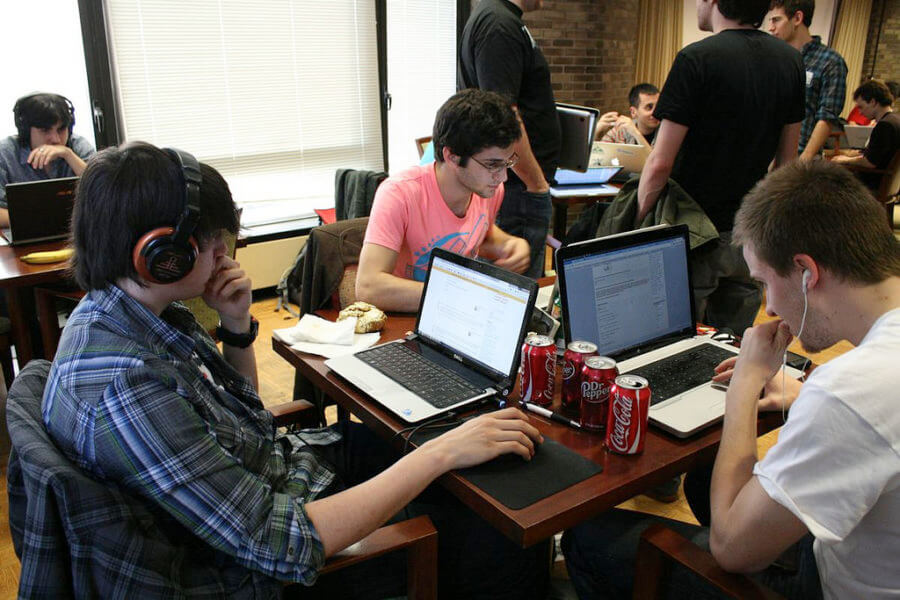 Hackathon is a combination of two words namely; marathon and hack; hack meaning a solution that is obtained via severe innovation and the second world marathon refers merely to an event of concentrated effort and length. What healthcare hackathons seek to do is lead the process of co-creation whereby a collection of professionals across some disciplines such as design, healthcare, engineering, and business helps some teams to come up with remedies and solutions in a format which is limited by time.

Healthcare hackathons engage a four-pronged approach namely: description, identification, implementation as well as alteration. In such forums, every one of the groups chooses of working on a pain point which one of the participants come up with through their daily experience as they work in the healthcare sector. Once a selection is made, the ream goes on to interview people who are relevant as far as the problems are concerned and go on to find solutions.

Some of the top healthcare Hackathons in the world includes MIT Hacking Medicine, as well as Stanford’s health Hackathon and Yales Medical Hackathon.

Without a doubt, healthcare hackathons lead to the development of innovative ideas as a result of the integrated approach which involves some professionals thus bringing diverse perspectives to the table. Quite some startups have since sprung up from such Hackathons.

There appears to be a rise in healthcare Hackathons all over the world; it has since grown from a one-time event into one of global scale with over 80 healthcare hackathons being hosted this year alone in places such as Ecuador, Cambridge, Massachusetts to Quito.

Some of the digital health startups that have evolved from health Hackathons include CAKE ( end of life care) a product of the Medical Hackathon of MIT, PillPack(prescription adherence) which won the MIT medicine hackathon , Augmented Infant Resuscitator (improved bag-valve-mask for neonates) which won the award for the innovation tank at the summit for pediatric innovation at MIT, there is also the YourPacifier which is a software that helps in monitoring the hydration levels of an infant and it is a product of Stanford’s Hackathon.

Another innovation from Stanford’s Hackathon is the Mobile EMT which helps in giving doctors real-time information as regards your vital signs. The concept of measure, build and learn are some of the reasons why hackathon’s can be fruitful especially as regards finding solutions to specific problems, come up with solutions to it and carry out the test for the solutions to point out failures.

Analysing the hype behind healthcare hackathons

It is important to note that software hackathons have been held for some decades and information available indicates that about 36% of teams which were created at hackathon themed events continued to function together after three months. Some critical points should be pointed out, though. First and foremost, the point above does not indicate if there are added pointers to progress being made. Furthermore, unlike what is obtainable in medical technologies, development of software comes with lesser restraints and limitations, and the participants are usually the beneficiaries.

It is worthy of note that there is an active debate going on in the academics as well as the press as regards the actual practicality of healthcare hackathons. On one side is the fact healthcare hackathons are reputed for engaging and empowering some innovators with a view work collectively towards providing solutions which may not be feasible within a commercial or academic setup. There is however a school of thought that suggests that despite the fact that some of these events bring up enthusiasm as a result of the hype that comes with them, healthcare hackathons still fall a little short in term of coming up with long-lasting innovations as a result of the fact that certain medical situations cannot be remediated within a 48 hour time frame.

There is also a group of others who believe that hackathons may end up push away relevant and useful innovation by developing artificial vacuums where solutions are brought up.

Regardless of the ongoing debates as regards the utility and impact of healthcare hackathons, there is no previous outcome of a quantitative evaluation published. It has however been found out that about 30% of teams continued to function together after such hackathons and this brought about 1.8 brand new patents as well as 1.25 new companies and follow-up funding of approximately $5.34 million. It was also discovered that about 25% of the projects which were initiated at such hackathons had gotten to the clinical pilot testing stage or the preclinical stage at least.

It is worthy of note that healthcare Hackathons are a gateway to consistent output especially as regards innovations regarding medical technology innovation which includes clinical trials securing investments, business development as well as the formation of new companies. Results of 12 hackathons between the years 2012 to the year 2015 in countries such as India, Uganda, and the USA were ascertained using surveys that are email based.

The results showed that 331 individuals made available data on 196 out of 356 projects. From this data, about 30.3% of the projects had made some progress after about 12.2 months. The study also indicated that about 24.7% of the teams had come up with pilot tests, with about 11.8% partnering with healthcare providers as well as 6.7% with the patients. In total, about 97 teams came up with business plans

The fact is that healthcare is in great need for solutions that are improved as well as help reduce costs. There has however been recurrent talk as regards if healthcare hackathons represent just a hype of some sort for creative participants or if it is a viable source for some healthcare innovations.

Information available indicates that in three separate locations, healthcare hackathon model which includes targeted post-event support, as well as priming activities, is an excellent source of solutions to challenges in the health sector. To a large extent, these things assist in coming up with a health care system which is designed in such a way as to find a solution to challenges which are not yet remediated.