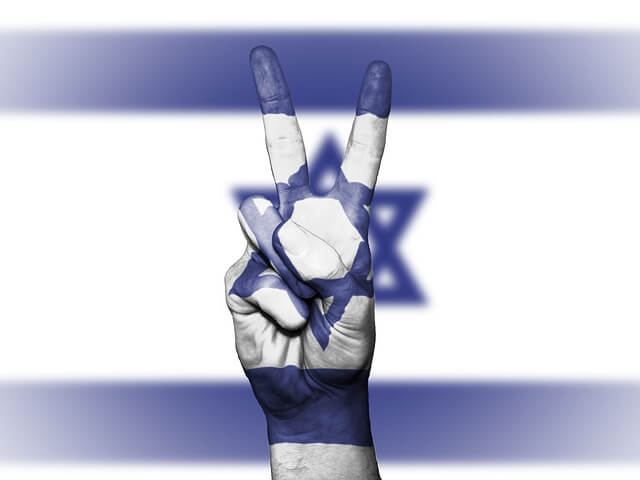 What really is the secret behind the success of startups in Israel?

The current state of startups in Israel

Israel has about 4000 startups, and 40,000 people work in the high-tech industry. This for a small country with nearly eight million inhabitants! Startups contribute 15 percent of the export GDP and raise 2.5 times more venture capital per person than the US and 30 times more than Europeans raise. This makes Israel the second most innovative country globally. However, only about a tenth of employment in Israel is related to this innovation, and most of the ideas are exported rather than brought into production in Israel.

Israeli startups address a wide range of technologies because Israeli tend to avoid group thinking. Cybersecurity has been an essential pillar of this startup boom. However, the sector seems to have lost its growth momentum as it has reached maturity. The Internet of Things (IoT) is another critical market segment for Israeli startups. Many see cars that can drive themselves as something that will become normal in about five years from now, and Isreali companies are active in this technology.

The growth of Israeli advertising technology (adtech) and life sciences is slowing. A prime example of a successful Israeli start-up is Zebra, which has taught an algorithm to identify early signs of breast cancer with the help of thousands of previous mammograms. Israeli companies are also successful in drone technology such as ParaZero that develops safety systems for drones as well as manned aeroplanes. The startup Gett developed an app with which people (Israel, US, UK, Russia) can find a nearby taxi, and also have a courier service delivered the thing. Volkswagen invested 300 million dollars in this company! 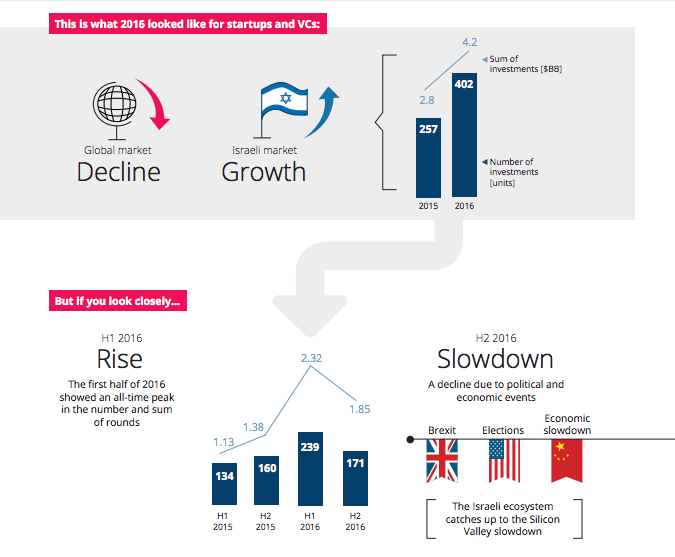 Very rapid growth may be slowing down now, in part through maturation, and in part following a slowing in Silicon Valley and world events such as stagnating economic growth in China, Brexit and the outcome of the US presidential elections.

The market for the Israeli startups

With its small population, Israeli startups focus on export from the beginning. Their primary targets are Europe and the USA, but they are also attracting Chinese and Japanese players. Israeli may be better suited to work in the Chinese market than American companies.

In contrast to US companies, Israeli companies do not plan to own the Chinese customers. Instead, they work with Chinese partners, which leads to less conflict.

Often startups are sold once they become successful, rather than to develop the company further in Israel to start production on site. Large firms such as Oracle, IBM, Facebook. Google and HP are active in Israel and look out for exciting start-ups to acquire. One could say that one of the leading export products is the startup companies themselves. Therefore, Israel has been called an “exit nation”. In 2014, there was $15 billion worth of exits through acquisitions, mergers, and public offerings.

Who finances these startups?

Startups in Israel get most of their investments from Venture Capital (VCs). North America remains the most significant investor in Israeli start-ups, but Asia and Europe are following. Important foreign investors have been Sequoia Capital, Innovation Endeavors and Canaan Partners and Israeli Venture Capital has come from companies such as Viola Ventures (e.g. $5B investment), and Gemini Israel Funds.

However, the VC landscape is quickly changing, with old VC companies retracting offices from Israel and new ones taking their place. Overall, there is more funding, but a lower number of deals, so that early-stage companies are receiving fewer investments.

In 2015 there were 319 worth $1.4 billion, in 2016, 274 sales worth $2.7 billion Part of the capital now comes via crowdfunding. iAngels is a crowdfunding investment network focusing mainly on startups in Israel. It connects investors worldwide with Israeli entrepreneurs in promising technology start-ups. OurCrowd which is the most active funds in Israel. It has already attracted 17,000 investors since it was founded in 2012. Even though OurCrowd is open to anyone, it is apparently targeting Jews abroad. Indeed, most of the investors are Jews elsewhere that are not only interested in returns, but also in contributing to their homeland.

These new platforms to attract investments in startups have become important because between two and four percent of funding has been acquired through such platforms. Because these investments tend to go to early-stage companies, they have a substantial impact, mainly because government investment is scarce at the early stages. 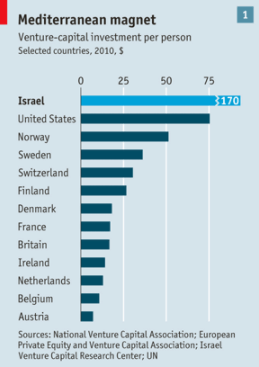 The success of Israel as a startup nation has been made possible by the 1985 reforms that brought economic stability and opportunities for business. The government initiative Yozma nurtured Israel’s venture-capital sector by offering tax incentives to entrepreneurs and investors. Nevertheless, Israel has only an average rank (53) in the ‘ease of making business’ list brought of the World Bank.

Other factors that have contributed to Israeli success includes the mandatory military service in which young people get opportunities to work on complex military problems and learn leadership skills. Also, Israeli universities emphasise interdisciplinary studies, and most graduates major in two subjects.

The small size of the country even creates a closeness, so people know each other and potential investors have a better idea about the skills and personality of the entrepreneurs that are usually the case.

Israel invests more per capita in Research and Development

However, a decisive factor seems to be the mentality of the people, because even Israelis abroad more often found successful companies. Israeli innovators like to get things done fast and do not mind about failures. They do not waste time on contingency plans. Perhaps this reflects the mentality of immigrants or the lack of natural resources in Israel, which demands innovation to survive.

Furthermore, there is a robust public culture of debate, with little regard for authority, which makes that good idea win the day. This culture of debate is also part of the Israeli defence forces, where many young people learn essential skills in innovation and leadership.

The startup sphere in Israel continues to grow fast, despite worldwide economic and political struggles.

In Israel, people with a creative mindset are developing themselves in schools, university and even the army to become original innovators that get things done rapidly.

Yet as many will fail, they pick themselves up and use that experience to succeed the next time around or the following. Their impact on the world economy will grow. They are essential to the US and Europe, but also China and other nations where their style may fit better than the American way.