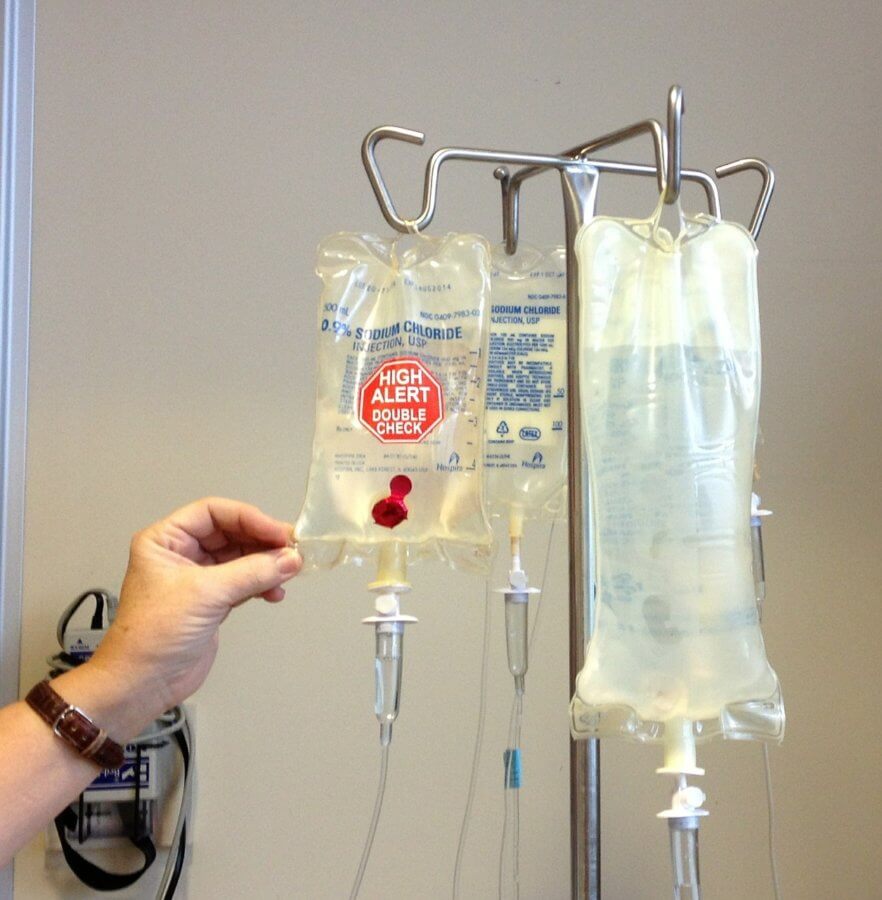 Chemotherapy patients might get relief from the side effects of the chemo drugs soon, as a new 3D-printed device has been developed by scientists for the purpose. The device absorbs the excess chemotherapy drugs in the body, stopping them from spreading in the body. It can help in reducing side effects like heart failure, nausea, and hair loss.

According to the ACS Central Science journal, most of the patients undergoing chemotherapy cannot tolerate large amounts of Doxorubicin (a chemo drug that kills tumour cells). While higher doses of the drug mean better effectiveness, it can also increase the risk of heart failure alongside other side effects.

The scientists that have come up with the innovative device started by thinking if they could build a device to filter out excess Doxorubicin. This could prevent the drug from harming healthy cells, significantly reducing the intensity of side effects.

During the process of making the device, a 3D printed was used to fabricate very tiny cylinders of our poly(ethylene glycol) diacrylate. A square lattice structure inside the cylinders allows blood cells to pass through, and a copolymer coating directly binds with Doxorubicin.

These absorbers were tested on pigs. Researchers inserted the device into a vein, and inject Doxorubicin into that specific vein. They found that the drug flowed to the device, which captured 64% of the drug flowing in the blood. The concentration measurements of the drug before and after inserting the new absorbing device were poles apart.

The new 3D printed device could open up a new branch in medical devices and help patients deal with cancer and chemotherapy.

Even though the idea of 3D printed medical devices sounds convenient and affordable, it could become really difficult for authorities to regulate them. Unlike traditional devices that require a manufacturing facility, 3D printed devices could be printed by anyone, anywhere. The FDA would be unable to trace the location and creator of such devices, thus being unable to control the quality and standards. Although the FDA is making some progress and is trying to come up with standards that cover 3D printing, it is still a challenging problem to tackle.

The medical devices that are 3D printed and currently selling in the US are in the first class. This means that those devices have proven to be similar to a traditionally manufactured product that is already in the market.

Also, complicated 3D printed devices like prostheses are harder to regulate, as they are patient-specific in nature.

Instead of coming in one size that fits all, such customizable products make it impossible to test every single device that is 3D printed.

Keeping that in mind, it is safe to conclude that regulations are definitely slowing down innovation in the medical field. A company or manufacturer having a great idea for a 3D printed medical device will find it extremely difficult to execute the idea because of the complex regulatory and legal process.

And not complying with industry standards is not an option if companies want to stay in business. So, until the regulatory authorities find a smooth way to promote 3D printed medical devices, the market for such things is going to be cold for now.