Meet hygiene robots which clean hospitals without touching anything 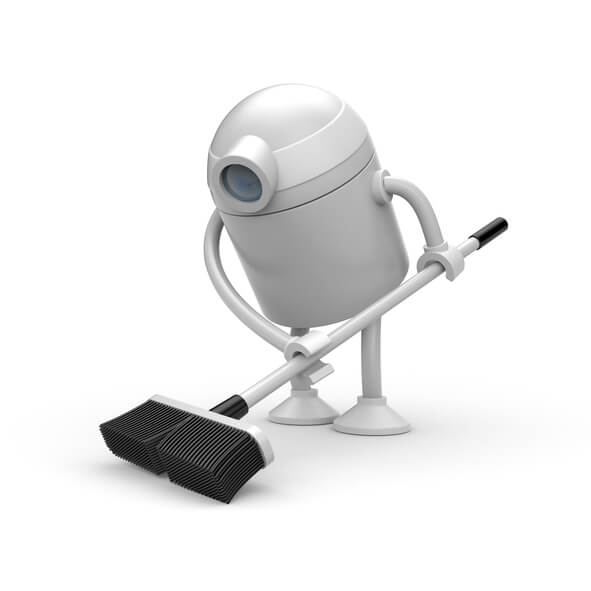 Healthcare-associated infections (HAIs) are caused by multidrug-resistant organisms(MDROs) and deadly pathogens. Various hospitals across the globe are struggling hard to fight HAIs. The arrival of Carbapenem-Resistant Enterobacteriaceae (CRE) in the U.S. forced healthcare providers to deploy LightStrike Germ-Zapping Robot room disinfection technology so that they can destroy CRE, deadly pathogens and other bacteria, further saving patient’s life. With the advancement of this germ killing robot technology, also being called as hygiene robots, hospitals will be able to fight infections that are caused by various pathogens, including MRSA, in accordance with Acinetobacter, Bauman Nii and Clostridium.

Following this, Xenex disinfection services have introduced Pulsed xenon ultraviolet light disinfection robot in the year 2010. This robot has proved its effectiveness by drastically reducing the HAI. Superbug C.diff which is considered as a most infectious pathogen, residing on high-touch surfaces 10 to 15 minutes per room is being killed by Pulsed xenon UV light robot. Hospital workers and staff are trained to use this robot.

Which technology is used in the Xenex system?

How are hygiene robots more efficient than traditional workflow?

These rays cause damage to the DNA of such pathogen hence restricting them to reproduce further and multiply. The process of germ killing is done on the surface without any use of chemicals. PX-UV ‘s full germicidal spectrum is capable of eliminating a vast range of pathogens affected at the rate of 99.9%. PX-UV was successful in testing the full spectrum UV on 22 microorganisms studying nearly 2,000 samples in various autonomous labs all over the world. Due to this, with hospitals have experienced 50%-100% decline in patients suffering from CRE and other pathogens. Studies also state that Xenex system is 20 times more efficient when compared to standard chemical cleaning products and devices. A team from Northern Ohio hospitals have examined the effectiveness of this robot in the year 2015. Their studies state that PX-UV was highly effective in killing MRSA, C. difficile and VRE that are present in rooms, having high pathogen concentration and glass surfaces. Another study by Trinity Medical Center states that PX-UV had a positive impact regarding patient satisfaction. Satisfaction was determined using the Hospital Consumer Assessment of Healthcare Providers and Systems (HCAHPS) survey. Sanitation of the clinic surroundings was one of the questions mentioned in the HCAHPS survey.

What’s the role of hygiene in hospitals (multi-resistant bugs)?

The health of hospital plays a vital role in treating the disease of the patient. High touch surfaces in the patient surrounding are more prone to pathogens and other bacteria’s. Traditional cleaning of such environment seems to fail. This is the reason that many hospitals are aiming towards new technologies to advance standard cleaning protocols. Morris Miller, who is the CEO of Xenex Disinfection Services said that these pathogens continue to kill hundreds of people in the US. Antibiotics to such superbugs such as CRE are lacking, but advancement in technology is helping in destroying these bacteria.

In the US, approximately the same number of people die from hospital-acquired infections (HAIs) as from AIDS, breast cancer and auto accidents combined. Patients acquire HAIs while they receive care at hospitals for another condition. These infections, such as MRSA (methicillin-resistant Staphylococcus aureus) and C. diff (Clostridium difficile), can prove fatal for patients. Current statistics show that in the US, 1 in every 25 patients will contract an HAI and of those, 1 in 9 will die. Hospital acquired infections(HAIs) cost the healthcare industry upwards of $30 billion annually.

The study titled “Impact of pulsed xenon ultraviolet light on hospital-acquired infection (HAI) rates in a community hospital” analyzed the efficacy of pulsed xenon light in two different deployment strategies. The difference in infection rate reduction was associated with the two different utilization strategies, which indicates best practices for pulsed xenon disinfection. ICU discharges and transfers were disinfected with Xenex Germ-Zapping Robots with a goal of cleaning all terminals. As a result, the combined VRE, MRSA, and C.diff infection rates decreased 61 percent. Non-ICU discharges and transfers were disinfected with Xenex robots for C. diff cases only, resulting in a 29 percent decrease in VRE, MRSA, and C.diff infection rates facility wide.